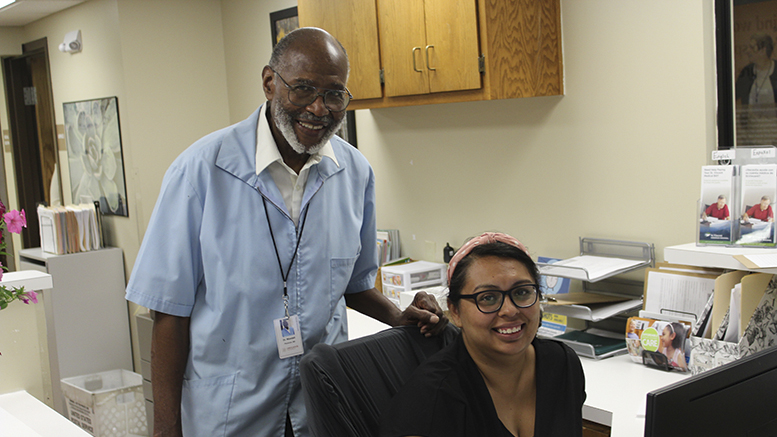 The annual awards program honors individuals and organizations that have made significant impact on the quality of healthcare in Central Indiana, nominated from a 9-county footprint. Three honorees are selected for recognition in each of 5 categories.

Woodall’s honor comes in the “Physician” category and recognizes his impact on positive clinical outcomes and community health during his more-than 50-year tenure as a physician.

Woodall was an integral part of Open Door’s education efforts early in vaccine availability, participating in an informational panel featuring questions gathered from the East Central Indiana community. Video of the panel was shared across multiple online platforms with special emphasis on reaching populations hesitant to seek immunization, as well as populations being disproportionately impacted by Covid.

Clinical impact cited in his award include improvement in 11 of 13 health outcome measures during 2021 at Open Door’s Anderson health center, where Woodall practices. Visits at the site increased nearly 20% since his joining the Anderson team in 2019.

“Dr. Woodall is a staple in the community. We have patients who come in and specifically request him, and he’s always willing to work people in for same-day needs,” said Ashley Wilson, vice president of operations at Open Door. “He is a positive force.”

As a young boy, Woodall and his family joined the Great Migration moving north from southern states. They got off the train in Anderson with intention to continue north, but they missed their next train, and this is how Madison County became “home” and the place Dr. Woodall would choose to serve local families as their physician for five decades.

Dr. Woodall graduated from IU School of Medicine. After serving in the U.S. Air Force from 1970-72, he began his career in family medicine, which spans private practice, hospital, and community health center settings. In 2018, Dr. Woodall received the NAACP B. Harry Beckham Award for volunteerism and dedication to caring for families.