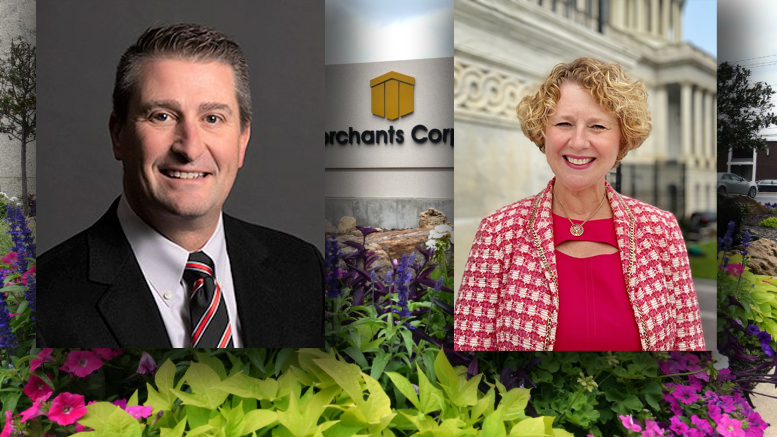 Mark Hardwick and Susan Brooks are new board members at First Merchants Corporation.

“First Merchants’ Board of Directors is happy to welcome Mr. Hardwick and Ms. Brooks, both of whom are exemplary leaders, to our board,” said Board Chairman Charles E. Schalliol. “I believe First Merchants shareholders and clients will share our enthusiasm in welcoming their leadership, experience and acumen to our Board.”

Hardwick joined First Merchants in November 1997 as Corporate Controller and was promoted to Chief Financial Officer in April 2002. In June 2007, Hardwick also assumed all leadership responsibilities related to operations, technology and risk management for the corporation. In 2016, Hardwick’s title expanded to include Chief Operating Officer, overseeing the leadership responsibilities for finance, operations, technology, risk, legal and facilities for the corporation. In 2020, the company named him Chief Executive Officer effective Jan. 1, 2021.

“This is an exciting time for First Merchants as we seek to enhance the financial wellness of the diverse communities we serve while maintaining the company’s track record of high performance,” said Hardwick. “I have a passion for our profession and look forward to leveraging my experience and history with First Merchants to provide counsel and leadership on the Board. When our teammates, clients and local leaders work together, the positive impact on communities can be life-changing.”

Brooks was elected to Congress in 2012 and recently retired after four terms of exemplary public service. She introduced key legislation to reform the nation’s emergency response program and to develop best practices in the fight against drug overdoses. She chaired the House Ethics Committee in 2017 and 2018 and was known for her bipartisan relationships and her commitment to economic development in her district, which spans eight counties throughout Central Indiana.

“First Merchants is a high-performing company that has proven its commitment to clients and communities for more than 125 years,” she said. “I believe accountability and sound execution provide the foundation for success, and First Merchants shares that belief. I look forward to beginning my term and collaborating with some of the Midwest’s top business and community leaders.”

Both new directors bring a wealth of experience to the Board. Before her congressional terms, Brooks served six years as U.S. Attorney for the Southern District of Indiana, was General Counsel for Ivy Tech Community College and was Deputy Mayor to Indianapolis Mayor Stephen Goldsmith in 1998-99.