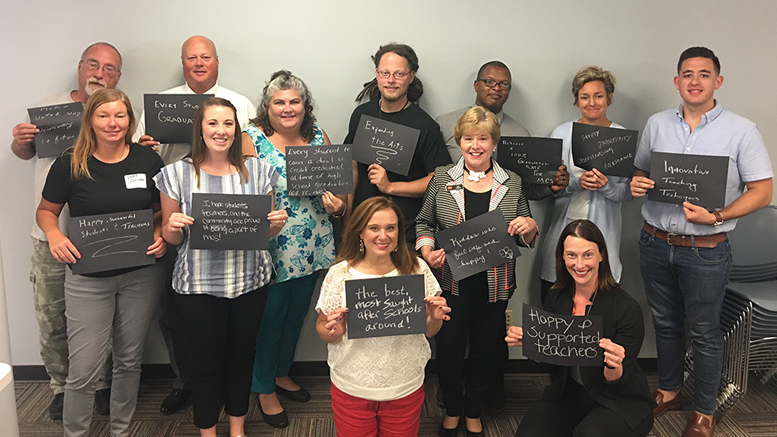 "Loaned Executives who are telling the United Way story to others." Photo provided

Muncie, IN—A record number of early and mid-career professionals – 26 – are this year’s foot soldiers in the fundraising campaign for United Way of Delaware and Henry Counties. The Loaned Executives or “LEs” make one-on-one calls on the community’s top executives and their staffs, telling the United Way story.

It is designed to be a sophisticated program for oftentimes young professionals, who learn the latest tools and techniques in sales and promotion, and a home-grown pool of philanthropic-minded and future non-profit talent for United Way. 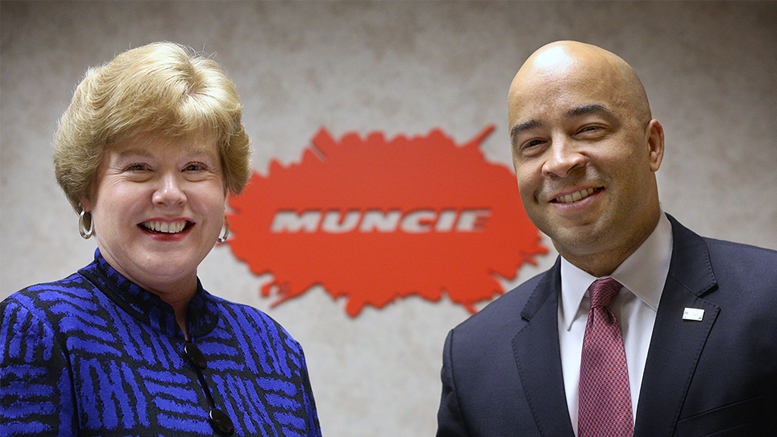 “Many are new to the world of United Way and very interested in knowing more and connecting to the community,” Stanley said. “They are particularly interested in the networking piece, meeting other professionals and broadening their skills.”

The Loaned Executives are one tool deployed community-wide to raise dollars for the 2019 fundraising campaign. And the stakes are high. United Way of Delaware County has exceeded its goal each of the last two years and it wants to keep the momentum. The Loaned Executives are among the front line soldiers, asking the community to make pledges to help UWDCHC reach its strategic goal – ending generational poverty through early childhood reading and education.

For their part, Stanley and co-LE program leader Kristen McCauliff, Associate Provost for Faculty Affairs and Professional Developmentat Ball State University, say they have improved upon what already was there. “I feel like we’ve improved on what we’re offering and to the overall experience,” McCauliff said. “If they can do this, they’ll be ready to serve on not-for-profit boards and be able to contribute to the community in many ways.” Stanley and McCauliff are serving a second year as co-leads. Succession is another side benefit of the high-level networking group. Next year, they’ll pass the baton and leadership will come from the LE class.

It’s a generational problem that United Way has taken aim at through its support of early childhood education, specifically programs that increase third-grade level reading attainment, a key benchmark for success later in life.

As grim as those statistics may sound, the money raised for United Way non-profits throughout the county that have a tie to the central goal of ending generational poverty.

The “LEs,” as they are called, learn skills that not only benefit the United Way fundraising campaign but the loaned executives return to their employers with sharpened skills and more focus about who they are and what they can achieve when they have a purpose in mind. If you’re interested in the Loaned Executive Program contact United Way invitedtoliveunited.org.

United Way of Delaware and Henry Counties focusing resources on education, health, and financial stability. The nonprofit fights to create lasting change in community conditions. With its bold goal to reach grade-level reading by 2024, United Way works to help children read at or above grade level by the end of their third-grade year. Learn more at invitedtoliveunited.org.