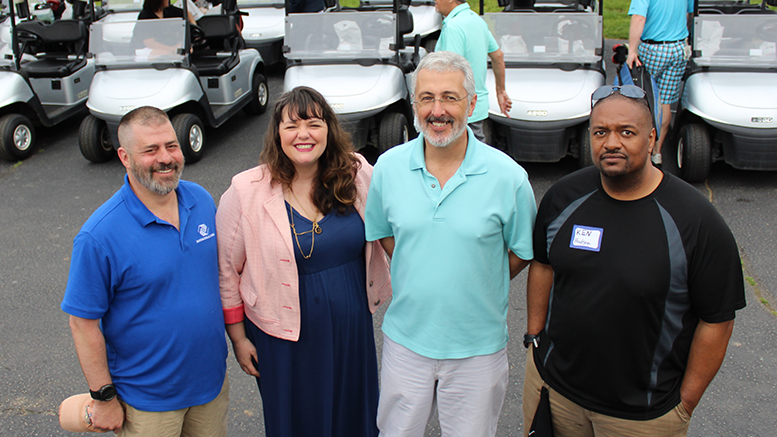 The event, formally called “100 Men Who Golf” was renamed “The Community Cup” with the intent of involving the entire community of Muncie to honor the sprit of the Community Champions Fund which awards grants to various organization within Delaware County and was funded by this event and two others including “100 Men Who Cook”.

The Community Cup was sponsored by Open Door Health Services as the Title Sponsor and later joined by Mutual Bank, Shafer Leadership Academy, First Merchants Bank and Cardinal Clinic Chiropractic. Other sponsors that made the event a success included Texas Roadhouse of Muncie who provided a BBQ meal for golfers and volunteers, Stoops Automotive who provided a chance to win a 2019 Buick Encore and an $800 prize package from Oakley, Muncie Midas, Taco Bell, Turner Ice, Walmart, Little Caesars, and other volunteers who baked cookies for the event.

The Community Cup Charitable Golf Event raised over $21,000 for the charities involved. “This funding is vital to the existence of small non-profits who may not have the name recognition of other larger agencies,” said Ken Hudson, director of the Whitely Community Council. Bryan Ayars, CEO of Open Door Health Services, said of the event, “The Community Cup event is another example of local non-profits recognizing that only by collaborating to strengthen each other will we successfully improve the lives of those who live and work in the communities we serve.”

The Whitely Community Council will look to rotate different organizations in and out of the event in the future in order to create a more comprehensive approach to service fundraising in the community and provide support to a greater number of Muncie’s residents.

Ken Hudson, director of the Whitely Community Council said, “It is always more important to lift up others. So often our first thoughts are directed inward when they should be directed outward. The Whitely Community has always believed in the strength that comes from partnerships and would like to thank Big Brothers Big Sisters and the Boys & Girls Clubs of Muncie for joining us in our first Golf Event fundraiser.

“Thank you to all who donated and played. I hope you had as much fun as I did.”