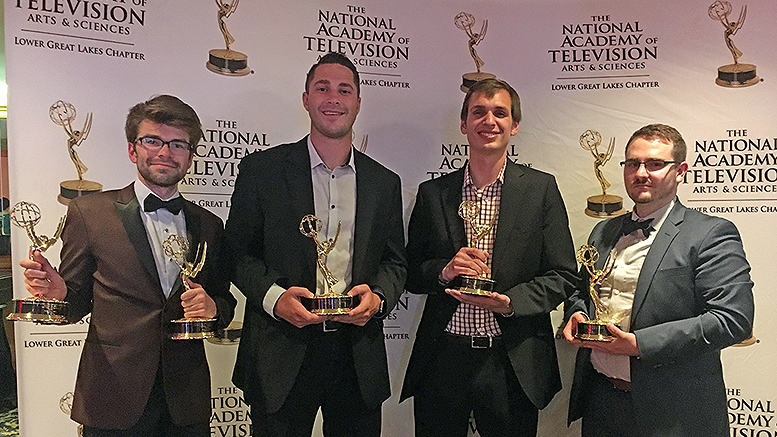 Ryan Shank, a 2018 graduate (Department of Telecommunications), was a double winner for the WIPB-TV production of “The Story of Jim Davis,” with one Emmy for directing, and a second as producer, sharing that award with 2019 graduate Emily Holland (producer) and 2018 graduate Jay Fields (assistant producer).

The awards for the 2018 creations mark the 19th consecutive year that Ball State students, faculty, or staff have been honored by the regional chapter of the National Academy of Television Arts and Sciences, and brings Ball State’s Emmy total to 74.