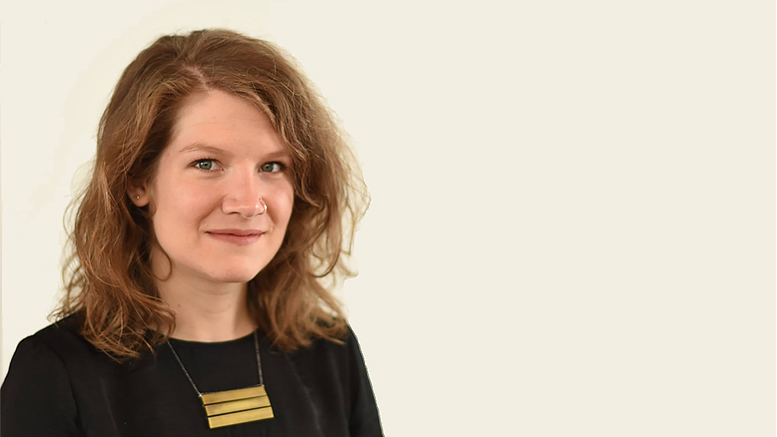 Muncie, IN—The Board of Directors of the Muncie Arts and Culture Council is excited to announce the appointment of Braydee Euliss as the Council’s next Executive Director. In her position as a former member of the Board, Braydee has led and/or been actively engaged in a number of Muncie Arts and Culture Council initiatives including planning and scheduling First Thursday programming in the beginning days of Madjax and the development of a successful proposal to the National Endowment of the Arts Our Town program that will initiate an Artists-in-Residence program for Muncie. Braydee has also been managing MACC’s social media presence, including helping to redesign the MuncieArts.org website.

In addition to the many awards received while completing her BFA at Ball State University, Braydee Euliss won the Inaugural Mayor’s Arts Award for Next Generation Artist in 2015 and was named by M Magazine as one of Muncie’s 20 Under 40 Next Generation Leaders the following year. Braydee comes to her position at Muncie Arts and Culture Council from Gordy Fine Art and Framing Company. During her ten years there, she has curated numerous gallery exhibitions and aided many customers with custom framing solutions. She has also been an invaluable support to both sets of business owners – Brian & Genny Gordy and Carl & Barbara Schafer. Braydee is also known throughout the community for her work with We’re Trying Collective that led the design and painting of the new mural on the side of the Mark III Taproom in downtown Muncie and her role as co-founder and co-host of Final Fridays at the David Owsley Museum of Art.

Braydee begins full time with Muncie Arts and Culture Council on September 18. She has already been working alongside previous executive director, Sherri Contos. Sherri is working closely with Braydee to ensure a smooth transition. Braydee’s past and current work with Muncie Arts and Culture Council are also vital to her ability to readily step into her new role. “I’ve been a strong supporter of Muncie Arts & Culture Council’s mission since the organization began,” said Braydee. “It’s thrilling to move into a position that prioritizes elevating and celebrating the Arts throughout our city!”

The MACC board wishes to publicly express its appreciation to Sherri  for the great job over the past few years raising MACC’s public profile, helping to create a partnership with the City of Muncie, and representing MACC on the “new” cultural trail steering committee after helping MACC create the original trail. Sherri has also been successful raising funds through grants and sponsorships, creating partnerships, and starting new initiatives, leaving MACC on firm footing. We appreciate all that she has accomplished during her tenure with MACC and have no doubt that she will be successful wherever her muse takes her next.

Braydee’s first public role will be on September 26 as Muncie Arts and Culture Council presents the Second Biennial Mayor’s Arts Awards. Braydee Euliss is an accomplished artist with a solid commitment to bettering Muncie through the arts. The MACC Board looks forward to what we will accomplish under her leadership.

For more information on the Muncie Arts and Culture Council, visit www.munciearts.org . Follow us on Facebook and Twitter for the most up-to-date information on our events, including the Mayor’s Arts Awards.

The Muncie Arts and Culture Council is the official “Arts Partner” for the City of Muncie.  As Arts Partner, we integrate the arts into municipal initiatives that involve Economic Development and Quality of Place.  As an arts alliance, we strive to build community among artists and arts organizations, and be a resource that enables professional growth and opportunity.