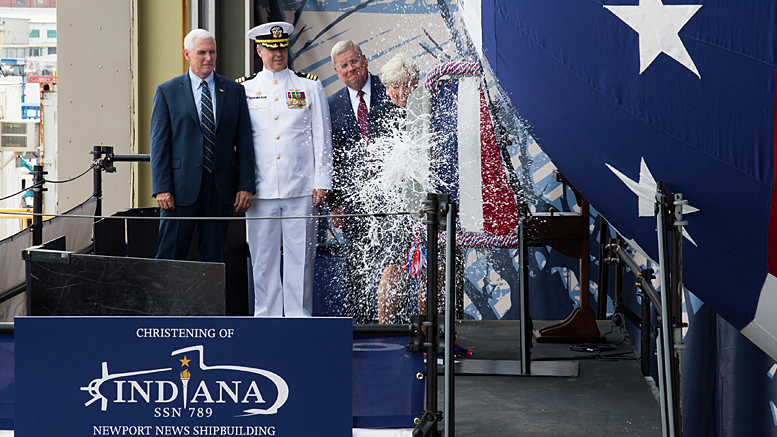 Vice President Mike Pence, who previously served as the 50th governor of Indiana, delivered the ceremony’s principal address. Diane Donald, wife of retired Adm. Kirkland H. Donald, director of Naval Nuclear Propulsion from 2004 to 2012, is serving as the ship’s sponsor.

“The christening of the future USS Indiana brings this technological marvel one step closer to joining the world’s preeminent submarine force,” said the Honorable Sean Stackley, acting secretary of the Navy. “Thanks to the hard work, dedication and unparalleled skill of our nation’s shipbuilders, who continue to produce the finest submarines in the world, our Navy will continue to dominate the undersea domain long into the future.”

The submarine, which began construction in 2012, will be the third U.S. Navy ship to be christened with the name Indiana. The first Indiana (BB-1), the lead ship of her class of battleship, served in the North Atlantic and later participated in the blockade of Santiago de Cuba during the Spanish-American War. The second Indiana (BB-58) was a South Dakota-class battleship that earned nine battle stars for her service in the Pacific Theater in World War II. BB-58 fought in the Battle of the Philippine Sea and participated in the invasions of Tarawa, Kwajalein and Okinawa, and bombarded Saipan, the Palau Islands, the Philippines and Iwo Jima.

Indiana will have the capability to attack targets ashore with highly accurate Tomahawk cruise missiles and conduct covert long-term surveillance of land areas, littoral waters or other sea-based forces. Other missions include anti-submarine and anti-ship warfare; mine delivery and minefield mapping; and special forces delivery and support.

Virginia-class submarines, built under a unique teaming arrangement between General Dynamics Electric Boat and Huntington Ingalls Industries-Newport News, are 7,800 tons and 377 feet in length, have a beam of 34 feet, and can operate at more than 25 knots submerged. They are built with a reactor plant that will not require refueling during the planned life of the ship-reducing lifecycle costs while increasing underway time.

Watch the ceremony via the video above and listen to Vice President Mike Pence’s address.

Thank you very much for your support of the men and women in U.S. Navy, deployed around the clock and ready to protect and defend America on the world’s oceans. 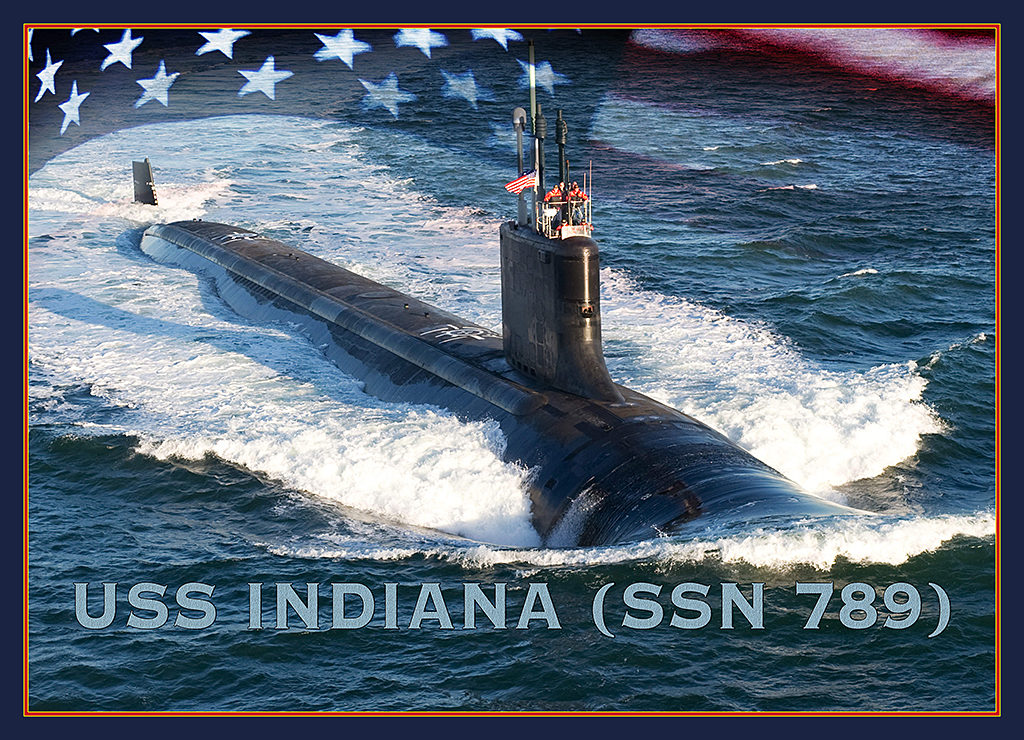 Kayla Good is with the US Navy Office of Community Outreach