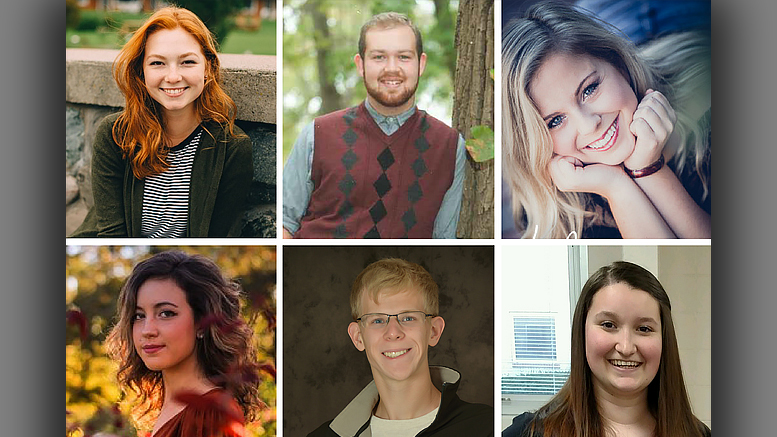 The Robert and Wanda McKibben Scholarship was created by Robert McKibben in memory of his wife and their life together. During his life, he planned for the establishment of the scholarship fund and established the criteria, which would be realized through his estate plan. Because of his planned gift, Mr. McKibben was a recognized member of The Community Foundation’s Legacy Society.

Robert and Wanda McKibben were both raised in Yorktown and graduated from Yorktown schools. They raised a family in the same area. “My parents were very active in their support of Yorktown sports, particularly high school basketball. So, my father directed that primary consideration be given to student athletes,” said Jeffrey McKibben, son of Robert and Wanda McKibben. “In addition, it was important that the prospective student distinguish themselves by their involvement in giving of their time and/or abilities to the Yorktown community.”

The Robert and Wanda McKibben Scholarship is awarded to graduating seniors from Yorktown High School planning to attend a four year private or public Indiana institution to obtain a baccalaureate degree.  Recipients must have a minimum GPA of 3.0, demonstrate good citizenship, and be a good person who is “willing to try.”  Consideration is given to financial need, participation and leadership in school activities, involvement in community service activities, and involvement on Yorktown High School athletic teams.  Preference is given to a first generation college student.

Kline plans to attend Butler University to study critical communications and media. She is the daughter of Jeff Kline and Lorie Kline.

Phillips plans to attend Indiana Tech to study criminal justice. He is the son of David and Gina Phillips.

Reed plans to attend Indiana University. She is the daughter of Ted and Angie Reed.

Rees plans to attend Ball State University to study optometry. She is the daughter of Steve and Tina Rees.

Smith plans to attend Purdue University to study mechanical engineering. He is the son of Dwayne and Tracy Smith.

Willitzer plans to attend Indiana University to study biology (pre-medicine). She is the daughter of Jeff and Amy Willitzer.

Visit the ‘Our Scholars’ page at cfmdin.org/our-scholars for the ever-growing photo gallery of all the 2017 Foundation Scholars.