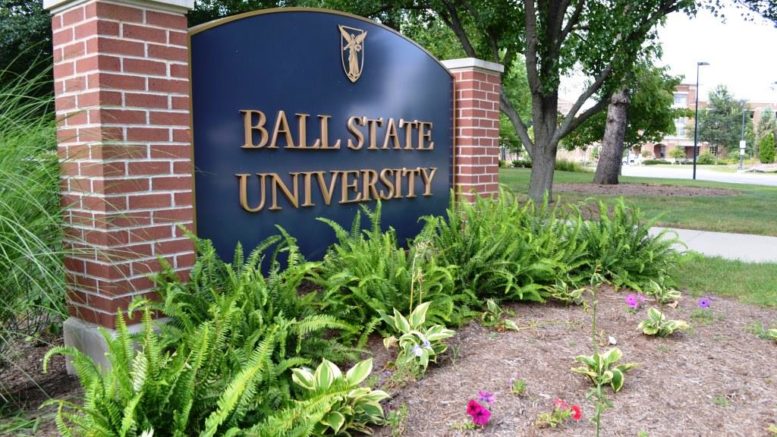 MUNCIE, Ind. — Noting lawmakers’ confidence in Ball State University and strong internal financial management, the Board of Trustees on Friday reviewed the results of the recently completed session of the Indiana legislature and the university’s financial position. Members of the General Assembly completed work on the state’s biennial budget in late April, reaffirming their commitment to higher education as a whole, and Ball State University specifically, during this session.

Indiana lawmakers approved a 3.2 percent and 1.7 percent increase, respectively, for Ball State operating appropriations for fiscal years 2017-18 and 2018-19. State appropriations represent about a third of the university general fund budget.

That support, and continued prudent management of these funds, has led the board to announce it will adopt on June 7 the lowest proposed tuition increase at Ball State in more than 40 years. The 1.25 percent proposed increase in base tuition for Indiana resident undergraduate students is the result of continued hard work and diligence on the part of the dedicated administration, faculty and staff, said Board Chair Rick Hall.

“The lowest tuition increase in 41 years has come as a result of the long-range, strategic planning efforts of the university that reflect not only a strong commitment to high academic quality but also a focus on affordability,” Hall said.

The board will formally consider the adoption of tuition and fees and passage of the fiscal year 2018 budget at the June 7 meeting.

State lawmakers also agreed to fully fund Phase II of the Science Technology Engineering and Math (STEM) and Health Professions Facility Expansion Project. The move allows the foundational sciences academic programs to grow on campus and will serve as a vital pipeline to the state’s life sciences sector.

The total project cost for the new 175,000-square-foot facility will be $87.5 million, funded through bonds, and will advance the university’s priorities on providing students with educational opportunities in cutting-edge environments that simulate the worlds in which they will work after graduation.

Work will soon begin on Phase I of the STEM and Health Professions Facility Expansion Project. The $62.5 million health professions building will be located in the East Quad at the southeast corner of Riverside Avenue and Martin Street. That project is currently in the competitive bidding stage, and construction is expected to start in late June. The new building will encompass about 165,000 square feet and have classrooms, laboratories, offices, a resource hub, simulation labs/suites and clinical spaces.

Additionally, the administration reported to the board that student enrollment efforts for the fall are trending positively. Applications from would-be members of the Class of 2021 are keeping pace with the record number submitted a year ago, and this group’s diversity outpaces that of any in recent history.

Hall conveyed that the strong legislative support, low tuition increase and robust enrollment reflected the health of the institution.

“Thanks to the collective efforts of the entire university community, Ball State approaches its 100th anniversary from a position of strength,” Hall said. “As we welcome the leadership of Geoff Mearns as our 17th president, we look forward to even greater success.”

The board also approved the realignment of the College of Applied Sciences and Technology, which Interim President Terry King indicated was another example of how university leadership continues to put student success first. “Moving the academic programs within CAST to other colleges allows the students in those programs and units to flourish by providing each the resources and support to more efficiently pursue academic excellence,” King said.

The fabrication/3-D printing program is still being reviewed to ensure those students and faculty are paired with the college that best positions them for the future.

Finally, the board approved the naming of Hollis E. Hughes Jr. Assembly Hall in the Alumni Center in honor of the trustee who retired in December after 28 years of service.

“Hollis has lived his life in service to others, and he and his wife, Lavera, who sadly passed away in December, provided examples for us all,” Hall said. “It’s a privilege to be able to return a small token of our gratitude for his unwavering commitment to this university. It is an honor to call him colleague and friend.”

During his time on the board, Hughes, ’65 MA ’72, served as president (2011-14) and as secretary (2006-11) and was instrumental in helping to shape the growth and expansion of the university’s campus, especially during the Ball State Bold and Cardinal Commitment capital campaigns.

In December, Hughes was named a Sagamore of the Wabash by then-Gov. Mike Pence. He is the former president and chief executive officer of the United Way of St. Joseph County and is a past director of South Bend’s Model Cities Program.