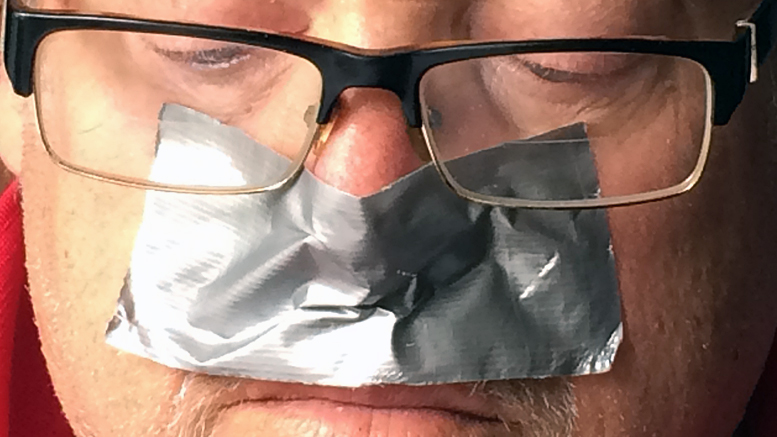 There aren’t many physical activities I’m really good at, but one of them is definitely snoring.

In noting this, I am not tooting my own horn, forgive the pun. Based on my personal knowledge, I would say I am lousy at snoring, a guy who peacefully slips off to Nappyland every night without making a peep.

It’s my wife, Nan, who told me I am great at snoring.

Well, she never actually “told” me so.

What happened was, for years I woke up short of breath and with an inexplicable tightness in my throat. Then Nan admitted she had been trying to strangle me. That was just her way of saying that when it comes to making inhuman, ungodly, infuriating noises that rob her of sleep all night long, I am snoring’s version of LeBron James.

Now, I know snoring is not good for you, since it can signal sleep apnea. Sleep apnea is a very serious medical problem. How can I put this in the light-hearted vein of what is supposed to be a humor column without spoiling the mood? OK, OK. Sleep apnea can punch your eternal ticket for the proverbial sleeping car on the next train chugging into Deadville. Get my drift? If you suspect having sleep apnea, SEE YOUR DOCTOR!!! Treatment devices are improving all the time, including the convenience of using CPAP machines.

Way back when, using the mask for my first CPAP machine was like sleeping with an octopus strapped to my face.

But apart from the serious treatments targeting sleep apnea, there are also snoring conditions other products claim to relieve. Before our recent vacation I wondered, would a new product I’d heard about work for me?  Or would once again Nan end up sleeping inside our plush resort while I was forced to sleep out on the beach with the crabs?

So I went to the drugstore, bought the new product and tried it.

Guess what!?!? I slept with the crabs.

Maybe some folks with talented honkers can, and this works great for them.

For me, however, it soon became obvious the only thing that would stick to the bottom of my nose was duct tape, and that was assuming it was slathered with Gorilla Glue. Even then it would have to be wound past my ears and over the top of my head several times to have a prayer of sticking.

Seemed too much of a hassle for something that wouldn’t work anyway.

So I continued my research, soon learning of a watch-like device you simply wear on your wrist. After three snores, it sends out a gentle pulse that encourages you to change your sleeping position and – viola, I mean, voila – you don’t snore anymore.

At first, this sounded great.

Then I faced up to the truth. Given the deep way I sleep, to change my position, my device’s gentle pulse would somehow have to stab me in the butt with hedge trimmers. Frankly, it didn’t seem possible to even fit hedge trimmers into a watch-like wrist device, even if it was advertised on the Internet.

Then I saw an intriguing ad for something sort of like miniature plastic socket wrenches for your nose. Only these came equipped with their own built in ratchets to mechanically widen the nasal cavities forming the walls of your nostrils, thereby heightening airflow while stifling snoring.

Oh sure, that sounded real doable. But I dunno … there were obvious downsides.

All I could picture was a newly married couple in a honeymoon suite, the dazzling bride dressed in a clingy negligee, turning down the silken sheets while casting a come hither look at her new husband, Mr. Suave. Meanwhile, Mr. Suave’s finger is three inches up his nose, ratcheting his nostrils wider.

Then there were the anti-snoring throat sprays, nose sprays, oils, pills, pillows … you name it. Did any of them work?  The models in the ads looked like they were happily sleeping without making a sound, but I don’t know.

One thing I do know. Sleeping with crabs sucks.