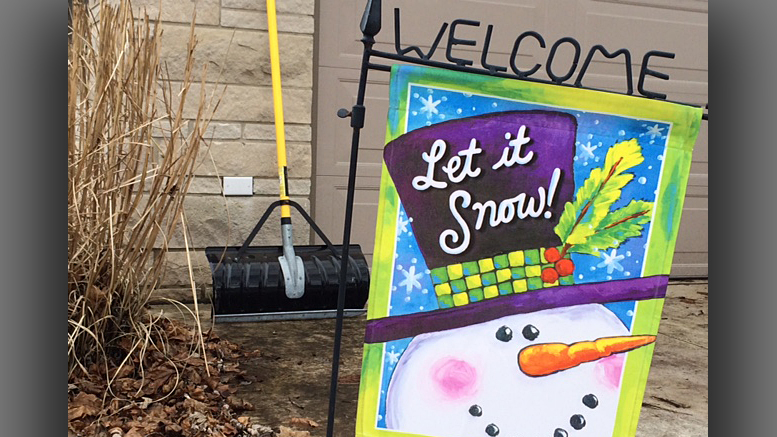 Lack of snow means a lack of sledding trauma. Photo by: Nancy Carlson

I love snowless winter days for any number of reasons, not least of which is this: They eliminate any chance I might go sledding.

Oh sure, I used to go sledding.

This was when I was a grade-school child. We lived in a city near Lake Erie’s shoreline, meaning it was major lake-effect snow country. On any given winter’s day, my fellow little twerps and I would frolic in snow way over our heads. In fact, every winter at least one or two of us would disappear in a snow drift, never to emerge again.

That was the childhood rumor, anyway.

For a month or two, our classrooms would be abuzz with talk of Alfonso, Skipper or Leroy’s snowy fate. Come the spring thaw, we’d imagine the authorities finding a forlorn jacket, an empty pair of snow pants and two mittens attached with one of those sleeve straps.

But by then, the kid was long gone. The finality of his passing was brought home with the sobering realization he would never again don his big black ears and sit with us through another episode of “The Mickey Mouse Club.”

It was pretty devastating.

Of course, being kids, two days later we didn’t give a hoot. We loved nothing more than to choose a steep snowy hill free of any pesky obstacles, haul our sleds to the top, then rocket down it going, “Wheeeeee!!!”

For me, this all changed in the seventh grade.

It was a holiday, one of those blissful days away from the classrooms, where I had already established a reputation as the sort of witless student bound for a witless adulthood. This day, my younger cousin Gary invited me to go sledding in the ravine behind his house.

Then it was my turn.

Unfortunately, my “Wheeeeee!!!” lasted approximately half a second, at which point – in the accelerated way your life flashes before your eyes just before you die – I realized three things. First, I was going approximately 300 miles per hour. Second, at the foot of the slope grew a huge, stout oak. Third, despite the many sleds I’d ridden on, somehow I had no idea how you steered one of those suckers around, say, a tree.

“Hey, Gary!” I hollered over my shoulder. “How do you steer one of these suckers around, say, a tr  …”

My frantic plea for a quick sledding lesson was cut short by the sickening sound of a fatty – yet bony – impact, as I tried to punch my silhouette through the oak’s trunk.

I’ve got to give Gary credit, though. With me making an impressive array of dying noises, he singlehandedly hauled my rear end out of that ravine and up to my Aunt June’s house. This was no mean feat, me being the hefty sort of kid whose Mom packed his official “Gunsmoke” lunchbox with two sandwiches, a bag of Fritos and a Hostess Banana Flip every morning.

Once back home, for a couple days I just stayed in bed moaning, my body twisted like a pretzel. Upon finally returning to school, bent in half like Quasimodo, I’d scuttle along the hallowed halls of Ely Junior High at kneecap height, darting in an out of classrooms like a nervous crab. For a while, until the doctors straightened me out, I had to reach past my knees to brush my teeth.

Since then, I’ve always viewed snow sleds with trepidation. That’s not to say I’ll never ride another one.