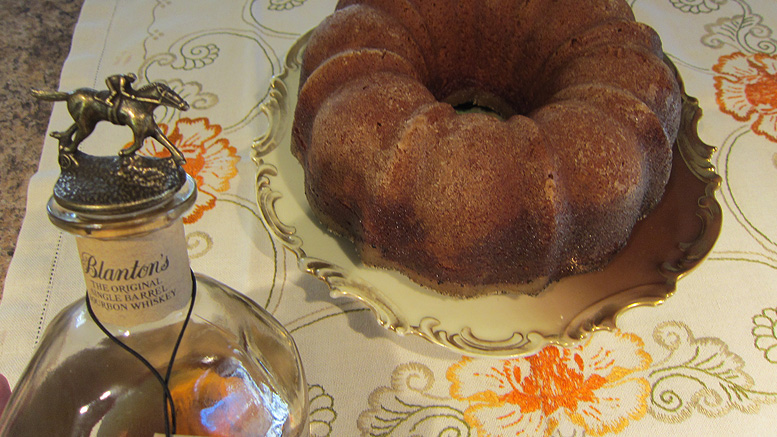 So the other morning I’m trying to grab a few more winks of sleep when, from our kitchen, I hear my wife’s ear-piercing scream.

For a moment I am confused. Then I vaguely recall how she was getting up early to bake a cake to be auctioned off in a church fundraiser for Project Stepping Stone, which provides temporary housing for people in need. For an earlier auction, in fact, Nan provided a Swedish tea ring, a stunning work of Scandinavian bakery beauty that earned a cool hundred bucks for the charity and, for her, a reputation.

My wife is now regarded among certain local Lutherans as a butt-kickin’ baker. Being a 4-H loving country girl at heart, this reputation appeals to her. Needless to say, she can’t suddenly show up at the auction with a cake that looks like Betty Crocker sat on it.

This realization sends me back to Nappy Land with a satisfied smile plastered across my face. Her sunken cake was from a recipe supplied by the late Elizabeth Coblentz, the original Amish Cook newspaper columnist, and a woman who knew her way around a kitchen. Therefore, even if this cake with the sunken middle doesn’t look perfect, I am pretty sure it is going to taste that way.

But next I hear the manic flipping of cookbook pages, followed by a gasp of relief. Nan has found another recipe, this one by Martha Stewart no less, for a special bundt cake that, if she hurries, she can bake before the church auction. She even has all the ingredients … but one.

“Honey,” she coos, “I need to borrow one-third cup of your bourbon.”

Now it’s my turn to scream.

See, due to a lack of planning on my part, my only bourbon at the moment is a fifth of Blanton’s, a gift to me, a classic sippin’ whisky that runs about 60 bucks a bottle. This makes it very precious, me being a notorious cheapskate whose own bourbon purchases run more to ones with names like Olde Kentucky Road Kill. Now that I possess some Blanton’s, my wife wants to pour it into a bundt cake.

“Why don’t ya go buy some Olde Kentucky Road Kill!” I suggest, tactfully.

For the millionth time, in my mind I cuss out the Indiana Legislature’s refusal to allow Sunday liquor sales.

Then, regretfully, I crawl out of bed. If that woman is going to commandeer a third-cup of my beautiful Blanton’s bourbon for a bundt cake, I’m going to make darned sure I’m there with my lips puckered to slurp up any spillage.

It’s with a mixture of horror and confusion then, that I watch her pour my Blanton’s into a common sauce pan, mix it with a chunk of butter and heat it. Then, like some psycho with a maniacal hatred of bundt cakes, Nan begins punching holes in hers with a wooden skewer. Finally, ignoring my gasps of disbelief, she pours my hot, buttery Blanton’s into the holes.

When it’s finished, voila. She’s got a Kentucky Bourbon Brown Butter Cake just like Martha Stewart’s, and I’ve got a broken heart.

Still, even I recognize it’s for a good cause. At the auction, our friend Becki Bergs pays fully $145 for that baby.