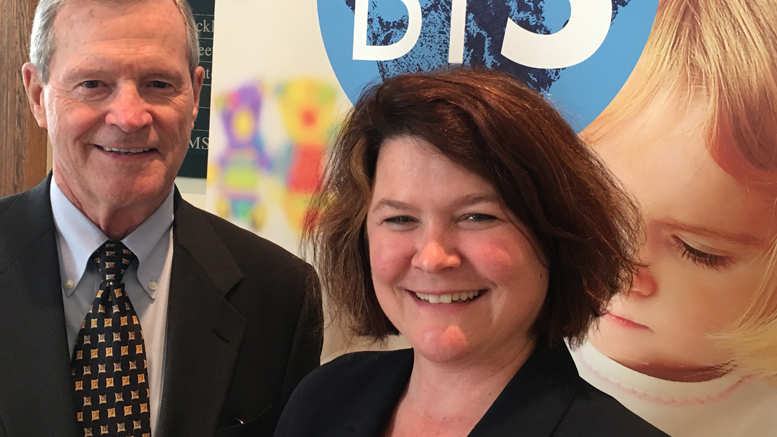 BY5 Executive Director Carrie Bale and Tom Kinghorn, BY5 Chairman of the Board are pictured. Photo provided.

Muncie, IN—The fate of a child may be set by the time they reach 5 years old. That statistic and getting children kindergarten-ready led the battle cry at the first ever Indiana Summit, hosted Tuesday by Muncie’s BY5 at the Horizon Convention Center.

Some of the state’s most influential lawmakers and policymakers were among the more than 500 people from 49 counties to hear experts say 90 percent of the brain is developed by age 5, making it essential that communities have accessible, high-quality early childhood intervention opportunities. The brain’s ability to make full cognitive connections will largely determine the kind of adult they become.

Legislators from around the state spent the day soaking up information and leaving armed with new data that will help make the case for extended funding for pre-kindergarten initiatives, said Sen. Dennis Kruse, chairman of the Senate Education Committee. “It’s too early to know,” he said about whether the Indiana General Assembly will support added funding. “But this is the place to start.”

State School Superintendent Glenda Ritz stopped by toward the end of the day to plug pre-kindergarten. House Speaker Brian, R, District 88, pledged his personal support to seeking additional funding for the cause.

Dr. Judy Cameron, a professor of neuroscience from the University of Pittsburgh, told the crowd the parts of the brain used the most, develop better. Parents, day care providers, teachers, and the community in general, all have a role to play. “I’m impressed with what you’re doing here,” she said. “Encouraging sturdy brain development is a community activity.”

BY5 is a growing local movement promoting childhood education at the earliest possible stage, a step that may represent the single greatest link to ensuring a vigorous economic future for any community.

“I admit I was surprised when I learned about all this, too,” said Tom Kinghorn, chairman of the board of directors of BY5. “But we have an opportunity to change the trajectory of a generation,” said Kinghorn, a retired vice president for business affairs and treasurer at Ball State University. “All the research shows the greatest benefit is the community at-large. We will be a better community in 20 years by virtue of the investment today.”

Early childhood experts, business leaders from education, banking and nonprofits, spent the day hearing about the science behind brain development and the important stimuli needed to ensure that every child is kindergarten-ready. 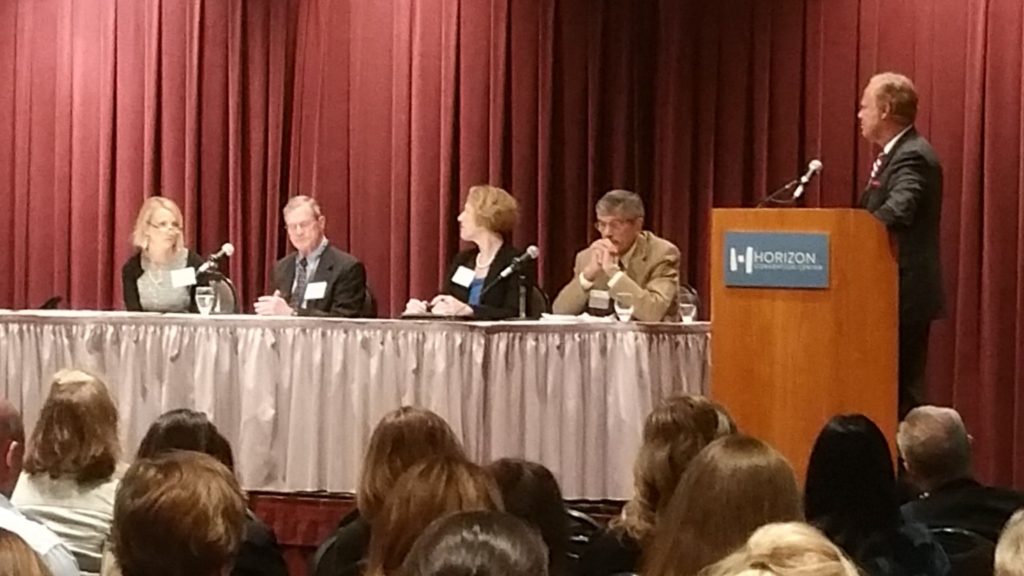 John Pepper, former chairman and CEO of Proctor & Gamble and co-chairman of the ReadyNation CEO Task Force on Early Childhood Education, said he’d never seen a gathering on this topic with so many people representing so many parts of a single state. He said it was a good sign. “This is tremendous,” Pepper said. “You’ve got tremendous momentum here today to build upon.”

Carrie Bale, executive director for the BY5 initiative, said there is the big picture to consider. “I view this on a larger scale,” she said. “This is an investment in human capital. It is an investment in the people who will be working in these businesses.”

BY5 is intended to be the bridge between a productive workforce and the growing demands of a workplace. There may be no greater economic development payoff than that, experts say.

Research and statistics support the value of these kinds of programs, Bale said. “This is a shining example of what happens when all forces work toward a common goal,” she said.

You may view video from the Indiana Summit below.

Julie Metzger is with The JMetzger Group