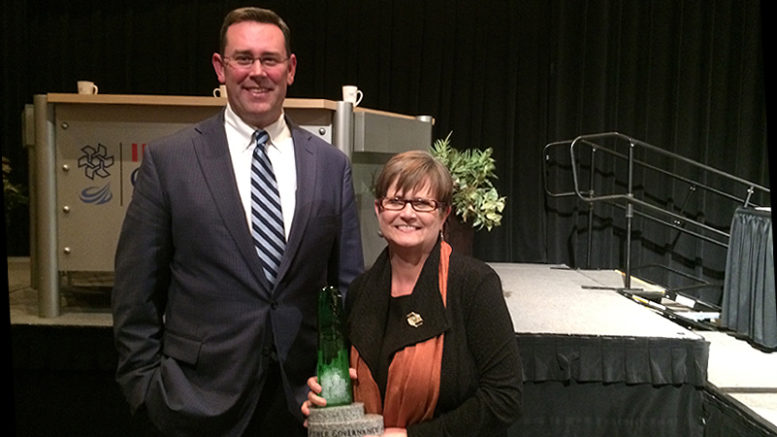 Jud Fisher is pictured with Juli Metzger and the John W. and Janice B. Fisher Governance Award she received. Photo provided.

By: Jud Fisher and Donna Munchel—

MUNCIE— Ball Brothers Foundation has selected Juli Metzger, President of the board of directors of the Boys & Girls Club of Muncie and Vice President of the Project Leadership board of directors as the 2015 winner of the John W. and Janice B. Fisher Governance Award. The award, which recognizes the outstanding service of a board member to a Delaware County nonprofit organization, was presented at the Muncie-Delaware County Chamber of Commerce’s annual dinner on October 29.

Through Metzger’s leadership and urging, Project Leadership and the Boys & Girls Club of Muncie have been consistently challenged to be innovative, persistent, and forward-thinking in their efforts to provide opportunity to youth in Muncie and Delaware County. Metzger, a Muncie native, has been involved in Project Leadership since its establishment in 2000 and was a driving force in bringing Project Leadership to Delaware County. As Vice President of Project Leadership’s board, Metzger has been a catalyst for collaboration, working side-by-side with Project Leadership staff to expand partnerships with other nonprofit organizations, most notably through the 2015 launch of the Inner-City Educational (ICE) League, an academic-focused basketball league for middle schoolers. A board member of the Boys & Girls Club of Muncie since 2013 and President since 2015, Metzger has brought her positive, action-focused energy to the organization. She has played a key role in helping to develop the framework for a 5-year vision, recruit additional board members with diverse skill sets, and significantly improve the Club’s messaging and outreach. 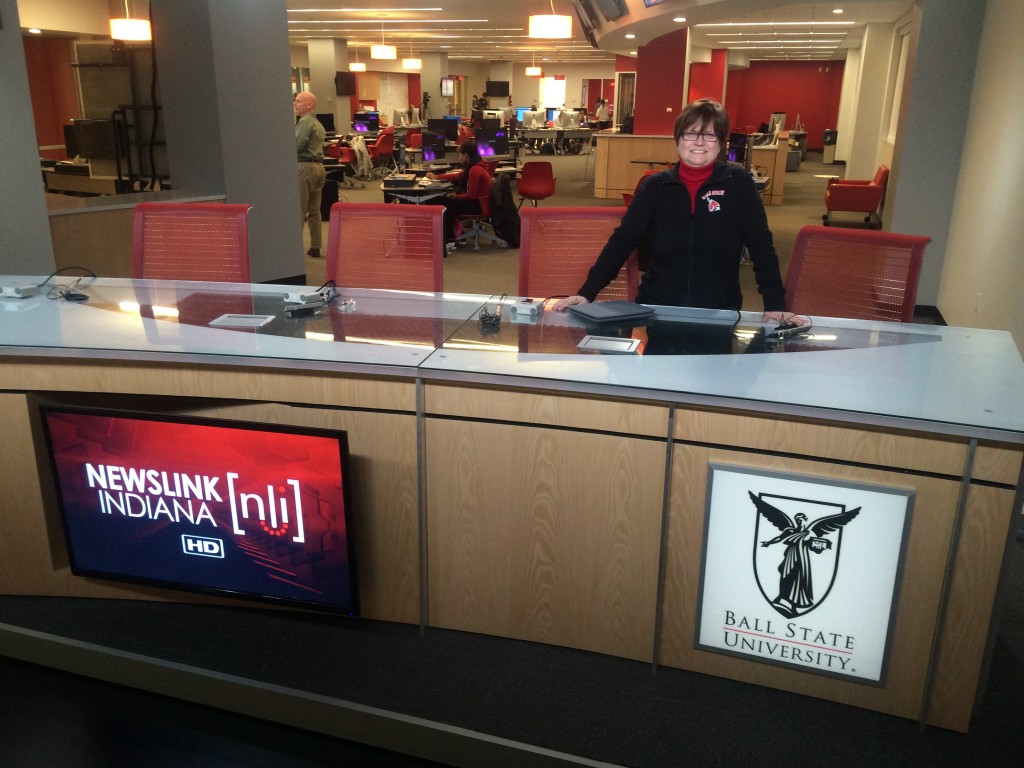 Metzger is described as a “24/7” board member, known for setting aside Sunday afternoons to help craft grant proposals and engaging in late-night phone calls to map out strategies for achieving goals. Deeply committed to her roles on multiple boards, Juli is a master at making connections and helping to synchronize efforts. She is passionate, driven, and focused, pushing both Project Leadership and the Boys & Girls Club of Muncie toward excellence in programming, operations, and impact.

“Ball Brothers Foundation is pleased to recognize Juli Metzger as the 2015 John and Janice Fisher Governance Award winner,” said Jud Fisher, President & COO of Ball Brothers Foundation. “BBF received incredibly strong nominations this year and Juli Metzger represents what makes all of the nominees so important: an unwavering commitment to strengthening our community through giving of time and talent. Juli has made a lasting impact not only on Project Leadership and the Boys & Girls Club of Muncie, but also on hundreds of youth served by these organizations who will be the future leaders of our city, state, and nation.”

Metzger was presented a handcrafted glass award crafted by Brent Cole of the Marilyn K. Glick Center for Glass at Ball State University during the Chamber dinner in recognition of her leadership and commitment to governance excellence. Project Leadership and the Boys & Girls Club of Muncie will also share an award of $10,000 given by BBF in Metzger’s name.

About the Governance Award

The Governance Award honors the memory of Delaware County philanthropists John W. and Janice B. Fisher. Mr. Fisher (1915-2009) brought strong and compassionate leadership to Ball Brothers Foundation during his decade of service as president and chairman. Mrs. Fisher (1916-2010), daughter of industrialist-philanthropist Edmund Burke Ball, shared her husband’s enthusiasm for their community and was a strong advocate for issues related to education and wellness.

With assets of nearly $160 million, Ball Brothers Foundation annually makes grants in support of arts and culture, education, the environment, health, human services and public affairs. The Muncie-based family foundation gives priority to projects and programs that improve the quality of life in BBF’s home city, county and state.