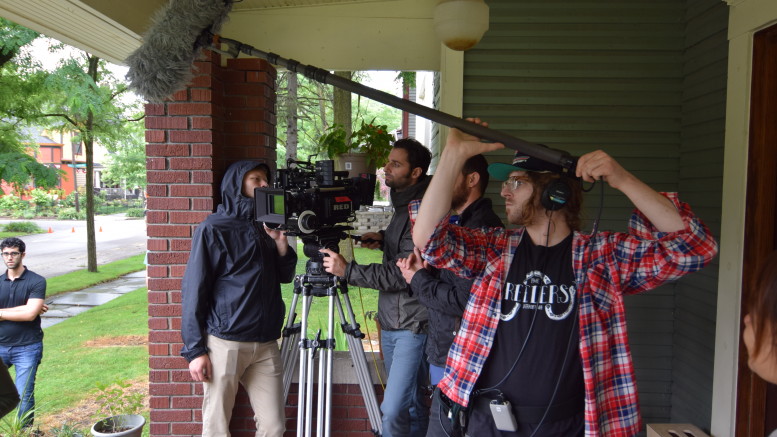 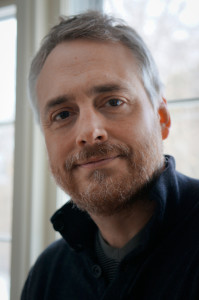 Muncie, IN—From August through May, David Haynes spends his days coaching Indiana Academy students in creative writing and literature classes, sharing tips on character development and discerning plot tropes or an author’s intent. At night, Haynes returns home to his four children and his wife, Megan, as the two team up to attack typical evening events in a home filled with young kids: dinnertime, baths, teeth-brushing, story time, hugs and kisses.

And somewhere between listening to his kids tell the moon goodnight and helping his students decipher Shakespeare’s “fresh morning,” Haynes wanders in a world of characters, plots and scenes of his own devising.

“Creating works matters to me,” he said. “It invigorates me and influences me in my classroom.”

Haynes is no stranger to artistic endeavors, having grown up in a film-loving family, and with several screenplay credits to his name. So when events in a nearby neighborhood conspired to create fictional characters that he simply couldn’t ignore, he transferred those ideas to paper, partnering with his friend and colleague, Anthony Collamati, a professor at Michigan’s Alma College. This summer, he and Collamati are producing a short thriller based on those characters titled “Break My Bones,” funded by a Lilly Endowment grant and a Kickstarter campaign. 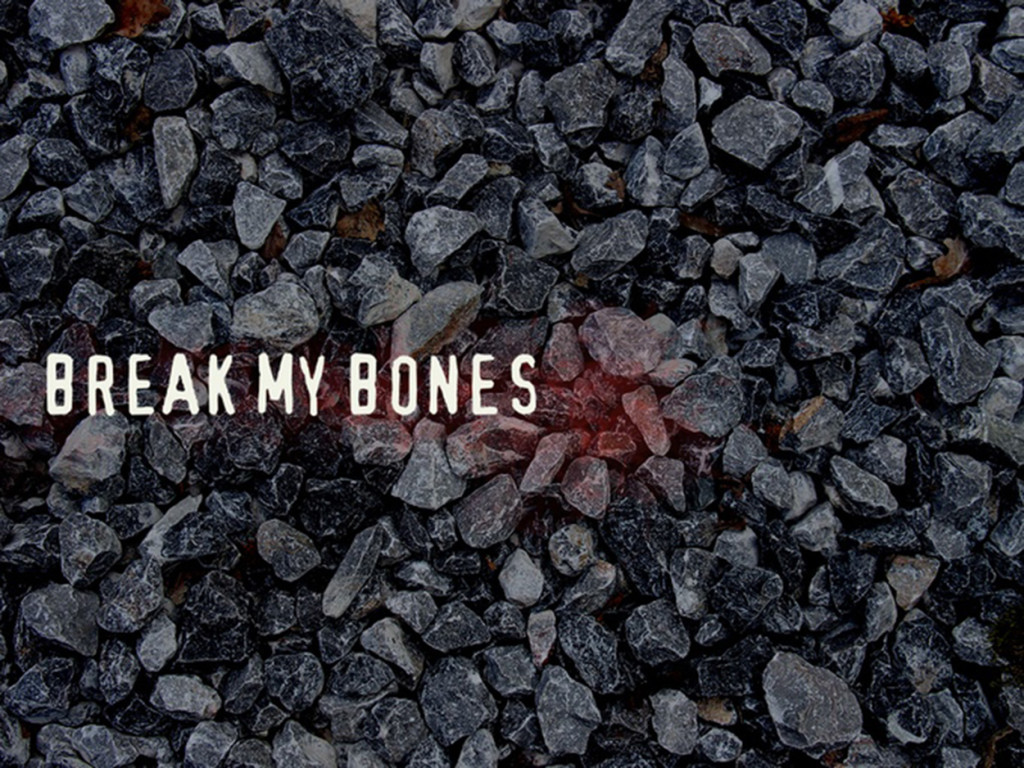 The story centers on 10-year-old Violet, a troubled and unwell girl. Her mother unwisely decides to send her next door to befriend an elderly gentleman also struggling with illness. The neighbor, Mr. Cleveland, is far from the mentor Violet’s mother was seeking for her daughter. He offers little solace to the girl, and with a plot twist that Haynes said was inspired by actual events, Violet makes choices that move the film into a dark, fictional exploration of human behavior — especially relative to what adults expect of children.

“The movie is an examination of illness in the young and old,” he said. “Then it does a 180, and takes something you expect and turns it on its head. It’s not meant to be reassuring. It’s meant to be thought provoking.”

From script to set scouting 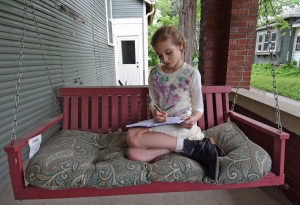 “Violet” during filming on July 8th.

Haynes’ longtime dream to bring a film to production got a boost with a $10,000 grant from the Lilly Endowment Teacher Creativity Fellowship Program. The initiative got its start in 1987 and since then, more than 2,700 Indiana educators have received awards. The recipients vie for the grants in a competitive pool of applicants — some 500 teachers applied for the 100 grants awarded for 2015.

“As the educators engage new ideas and follow their own curiosities, they will renew their enthusiasm for teaching,” said Sara B. Cobb, vice president of education for Lilly Endowment. “These teachers, counselors, principals and librarians will go out into the world and reconnect with their calling as educators.

“We regularly hear that these experiences help Indiana educators renew their commitment to their profession. As a result, their students benefit.”

Haynes and Collamati gained more support for their production, thanks to a successful Kickstarter campaign that earned just over $10,000. That money will help pay the cost of film production, including salaries for professional cast and crew members, and mixing and mastering the 20-minute movie in a post-production studio.

Haynes already uses dialogue to demonstrate to young writers ideas including pacing and cadence, and he teaches a two-week course on film during what the school calls May Term — but there’s more he’d like to explore.

He’s also passionate about educators taking time to immerse themselves in their specialty, in addition to teaching.

“I always felt that if I was teaching creative writing, I needed to be writing, needed to be creating,” he said. “It’s useful to have your teacher be active intellectually.”

The five-day shoot will be done entirely in Muncie, beginning July 6, at locations Haynes and Collamati are still scouting. They expect to be able to release the completed film for festivals and other events this fall.