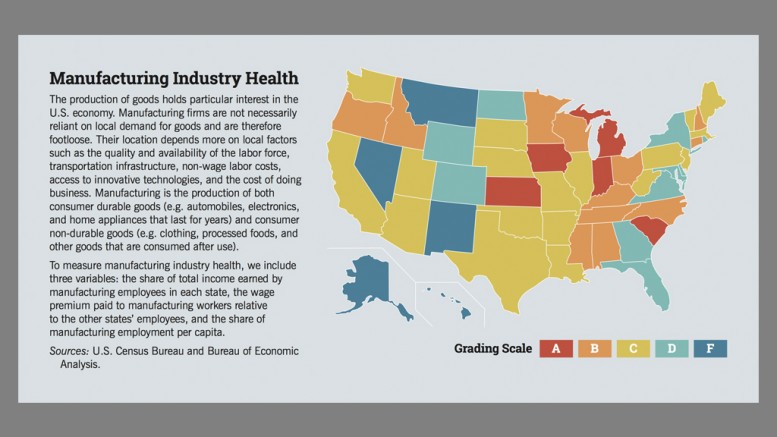 Indiana scores an "A" for Manufacturing Industry Health

Indiana is among the nation’s elite in manufacturing, logistics, tax climate and global reach, says a new report from Ball State University and Conexus Indiana.

The 2015 Manufacturing and Logistics Report Card, issued by Conexus Indiana, the state’s advanced manufacturing and logistics initiative, and Ball State’s Center for Business and Economic Research (CBER), found that Indiana has been leading the nation in these key industrial sectors for the last seven years. 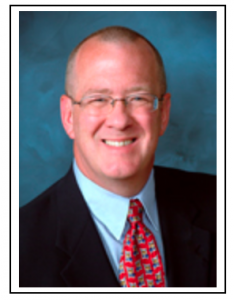 “Indiana successfully withstood the Great Recession and is making amazing strides in expanding its manufacturing and logistics sectors,” said Michael Hicks, director of CBER and the George and Frances Ball Distinguished Professor of Economics at Ball State. “We have witnessed major investments to expand manufacturing and logistics operations across the state in recent years, including hundreds of millions of dollars by General Motors in Fort Wayne, Chrysler/Fiat in Kokomo, Honda in Greensburg, Toyota in Princeton, and Subaru in Lafayette.”

Indiana’s manufacturing health has earned an A for the last seven years, and for five consecutive years, the state has rated an A in logistics health. Both Indiana’s global reach and its tax climate maintained A grades for the seventh consecutive year. All four categories are key components for businesses seeking to move or expand.

The nine categories in the national report card are the most likely issues site selection experts scrutinize, and Indiana maintained or improved its scores in all but one. Worker benefit costs have decreased slightly but remain higher than the national average.

Both benefits and human capital categories are likely topics for debate and policy development in the next General Assembly, Hicks said.

“We are proud that Indiana continues to lead the Midwest and most of the nation in the 21st century manufacturing and logistics sectors,” said Steven Dwyer, president and chief executive officer of Conexus Indiana. “Conexus Indiana’s vision of Indiana as the recognized global leader in advanced manufacturing and logistics grows closer each year, as we catalyze the efforts of industry partners and promote better understanding of these sectors to the state’s economic future.”

Hicks provides an analysis of why Indiana’s progress in manufacturing and logistics bodes well for Hoosiers in the companion study The Myth and the Reality of Manufacturing in America.

“There are major misunderstandings among the public and the media about the manufacturing sector,” he said. “The U.S. manufacturing base is not in decline, and we have recovered from the recession. Nor are jobs being outsourced because American manufacturing can’t compete internationally. Moreover new jobs in manufacturing pay well above the average wage.”

The study notes that the Great Recession had lost its stranglehold by 2014, when U.S. manufacturers attained record levels of production.

“Overall, only 13 percent of lost jobs over the past decade, which are less than 4 percent of all manufacturing jobs, can be linked to international trade and most of trade related job losses are in low productivity sectors,” Hicks said. “Changes in productivity, domestic demand and foreign trade all impact manufacturing employment in the U.S., and it’s important to clarify those impacts in order to understand what is happening in the manufacturing and logistics industries.”

Dwyer points out that graduates are already emerging from targeted programs armed with industry-recognized credentials that enable them to move directly into skilled positions with some of the state’s most sought-after employers in automotive, aerospace, biosciences, pharmaceuticals and other high-tech sectors.

This comes when baby boom generation retirees are leaving behind good, well-paying jobs in those sectors, and younger workers are filling those jobs at an unprecedented rate. Recent new hire salaries averaged $20.06 per hour — almost $42,000 a year. As millennials move into the workforce, wage gaps between new and existing jobs are primarily age- and tenure-related, he said.

“The Myth and the Reality study points out that sustainable manufacturing employment growth requires high levels of human capital with the appropriate educational skills,” Dwyer said. “Our programs such as Hire Tech are preparing students by focusing on the STEM (science, technology, engineering and mathematics) skills that are needed in the advanced manufacturing environment.”