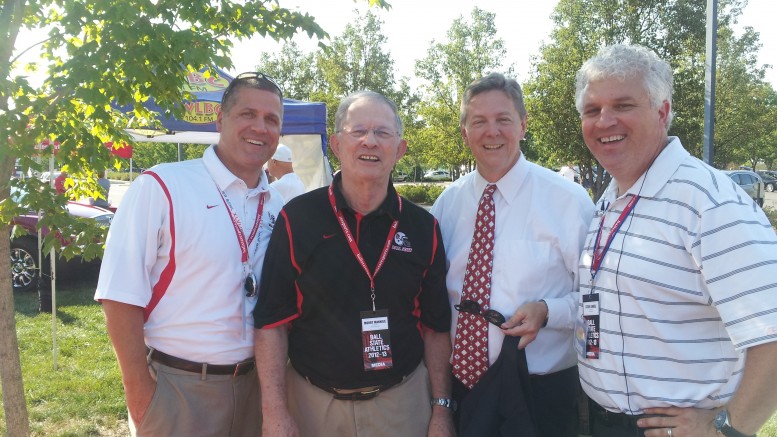 Each nominee was very deserving for their achievements athletically and in the classroom. It was a thrill to watch these student athletes compete with emotion, sportsmanship, and character all year long.

This year’s winners are:

Riley Miller (Yorktown High School) has been awarded this year’s Morry Mannies Woof Boom Radio Scholarship. Riley was a part of two extremely successful teams on the field/court. He set a school record for receiving yards in a season for the sectional champion football team. Riley was also an integral part of the basketball team who made the sectional final for the second year in a row. Not only was he a successful athlete but as Athletic Director Kyle Hall says “an amazing young man.” Aside from the field of competition, Riley participated in the annual Riley Hospital Fundraiser at the school. Congratulations Riley!

Mariah Berry (Wes-Del High School) has also been awarded this year’s Morry Mannies Woof Boom Radio Scholarship. She was a multi-sport athlete who starred in Volleyball where she helped lead her teams to two state championships in four years. Even through difficult times, with the passing of her father this year, Athletic Director Kye Denney says Mariah displayed “tremendous poise and courage” throughout his illness and always led with a positive attitude. Congratulations Mariah!

Woof Boom Radio congratulates this year’s recipients of the Morry Mannies Woof Boom Radio Scholarship. We are pleased to be able to support student athletes in our community. 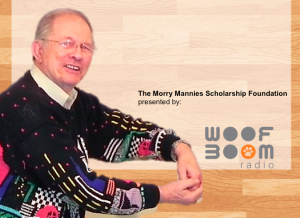 y Sportscaster, Morry Mannies, has broadcasted more than 5,000 games in East Central Indiana. Morry tells stories of triumph and heartbreak better than anyone. It is these stories that have prompted many young men and women to pursue their dreams. Imagining what is possible and hoping for a brighter and better tomorrow can transform a young person’s future.

Several years ago, Morry retired from the day to day routine.

Woof Boom Radio is funding a scholarship program for the scholar athletes from the schools that we cover each year. A portion of the proceeds from the sponsorship of our high school sports will be directed to The Morry Mannies’ Scholarship Foundation. Student athletes that attend a school that Woof Boom has covered throughout the school year are eligible. Athletic Directors from these schools will nominate and select the Male and Female recipient each year.

The Morry Mannies’ Scholarship Foundation is one way we are working with our community to build a stronger future here in East Central Indiana.