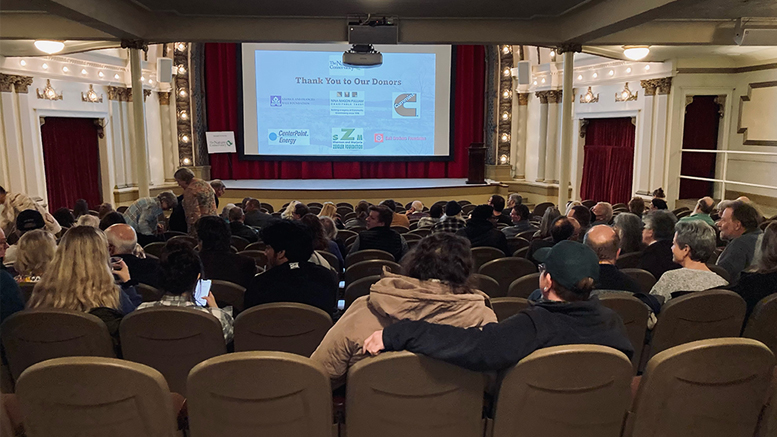 MUNCIE, IN—Over 100 community members from across East Central Indiana joined Ball Brothers Foundation, Indiana Humanities, and The Nature Conservancy for a screening of documentaries on December 6, 2022 at Muncie Civic Theatre.

The full documentary can be viewed below.

Indiana Humanities supported the creation of these two films as part of a multi-year environmental project that features stories told by Hoosiers from across the state, highlighting diverse relationships with water. A multi-city tour of the Waterways Film Series has been traveling the state this year, with Muncie as one of the tour’s final stops in 2022. The full set of Indiana Humanities Waterways Films will be available for streaming on Indiana Humanities’ YouTube channel later this week.