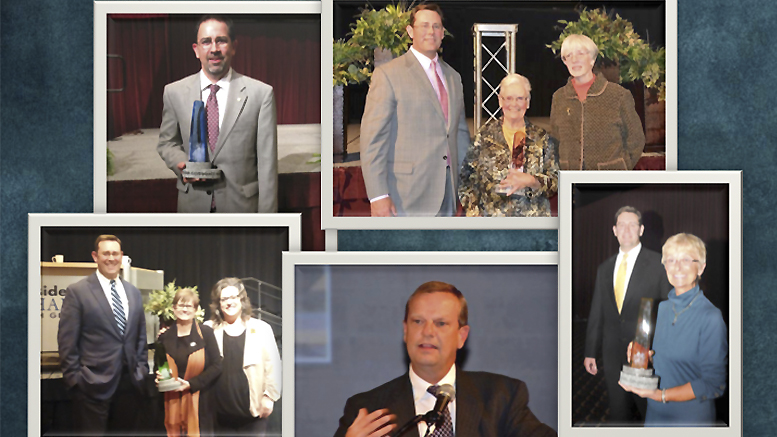 MUNCIE—August 15 is the deadline for submitting nominations for Ball Brothers Foundation’s annual Fisher Governance Award. The award honors the efforts of a single board member of a Delaware County nonprofit organization whose strategic planning and oversight skills have contributed to the organization’s mission, financial stability, and general effectiveness. The award winner will be recognized later this fall at the Muncie-Delaware Chamber of Commerce Dinner. Included in the honor is a $10,000 grant to the organization that the recognized board member represents.

Nominators should include practical examples of how the nominee has demonstrated exemplary leadership skills and characteristics of integrity, responsibility, and accountability throughout the nominee’s board service.

Previous award winners included: Julie Metzger representing Project Leadership and the Boys and Girls Club of Muncie in 2015, Pat Botts representing Greater Muncie, IN Habitat for Humanity in 2014, Nancy Turner representing Muncie Public Library in 2013, Jeff Parsons representing Youth Opportunity Center in 2012, and Teresa Willman, representing Cardinal Greenways, Inc. in 2011. Nominees must have served on the organization’s board for a minimum of two years. Foundations are not eligible to nominate their board members for the award.

Nominations are due by 4 pm on Monday, August 15. Submission details and a link to the on-line nomination form are available at ballfdn.org.

As one of Indiana’s oldest and largest family foundations, Ball Brothers Foundation annually makes grants in support of arts and culture, education, the environment, health, human services and public affairs. The Muncie-based foundation gives priority to projects and programs that improve the quality of life in BBF’s home city, county, and state. In 2016, Ball Brothers Foundation is celebrating its 90th year of grantmaking.