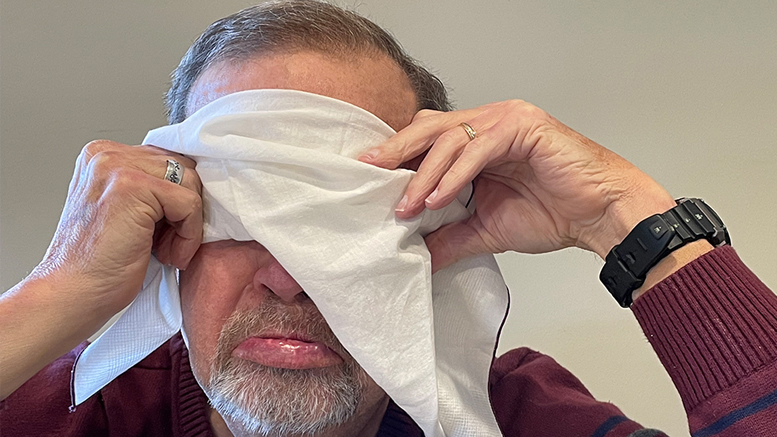 Hard as it seems, sometimes you’ve just got to grab a hankie and carry on. Photo by Nancy Carlson

I can still remember the day thirty years ago that Nancy and I took our kids to a popular amusement park, but when we arrived it was closed. In an instant, what had been a deliriously happy carload of Carlsons completely changed.

Between the high-decibel caterwauling, pitiful sobbing and the uncontrollable blubbering, it was enough to drive a parent nuts.

Finally, Nancy had all she could take.

“Will you please shut up!” she yelled.

But I’ll never forget what happened next.

“Wow,” our kids piped up. “We haven’t seen Daddy this upset since he accidentally dropped his roll of Chuck E. Cheese tickets in the toilet.”

So yeah, you might say I am a guy who doesn’t handle disappointment well. I’ve been reminded of this every morning since our hapless Indianapolis Colts lost their NFL playoff bid to the hapless Jacksonville Jaguars, who haplessly kicked our team’s hapless butt.

Mood-killer? You could call it that.

Like, these days at breakfast, Nancy will sweetly ask, “Can I butter you a bagel, honey?”

And I’ll be like, “What the hell’s that supposed to mean?”

Still, painful lessons like these serve to emphasize why it is vital that adults deal maturely with such tribulations of daily life, if only as a lesson in grace for any children who might be watching.

For example, there was the time my extended family vacationed on the Outer Banks of North Carolina, stopping at a specialty burger joint for supper. So as my Dad often did, with blinding speed he yanked the first burger that came into view from the sack, instantly downing two-thirds of it in three humongous, spit-soaked bites. Then he realized he had mistakenly grabbed MY burger. With its desecrated remains now coating his shirt, he gave me an apologetic look and, with a condiment-smeared hand, sheepishly offered what was left of it to me.

The old me would have been honked off.

But because in the years since our trip to that amusement park I had worked on dealing with situations like this in a loving manner, I asked myself this question: What would Jesus do? The answer was to accept what was left of my ravaged burger, which now looked more like roadkill than a patty, and pass Dad the untouched one he’d originally ordered.

“Sure!”said the man who’d given me life, surprised by my selfless gesture.

At which point I crammed the pristine burger I’d just offered him into my mouth.

“Oops,” I said with a grimace.

But I should have expected it. Even as a kid myself, I was forced to deal with traumatic incidents that threatened my self-esteem. Like, there was the time as a 12-year-old at my Northern Ohio YMCA camp which, if you didn’t count the Milky Way bars on sale in the Snack Shop, was based on the practices and traditions of Native Americans.

So on the final evening of camp our parents were invited to attend the big pow-wow, an impressive production in which they’d watch us descend from a hill, then dance around a bonfire in skimpy loincloths while making fake Native American noises. There must have been a hundred of us who took part, having been bestowed courageous tribal names like “Brave Who Silently Stalks Bears,” and “Brave Who Swims Like The Beavers,” and “Brave Who Fearlessly Wrestles Mountain Lions.”

As I danced my way down to the bonfire, though, it turned out somebody decided my Indian name should be “Brave Whose Mom Buys Him Way Too Many Twinkies.” Erupting in howls of laughter as I jiggled my way around the fire, the cruel crowd seemed to be led by one woman laughing her head off while snapping shot after shot of me with her Polaroid camera.

So yeah, that was personally disappointing, too.

Of course, that’s not all the disappointment I have suffered in my life, and every year it seems to get worse.

For example, for years whenever my birthday has rolled around, all I’ve asked for is two things. First is that the spirit of love, peace and hope that used to unite my country will return. Second is for a 750-horsepower Roush Stage 3 Mustang that goes 0 to 60 m.p.h. in 3.6 seconds, a quarter-mile in 11.2 seconds, and has a top speed so scary they won’t even say what it is.

So obviously the love-peace-hope thing hasn’t happened yet but, hey, whatever …

But my Mustang? I really thought I had a shot when I learned the price was just $24,995! Then I found out that price didn’t include the actual car, which I’d have thought was a pretty integral part of the deal. That price was just for the mechanical goodies that turn your plain, boring, old Mustang into that Roush fire-breather.

If you actually wanted it attached to stuff like wheels and a radiator, it was more in the $90,000 range.

Anyway, my birthday is only eight months from now, but so far I’ve seen no evidence of Nancy hosting anywhere near the number of bake sales it’s going to take to save ninety-grand for my present.

I’ll be fine, though, if you could just pass me a hankie. 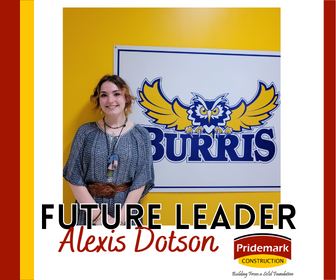