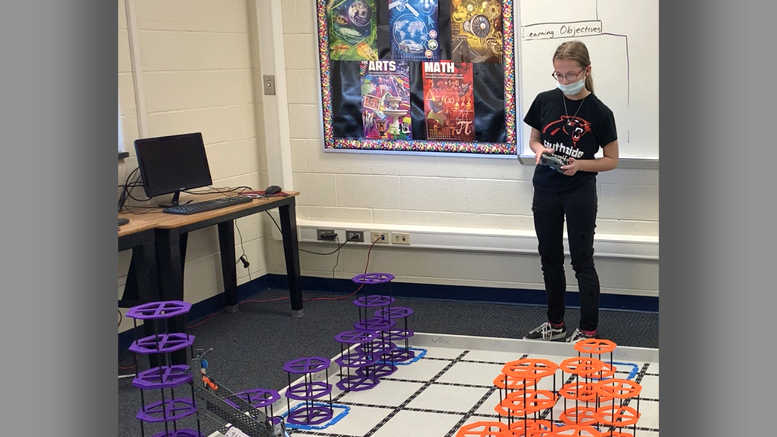 Muncie, IN—On March 6th, the Southside Middle School Robotics Team competed in the 2021 Indiana VEX IQ State Championships. Southside was one of 80 teams competing in the event out of more than 1,900 teams in the state. The event was virtual so all the matches took place at Southside and were streamed back to judges based in Indianapolis. They qualified for the event by winning an in-person league tournament held at Jay County High School in February.

The team uses VEX IQ components to create an original design to play a game that changes year-to-year. VEX IQ components are made of snap-together plastic pieces without the use of tools and are geared towards Elementary and Middle School students. The game for this year, involved the placing and stacking of 8-inch tall colored plastic pieces known as risers. Points are scored by creating rows of three and creating stacks of three of the same colored risers. 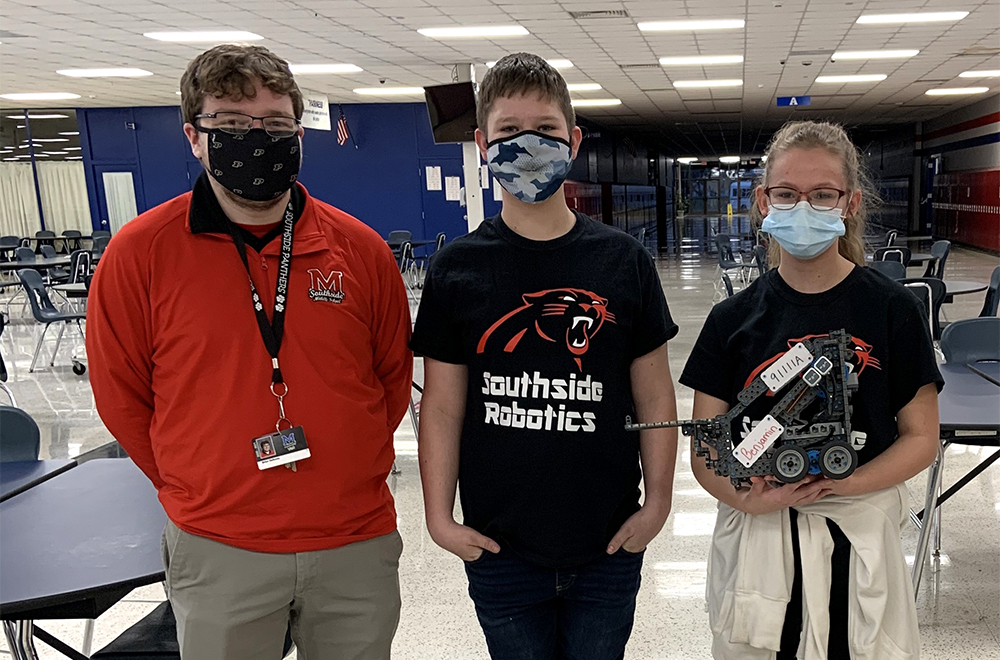 The event was a skills only competition where the students must control the robot for 60 seconds and score as many points as they can. They must do this for driving the robot manually as well as the robot operating by itself using pre-programmed instructions. The score from both categories are added together to determine the final score.

In the Programming Skills portion, the program was created by 8th grader Nicole South and 6th grader Lee Russell. Together they scored 38 points which beat their previous best of 12. In the Driver Skills portion, thanks to the redesigned robot created by Nicole and 6th grader Alex Perez-Collier, Nicole was able to score her personal best of 71 which beat the team’s previous best of 14. The combined total of 109 points placed the team 24th in their division and 41st overall out of the 80 teams.

The team is coached by first-year technology teacher at Southside, Brian DeRome. He and the students were the first team from the city of Muncie to qualify for the VEX IQ State Championship which has been held every year since 2014.