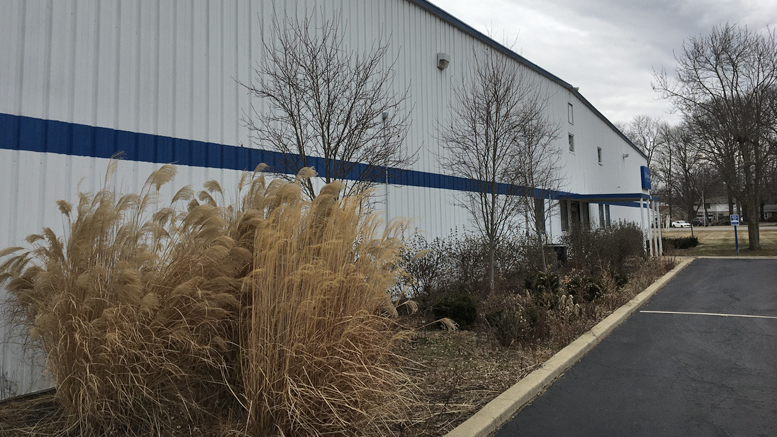 Clearline Technologies will open in a former manufacturing facility in the Industria Center industrial park, the company and the Delaware County commissioners have announced.

Clearline revolutionized the pipe supports industry by using recycled rubber and metal strut to provide a stronger and more durable and environmentally friendly way of ensuring infrastructure longevity for rooftop piping and HVAC solutions. Today, Clearline has grown to more than 20 different models and more than 70 different size applications, including traffic-related products. Clearline prides itself on helping the environment and reusing material otherwise destined for landfills.

The environmentally conscious company, which uses clean recycled rubber to make its products, will create jobs for up to 20 people in its first year in Delaware County, Clearline managing director Alain Masson said.

Masson said that Clearline – whose creator and president Neil Krovats established the rubber manufacturing process that the company will use in Delaware County – looked around the Midwest for a place to locate manufacturing operations. But no state other than Indiana offered the opportunities the company sought, and no county worked out as well as Delaware County. Masson added that no other officials were as dedicated to providing a home for the company as the Delaware County commissioners and Brad Bookout, Delaware County’s director of economic affairs.

“We found the location that was best for us to grow,” Masson said, adding that Bookout was the most hard-working economic development official that he dealt with. “He responds to questions if it’s 3pm in the afternoon or 3am in the morning.”

During the search, Masson said he learned that Indiana was within 10 hours of 250 million people.

“Clearline joins the more than 75 Canadian businesses in our state, together employing approximately 17,500 Hoosiers,” said Indiana Secretary of Commerce Jim Schellinger. “We’re grateful Clearline is growing in the Hoosier state, adding quality jobs in Delaware County, and doing it all in an environmentally-friendly way.”

“We’re very excited to be in Indiana,” Masson added. Bookout said the state of Indiana is assisting with tax credits that can be taken only once employees are hired. Bill Walters, executive director of the East Central Indiana Regional Planning District, also worked toward the goal of attracting Clearline.

Commissioner King said, “Clearline’s plans to establish their U.S. headquarters in the former Henman Tool building gives Delaware County an opportunity to repurpose a building which has sat empty for nearly three years.  Ensuring that our vacant properties get occupied with quality companies and don’t fall into eternal disrepair is critical to maintaining our community’s esthetics and keeping properties on the tax rolls.”

Commissioner Henry said, “What impressed me most about Clearline is their commitment to the environment.  They not only talk the talk, but they put into practice company decisions that take the built environment into consideration.  When we virtually toured their facility in Canada, we saw that not only are their products made from recycled material, but basically their facility is entirely finished out with recycled goods.  Everything from the lighting, windows, furniture, walls, even the bathroom fixtures. They definitely have a different thought process about manufacturing that what we’ve seen in the past.”

Krovats said environmental responsibility is built into Clearline’s mission. “Our goal is to become a net zero company in the near future.”

The company plans to move its equipment and “have everything in place by the fall.” Masson said Clearline intends to employ 10 to 20 people in the first year, eventually adding shifts.

The company is purchasing the former Henman Tool building at Hoyt Avenue and Mount Pleasant Boulevard for its manufacturing operations. Masson said the company’s headquarters and its sales team will remain in Manitoba.

Bookout said the company’s total investment will exceed $4 million and total employment was estimated at up to 50 people over five years.

The Manitoba-based company’s decision to set up operations in Delaware County came during the COVID-19 pandemic. Masson had toured local buildings early in its search process but the next few months of the process were conducted online, including a virtual tour of Clearline’s Canadian facility by the county commissioners.

It was important to the county commissioners that Clearline respect the environment and had a process that would not be polluting. The commissioners thought that was especially important in the wake of a company that had pursued an aluminum dust recycling facility locally – a project that was killed after community concerns were voiced.

Masson said he was able to reassure the commissioners, “We will have a positive impact on the environment. We’re using recycled products and not creating environmental harm and creating employment opportunities, so there’s no downside.”

Clearline does not accept tires for recycling, Masson said. “We’re bringing in chunks of rubber and processing it down to the size we need” using $2 million dollars worth of rubber crumbing and molding equipment.

“We’re taking material that would otherwise go to the landfill or would be burned for energy by power companies,” he said.

The Indiana Economic Development Corporation offered Clearline up to $230,000 in conditional tax credits based on the company’s plans to create up to 35 new jobs by the end of 2025. These tax credits are performance-based, meaning the company is eligible to claim incentives once Hoosiers are hired.

The Clearline announcement follows months of economic development “wins” for Delaware County, many coming during the COVID-19 pandemic. Some of them include landing the North American headquarters of INOX, which will invest approximately $15 million and build a 149,000-square-foot facility; PMC Manufacturing, which will move from Illinois and begin CNC milling, turning and plasma cutting, creating jobs in the town of Albany; Balance Holdings, which will create a vegetable-growing business in a 100,000-square-foot facility in the town of Daleville; and a long list of already-established companies that will expand and re-invest in their businesses.

In 2015 the Delaware County Commissioners privatized the County’s economic development activities. Since that time, the County has developed its own business retention and expansion programs that are in constant contact with the multitude of industry within the County.  In addition, efforts to identify and attract various suitable industry throughout the world are undertaken on an annual basis.  For more information, contact Brad Bookout at bbookout@augustaconsultingllc.com.