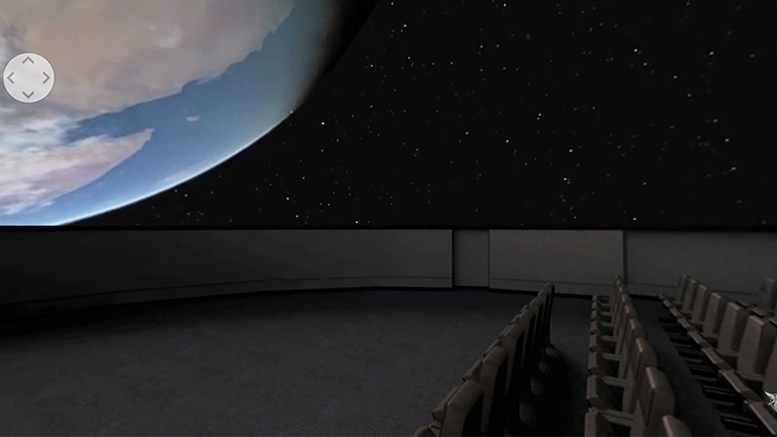 A screenshot from the planetarium’s “Christmas Star” program.

MUNCIE, Indiana – When Jupiter and Saturn appear close together in the night sky on December 21, their combined light might be what the Bible’s nativity story in the Gospel of Matthew called the Star of Bethlehem, according to faculty and staff at Ball State University.

“People have long wondered if the Star of Bethlehem could be explained by natural celestial events. Some astronomers believe the ‘star’ may have been a series of celestial events,” said Dayna Thompson, director of the Charles W. Brown Planetarium.

The planetarium’s “Christmas Star” program explores potential natural explanations for the Star of Bethlehem and common modern-day misconceptions about the event, researched and written by Dr. Ron Kaitchuck, the previous director of the Brown Planetarium and professor emeritus.

As the planetarium is closed this holiday season due to COVID-19, you can view its “Christmas Star” planetarium program below. The program is a 360 video, meaning as the video plays, you can hold your mouse down to explore and move around the screen virtually.

In coming days, Jupiter and Saturn will appear closer in the sky then they have in 400 years. This event has been labeled “The Great Conjunction,” Thompson said.

Such events have been recorded for thousands of years, she noted.

Jupiter and Saturn appeared close together in the sky in the years 7, 6, and 5 BCE in a constellation astrologically significant to the Jewish people. This was followed by the appearance of an exploding star in the pre-dawn sky of 5 BCE. These events are all candidates for natural occurrences of the Star of Bethlehem, Thompson said.

“This is one reason why people are referring to the upcoming close grouping of Jupiter and Saturn on December 21 as a ‘Christmas Star’ event,” she said. “The other reason, of course being the date of the event, as it’s so close to Christmas. December 21 also happens to be the date of the Winter Solstice – the shortest day of the year.”