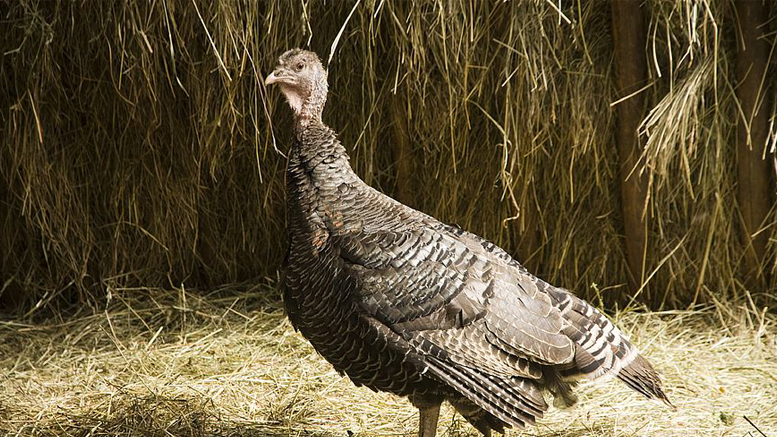 Wonder where turkeys come from? Well, my friends, it all kind of depends. Photo by stockfreeimages.

In response to yucky feelings brought about by the coronavirus, earlier this year Nancy and I pondered adopting a back-to-the-land lifestyle promising a tasty Thanksgiving Day payoff.

Our plan: Raise our own turkeys.

We were very excited about this, which isn’t surprising. After all, while we were never exactly back-to-the-land, mushroom-munching hippies, in 1982 we did subscribe to Mother Earth News for six whole issues.

Our plans came to naught, though. With the failure to approve raising chickens in the city this summer, it only stood to reason that raising turkeys was outlawed, too.

It didn’t take a genius to know what that meant.

The old axiom, “If turkeys are outlawed, only outlaws will have turkeys,” kept tormenting me, endlessly running through my mind as I tossed and turned in bed all night. If the cops busted us, I’d gladly take the rap for Nancy. But it didn’t sound like much fun to be stuck in a holding cell with my maniacal new roomies named Killer, Wacko and Knuckles, while I was jailed for “misdemeanor turkey possession.”

That wasn’t the only thing that stymied us, though.

Turned out we’d need a much larger yard for the turkeys to feed in, so right there the cost jumped by about thirty-thousand bucks a bird.

But what really put me over the edge was watching a turkey-raising video.

Let me first note, I didn’t grow up ethically or philosophically opposed to procuring my own meat. It’s just that my interests ran more toward airplanes, motorcycles and corn whiskey. As such I was perfectly content to pay others to do my killing, providing the burger for my sloppy joes and pepperoni for my pizzas.

On the one occasion I went hunting for my supper with a buddy, I was just as happy no bunnies bothered crossing my path, though I was proud to have killed an empty Budweiser can that charged me from behind a bush.

Still, the turkey-raising video was an eye-opener.

Now, I’m not going to say this video taught you everything you needed to know about raising turkeys. It didn’t. For example, there wasn’t a single word about how you got them to grow those little plastic popper thingees that shot out when they were done cooking. But there was a bunch of other stuff it did teach you.

One guy had started his flock with eight or nine poults, which is turkey talk for “little cluckers.” What’s more, at first they lived in his house! Were Nancy and I to have nine poults suddenly sharing our house, we’d have been scratching them behind their cute little turkey ears and giving them names like Duke, Harriet, Ralph and Phyllis.

Name a turkey Duke or Phyllis, and you’re never going to look at that bird as just a mouthful of turkey tetrazzini again.

And there was more. Discounting the obvious proliferation of turkey poop scattered across your carpets, it was easy to see how these entertaining little rascals with their winning personalities could grow on you.

Once moved outside, one turkey in this guy’s video proved to be a dullard who couldn’t even find his way through the coop’s door. I’m pretty sure we’d have named him Dumb Ass.

But the others seemed cool.

Much as I like my bourbon, when it came to imbibing, I had nothing on these crazy little party animals. They started right off as kids – er, poults – knocking back turkey cocktails made with apple cider vinegar and crushed garlic.

No way I’d have drunk that swill.

What’s more, they were jokers!

Don’t get upset if a turkey played dead, their owner cautioned. This led me to picture them gathered conspiratorially in their coop, snickering their feathery little tails off, when you freaked out over Duke pretending he’d croaked again.

Sure, it sounded like gibberish to me. But who really knew what they were saying? Their owner contended turkeys were far more mature than your standard stupid chicken, so it seemed likely they were also more conversant.

They could have been discussing how sweet farm life was for them, I figured, with nothing to worry about but occasionally being picked off by a hungry owl. They were probably talking about starting their own families, too, and how rosy their futures looked, what with Christmas coming up and all.

But what they forgot was, Thanksgiving came first. One morning, lickety-split , the turkeys lost their heads.

Trying to picture myself decapitating a turkey who’d scampered around my house as a tyke, a turkey with a taste for garlic-vinegar cocktails, a turkey I may have named, say, Kenny …

Well, I just couldn’t do it.

And that didn’t even take into consideration sticking them in the automatic feather plucker, which looked like The Turkey Tilt-a-Whirl From Hell.

I wouldn’t even have done that to Dumb Ass.

So, will we be eating a turkey this Thanksgiving? Yeah. It’s not simply that fragrant, plump, fully baked bird I’m picturing on the dining room table. It’s also those leftover turkey sandwiches, slathered with mayo on fresh Beefsteak rye.

But should some little kid ask me, “Mister, where do turkeys come from?” I know what I’m gonna say.

A cooler in the grocery store.