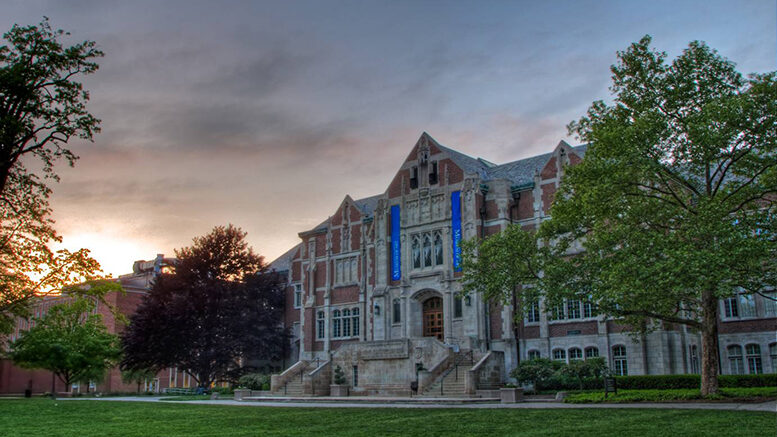 This musical follows fast-talking grifter Harold Hill as he cons the naive townspeople of River City, Iowa, into paying him to start a marching band, despite the fact that he doesn’t know a trombone from a treble clef. Chaos ensues as Hill’s credentials are questioned, and the town is divided in their belief in this charismatic man.

This has been a tough time for all arts and entertainment venues, but Civic was determined to bring live theater back.

“In the late spring we could see that doing ‘The Music Man’ indoors in early June wasn’t going to be an option due to the pandemic,” said Civic’s Artistic and Executive Director Laura Williamson. “At that point we had not announced auditions yet – we were holding to see what was going to happen, just like everyone else we were at a complete standstill with all programming and the theater was shut completely down.”

But, Williamson said, the production team for the musical continued to meet on Zoom, to check in and discuss options.

“It would have been easy at that time to say, ‘let’s just re-visit this sometime in the future’, but for some reason, we all kept meeting on Zoom…dreaming, planning for something, in a time where there was nothing usual, and only fear,” she said.

At one of those Zoom dreaming sessions, someone brought up the idea of performing outside.

Director Michael O’Hara believed he could develop the show around the fact that it would have to include social distancing at all times.

But nothing about this process, everyone quickly realized, would be “normal.”

They conducted video auditions and when the cast was announced, they began rehearsing in backyards, parking lots, parking garages (when it rained), and – once the venue was cleared – weekly at the Arts Terrace on campus.

“We wear masks and the scenes are blocked to include the fact that the actors are always six feet apart, there is no physical contact at any time,” Williamson said. “There are no costume changes, or dressing rooms.  As the costumes and props were built, they were given to the actors to take home, and they bring everything every night. They will arrive at the performances in their costumes.”

Wiliamson said the cast and crew “have met the challenge.” “There has not been one complaint,” she said. “Everyone takes the safety issue very seriously, and we’re all thrilled to be doing something that involves seeing other people in person.”

Audience members have an important role to play as well. Everyone will be asked to bring their own chairs, blankets, snacks and bug spray. Tickets for the show must be purchased in advance and patrons should wear masks until they are seated on the lawn.

“There are no touch points between the audience and our staff,” Williamson said. “The show will be performed with no intermission so that people don’t congregate in lines at the outdoor restroom facilities. We will have staff moving around to ensure that family groups remain 6 feet apart in all directions from other groups, using measurement tools.”

All of the precautions taken, Williamson hopes, will be worth it.

“We want to remind people that life is still good, that love stories are still happening, and that even in the midst of this crisis we are all finding new ways to stay connected to each other and to our community,” she said.

Parking will be available along the Quad, at the Charles W. Brown Planetarium parking lot or in the parking garage behind Sursa Hall.

As for the rest of the Civic season, all indoor programming has been “paused.”

“We’re waiting in the wings and will take the stage as soon as it is safe,” said Brittany Covert, Civic’s Managing Director.

Donations to Civic are being accepted, she added. “Everyone who donates at least $150 will receive half off on all ticket purchases through December 2021. We will also send each donor a Muncie Civic face mask as a thank you.”