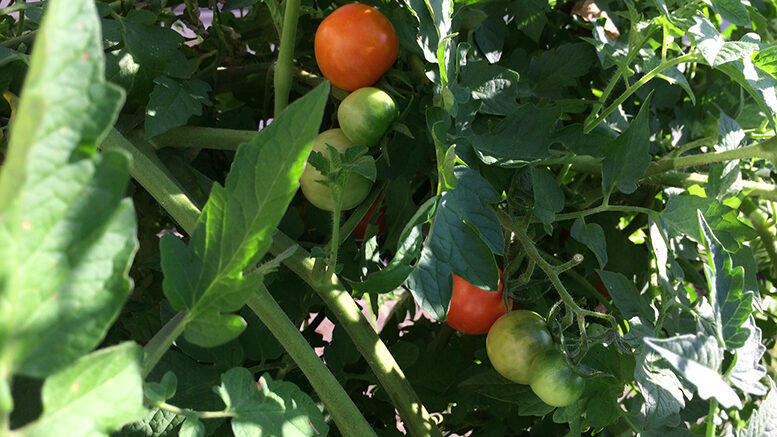 You know the coronavirus pandemic is getting to you when you start talking to tomatoes.

It’s even worse when they begin talking back.

OK! OK! We call each other Booters.

Guess it won’t kill me to lose a few pounds.

Later on we’ll discuss how many steps we walked that day. She always goes for ten thousand.  I always go for just enough to assure myself I’m not dead yet.

Sometimes we’ll even talk to other people. For Nancy it’s her friends from church, her book club or her sewing circle. For me it’s my Saturday breakfast gang of airplane nuts. It’ll be Ron and Jerry, maybe Mike, maybe our other Mike, Rick and Tony, then Bill, Bill and Bill, and hopefully someday we’ll be rejoined by our buddy, Bill.

If you ever forget somebody’s name at our breakfasts, just call him Bill.

Chances are, that’s it.

Then at noon, my pal Pinckney and I will quaff a couple pints at Guardian Brewing Co. While quaffing we’ll discuss the finer points of barbecuing, along with the unsolvable mysteries of life, like “What the heck’s up with women, huh?” In this we’ll be aided by input from barkeepers Jason Kindred, Brad  Cook and, of course, Bill Kerr, whom we consider the Three Musketeers of Perpetual Enlightenment.

In retrospect, that seems like lots of people to converse with, and yet, those tomatoes keep wanting to talk with me, too. Sound nuts? Sure, but it’s hardly surprising, since from the start these have been extraordinarily gifted tomatoes.

Nancy planted the seeds in May, in the shallow soil topping a brick stanchion anchored alongside the steps of our home’s side entrance. Frankly, it seemed a very unlikely place for cherry tomatoes to grow, let alone flourish.

Flourish they did, however.

Those tomato plants are practically bushes now. And since they are growing from the stanchion, we don’t even have to stoop to harvest them. They are right there at eye – and ear – level.

That fact undoubtedly contributes to our ease of conversation. It was a couple weeks ago when I first spotted a ripe cherry tomato to enjoy with a dash of salt and pepper, and maybe a squirt of ranch dressing. “Come here, dude!” I offhandedly insisted as I reached for it. “Your turn to be eaten!”

I was floored when it replied, “Coming, Dad!”

Now every time I’m out there to pick a couple cherry tomatoes, we engage in brief conversations. “What’s up, guys?” I’ll ask the tomatoes, or “How’s it going?”or ”Got plans for the day?” One thing that becomes obvious when your tomatoes begin talking to you, though, is they are not great conversationalists. “Not much, Mister C,” they will answer, or “Pretty good, I guess,” or maybe, “Just hangin’ here with my homies.”

And please, don’t get me wrong. If in my heart of hearts I truly believed our tomatoes were talking to me, I might start to worry that COVID-19 was making me a little, you know, loopy? But I’m not stupid enough to think these tomatoes are actually saying things.

It’s more like they communicate with me through hyper-sonic brain waves they engage via horticultural thought patterns linked to extra sensory perception.

Meanwhile, as the pandemic rolls on, along with talking to tomatoes, I’m also talking to the caterpillars in our butterfly pen. Maybe you’ve heard of the “horse whisperer”? This is more like a “caterpillar whisperer” type thing.

Right now there are a couple plump, robust future monarch butterflies in the pen, gorging themselves on milkweed in preparation for cocooning, the last step before earning their wings. “Eat hardy, guys!” I encourage them daily, to which they usually respond, “We’re eating fast as we can, Pop!”

Yeah, they’ve got this whole thing under control.

It’s the other caterpillars in there that worry me. They are a couple juvenile caterpillars Nancy recently discovered. One look and it’s apparent: Having little in the way of worldly experience, they invest no effort in their futures, choosing to just lounge around all day twiddling their forty sets of microscopic thumbs.

“You guys better start eating,” I warned them recently.

“Bug off, gramps!” they replied, erupting into faint peals of cruel laughter.

Despite dissing me, I have selflessly decided to encourage them at every opportunity. If they are as smart as I hope they are, they’ll soon come to their senses, begin chowing down and one day start spinning cocoons themselves, all while finally expressing their gratitude for saving their lives.

Well, they can’t say I didn’t warn them.