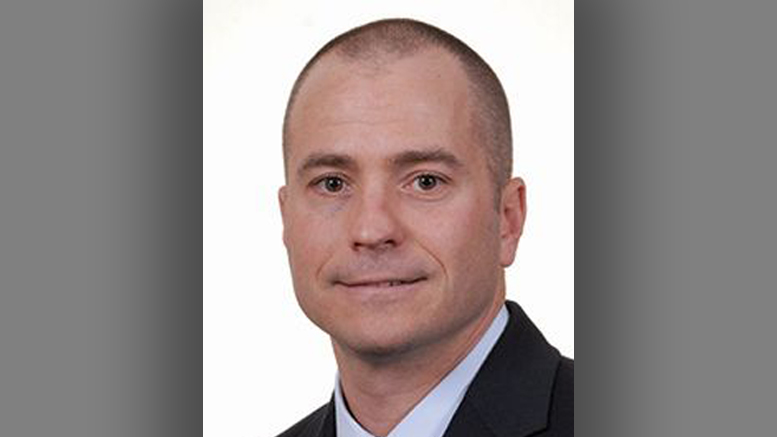 Muncie, IN– First Merchants Corporation (NASDAQ – FRME) has announced Jamie Matthews as its new market president for the Muncie region. Matthews will oversee all market operations and build upon the company’s recent growth and success in the city it has called home for more than 125 years.

Matthews and his wife Joy are active Muncie residents. They have two children in addition to Matthews’ three daughters from a previous marriage.

“Jamie immediately embraced the First Merchants vision and culture and will build on the strong team in Muncie built by Scott and other senior leaders,” said Executive Vice President and Chief Banking Officer Michael Stewart. “He believes in setting a vision, establishing priorities and executing in a manner that drives the best results for both customers and employees.”

“Muncie continues to be on a positive trajectory,” said Matthews. “We’re seeing new opportunities as the city and local leaders are committed to advancing development and partnerships to foster a stronger, sustainable community. The same can be said for First Merchants, and that combination presents exciting opportunities.”

“First Merchants believes in taking care of our communities,” said Michael C. Rechin, president and CEO of First Merchants. “The expanded effort will have a significant impact, both internally and externally, and we have the utmost confidence in Scott to lead the way. The success of our clients and communities will always be the true barometer of this company’s performance.”

McKee has been with First Merchants for the past 13 years, serving first as a commercial banking manager. He was named region president of the company’s Muncie region in 2016. He has his MBA from Butler University and a bachelor’s degree from Ball State University.

“This is a tremendous opportunity and allows me to combine my banking expertise with a long held passion to better our world,” said McKee. “I’m confident we will do just that because I’ve seen how much my colleagues share in that passion. They believe in people just as much as I do, and working together, we can and will do great things for our communities.”