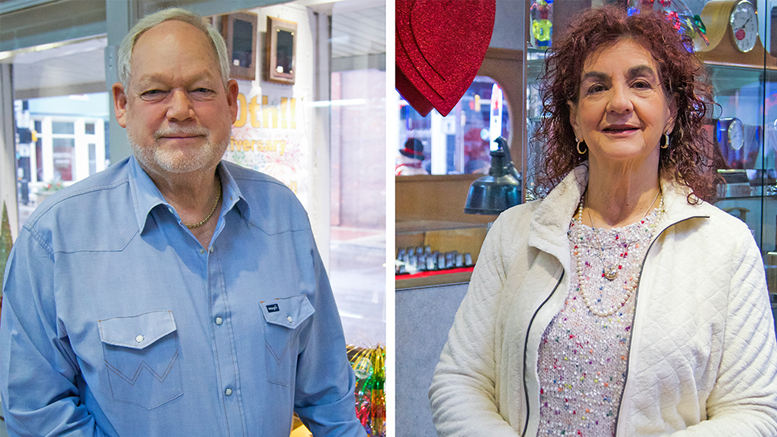 Founder Harry Pazol had been a jewelry salesman in Detroit, Cleveland, Toledo, and Pittsburgh in the early 1900s, but got tired of travelling and decided he’d like to settle down and raise a family. In 1920 the Harriott Jewelry Store in downtown Muncie was for sale, so Harry bought the business and opened the Harry D. Pazol Jewelry Store. In the 1930’s Harry Pazol’s two sons, Morton and Herbert began to work in the store as well. Pazols Jewelers rented two different locations before acquiring a portion of the Anthony Block at 125 South Walnut Street, where it remains today.

In 1947, Harry retired and his son Morton acquired the business. Morton was joined two years later by his brother Herbert. It would remain in their care until the 1980s.

In the early 1970s, many retailers relocated to the newly constructed Muncie Mall. Sears, JC Penny and many other retailers left but the Pazol family decided to stay downtown.

In 1973, the Pazols hired Penny Prow as a stock clerk and in 1978 Morton and Herbert decided she was a qualified successor.  In 1979 Penny’s then-husband Fred joined the team and and in 1985 The Prows became partners with Morton and Herbert. In 1985 they acquired the business.

“We’re very proud to have been a part of Downtown Muncie for so long,” explained Penny Prow, owner. “We’ve been serving our community for 100 years and we will continue the Pazol legacy by providing our customers with the very best quality and service they have come to know.”