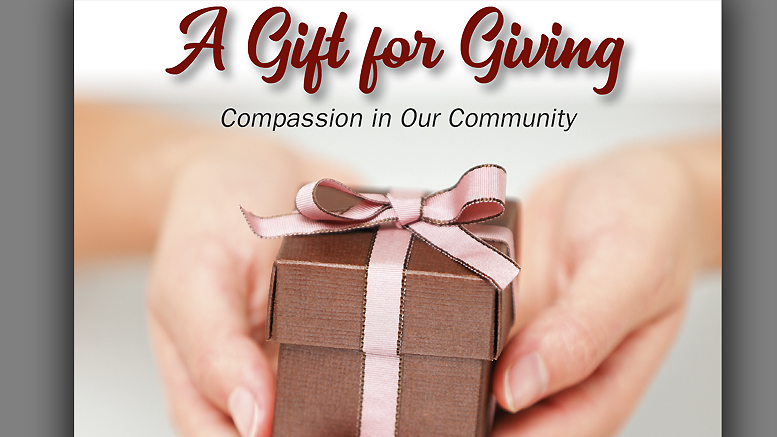 Muncie and Delaware county is ranked number one in Indiana for charitable giving by the Sagamore Institute's Public Good Index. Photo courtesy of Alliance Magazine.

Editor’s Note: The following is an excerpt of an article that appears in the Fall 2019 Edition of Alliance Magazine, published by the Muncie-Delaware County Economic Development Alliance. A PDF of the entire article and full Fall 2019 Edition of the magazine can be viewed from the link at the very bottom of this article.

Muncie, IN—Time, talent and treasure. Those are the cornerstones of philanthropy, and those who selflessly share them have made Muncie a shining star of charitable giving in Indiana.

According to the Sagamore Institute’s annual Public Good Index (PGI), which examines challenges and solutions in communities that receive the Institute’s Renewal Fund Investments, Muncie-Delaware County is number one in philanthropy. Statistically, this community edged out other, larger cities like Fort Wayne, Carmel and even Indianapolis.

“While there are challenges,”the annual report said, “Muncie has numerous assets to benefit society. The charitable giving in this city exceeds all other major cities … Maintaining high civic participation creates stronger communities by providing opportunities to collaborate in community development, and Muncie is home to people who are devoted to fostering a greater community, having the second highest number of civic, social, religious and political organizations in the state.”

Indianapolis was ranked second in charitable giving. Launched in 2017, the Public Good Index is the brainchild of Sagamore Insitute’s Vice President Troy Riggs, who described the PGI as a “deep data dive” on Indiana’s 11 major cities, as well as the nation’s 50 largest cities. The study looks at city challenges, such as crime,hunger, education achievement gaps, homelessness, etc., as well as solutions, like nonprofits, philanthropy, volunteerism and social entrepreneurship. Designed to identify crisis situations in a given community, the PGI isn’t all good news for any community.

Yet, Muncie-Delaware County cut a sharp figure among its much larger peers, some of which include Indianapolis, Evansville, Fort Wayne, Carmel and others, with its top-rated philanthropic endeavors. Moreover, this community’s civic involvement score came in second with its praiseworthy 11.6 civic organizations per 10,000 people. 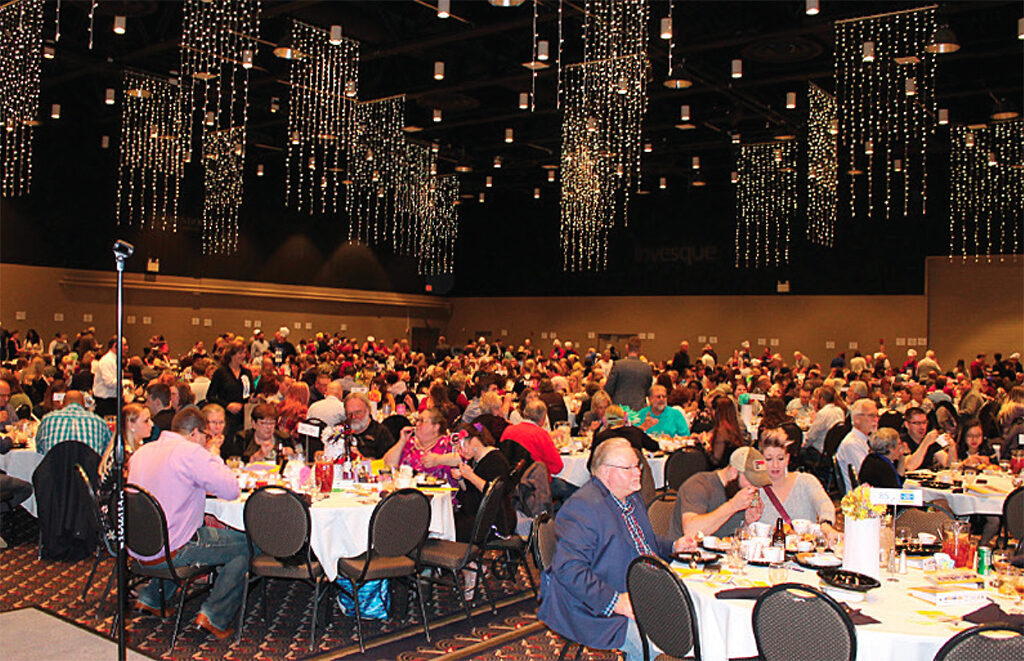 Supporters of the 100 Men Who Cook event dine at the Horizon Convention Center.

And why not? Philanthropy and nonprofit groups go hand in hand, like nutrient-laden soil nurturing a fruit-bearing tree.

But, there aren’t any artificial fertilizers or short-cut elixirs in this community’s soil. Rather, what feeds its sturdy, ever-blossoming tree of charitable giving are the same three things that began this story: time, talent and treasure. The individuals, nonprofits and businesses that undertake this critical role rely on those three ingredients day in and day out, to help grow the community, address the needs of its less fortunate citizens, and help improve the overall quality of life therein.

Old National Bank President Jeff Howe is one such example, a business executive accustomed to sharing his time and talents, as well as his own treasure. Howe initiated the popular fundraising event “100 Men Who Cook” in 2009 as way to help underserved citizens all over the county.

The annual event takes place at the Horizon Convention Center and features “celebrity” chefs, who vie for tips as they compete with others and their own food creations. Attendees join in silent auctions and try their luck at raffle giveaways featuring in-kind donations from Muncie-Delaware County retailers and service providers. All that connectivity boosts ticket sales.

“Initially,” Howe told Alliance, “people scratched their heads and wondered how we were going to pull this off. But, it’s worked!”

“Once a year,” he continued, “I go into this big room and see a thousand people show up and do something good for other people. Some do it because they like the feel of the event, the energy. Some are deeply passionate about helping others. Some are there to help boost economic development and improve workforce performance by helping raise up the whole community. Some people are just do-gooders,which by the way is not a dirty word. Some people just want to sleep better at night. Who cares what their motives are! To me, why they are there isn’t important. If people are solving problems for other people, then their motives don’t matter.”

What does matter is the event’s ability to consistently raise money and then apply it to local people and programs. This year, the 100 Men Who Cook raised $116,000, driving its 10-year fundraising total over $1 million.

You may view the entire article and see the full 2019 Fall Edition of the Alliance magazine, by clicking (or tapping on your screen if using a smartphone or tablet) on the magazine’s front cover image below. 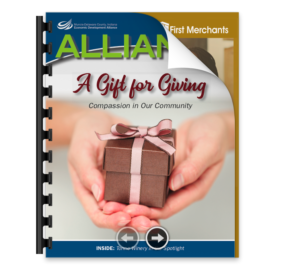