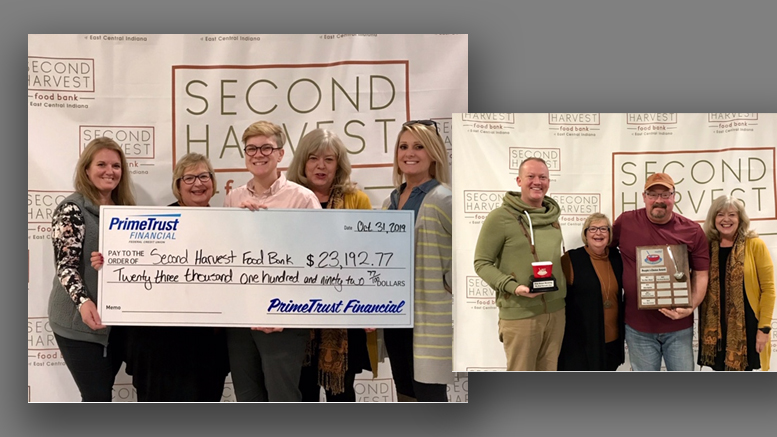 The People’s Choice Award, was presented to Elm Street Brewing Co for their Smoked Gouda & Tasso Ham with Wild Mushrooms.

Elm Street Brewing Co also claimed the trophy called “My Bowl Runneth Over”, for most monetary donations accepted during the event.

Founded by Copley, Commercial Relationship Manager at PrimeTrust Federal Credit Union, Soup Crawl is an annual event in which restaurants and organizations serve soup samples in a contest hosted at sites throughout downtown Muncie. Tickets have sold out each of the past few years, and 2019 was no exception.

For more event information, visit the Soup Crawl page on Facebook at www.facebook.com/soupcrawl or call PrimeTrust Federal Credit Union at (765) 289-2148.