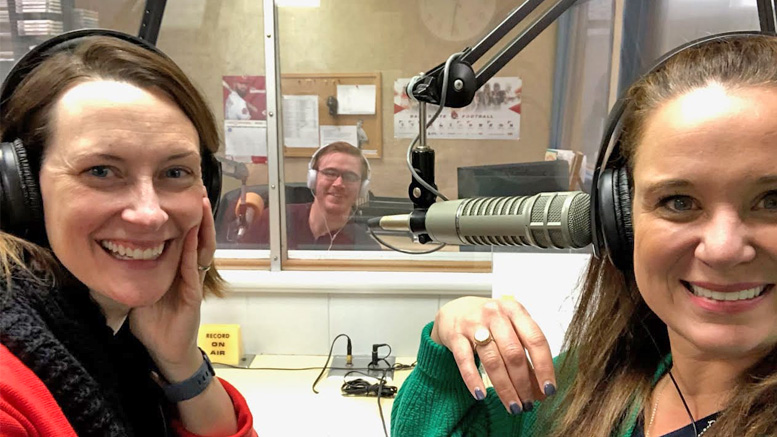 Muncie, IN—Organized by the Loaned Executives Program, United Way of Delaware and Henry Counties will launch its third annual #DayofGiving2019 campaign on Nov. 21 in Delaware County.

Day of Giving will cap off a robust local fundraising campaign that started several months ago. Loaned Executives and United Way supporters will harness the power of focused giving, where donations create massive impact for all.

Loaned Executives are a growing group of ambitious early-career professionals, as well as seasoned mentors, who are today’s foot soldiers, asking companies and their employees to support United Way, its programming and its community partners.

Once the domain of community stalwarts, the last few years has birthed a new generation of United Way pitch men and women – many of whom are new to United Way. They fan out across the community, meeting with company CEOs and small business owners to tell the United Way story.

Their help is a critical piece to United Way’s work to break the cycle of generational poverty. In Delaware County, nearly half live in poverty; in the city, it’s six in 10 families whose low income fits the federal guidelines for poor. One report shows more children in Delaware County live in poverty than any other county in the state.

“The Loaned Executives have pulled together a day full of fun opportunities to support United Way. There are four ways the community can participate,” explained Stanley.

• Day of Giving Scavenger Hunt – Pizza King of Muncie is the top sponsor of United Way’s #DayofGiving2019. Restaurants and shops throughout the community are donating a percentage of sales to United Way of Delaware and Henry Counties on November 21. Participating businesses include Hand & Fork, McAlisters Deli, Pizza King, The Hayloft Boutique and The Barking Cow. People can download their Scavenger Hunt game card from United Way’s website have it stamped at participating places of business to be entered into a prize drawing.

• Social Media – matching funds for social media donations are available through the generosity of retired Muncie Power Products Chairman and Chief Executive Officer Terry Walker and his wife, Cheryl. The gesture honors Muncie Power Products retirees. This year’s campaign co-chairs, Damon Elmore and Liz Ludwick, are Muncie Power Product employees. People are being encouraged to share their United Way story, (tell why they give, advocate, or volunteer), share social media posts and help spread the word about United Way using the #DayofGiving2019 hashtag to tag United Way in posts. Many will be hosting fundraisers on Facebook.

“Fundraising is a huge part of every occupational landscape,” said McCauliff. “The loaned executives’ program is a great place to explore and stretch. It’s awesome to just bring so many creative professionals together.”

To participate in United Way’s Day of Giving click here.

United Way of Delaware and Henry Counties focusing resources on education, health, and financial stability. The non-profit fights to create lasting change in community conditions. With its bold goal to reach grade-level reading by 2024, United Way works to help children read at or above grade level by the end of their third-grade year. Learn more at InvitedToLiveUnited.org.