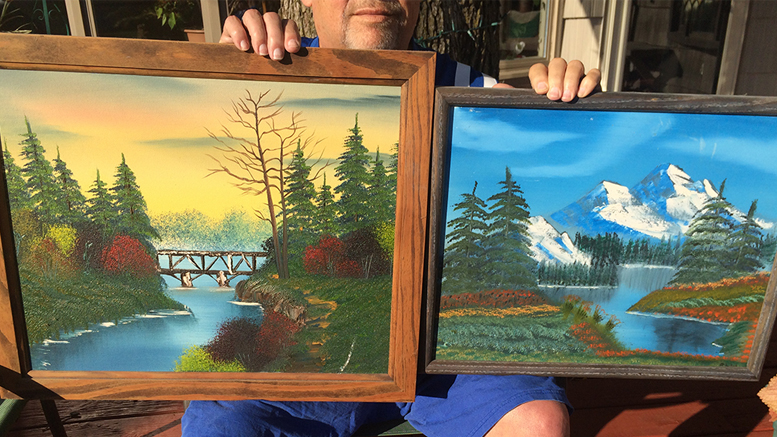 Lately I’ve enjoyed some happy little feelings, all over the planned reconnection between the late artist Bob Ross and the city where he rose to international fame.

The L.L. Ball House on Minnetrista Boulevard, where the iconic show “The Joy of Painting” was shot from 1983 to 1988, is getting a new exhibit honoring the painter, telling his story, and sharing some of the creative magic the man sparked. Granted, “The Bob Ross Experience” isn’t due to open until October 2020, a full year from now.

But like they say, good things come to those who wait. 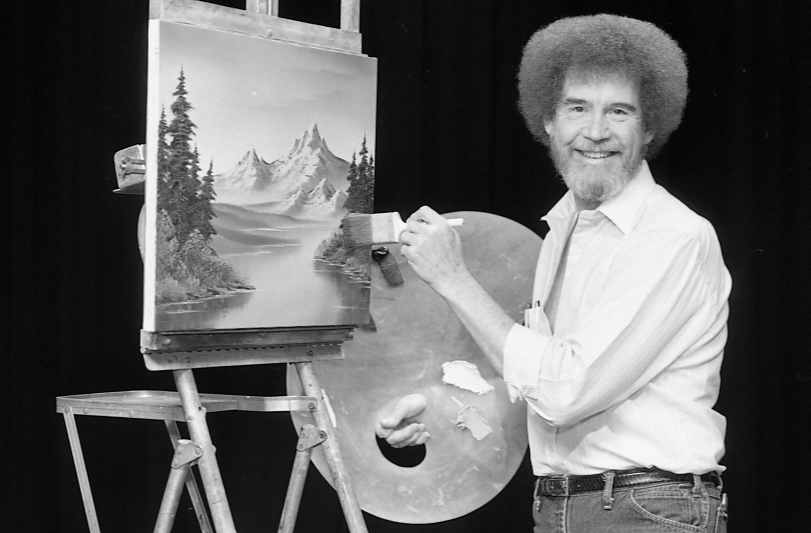 It’s not like Muncie doesn’t have other claims to fame. There’s Jim Davis and that fat cat of his, Garfield. There’s the fact John Dillinger used to hide out around here, back when he found it easier to make bank withdrawals with a gun than a pen. We’ve had a remarkable number of athletes rise to the top of their respective professional ranks, too, the NBA’s Bonzi Wells and the NFL’s Ryan Kerrigan being two who come readily to mind.

And, of course, there is Dave Letterman’s tenure as a solid-C student in Ball State University’s Department of Telecommunications, which launched his stratospheric television success. Countless millions of bucks paid to public-relations professionals couldn’t have bought Muncie and BSU the kind of recognition Dave bestowed by uttering a handful of words on the air.

I’m not going too far out on a proverbial limb to guess that art fans deeply into Van Gogh, Pollock and Renoir – or even our own late, great J. Ottis Adams – are unlikely to be ardent members of the television painter’s fan club. What’s more, I can sort of see why. Look at Van Gogh and you see the kind of tragic legend who thoroughly suffered for his art. Heck, he went a little nuts and cut off his left ear, right? Even had he wanted to, he couldn’t have done anything but be miserable and paint brilliantly. And in a lifetime of that, what’d he sell? One painting? Two? Beyond doubt, his is a compelling story of traumatic artistic genius.

And that, I think, is why a quarter-century after his death, he remains popular and fascinating.

Numbered among his fans were undoubtedly countless viewers like me. I never tried to paint along with him, yet I frequently watched “The Joy of Painting.” Quiet and laid-back as he was, viewers couldn’t help but want to emulate him. Through years of broadcasts, I bet nobody ever threw a channel-changer  at the television screen when he was on and hollered, “Not another stinking happy tree!!!” In its own way, watching him was like meditating. You mellowed out, breathed peace in, then appreciated the fact that what had been a blank canvas thirty minutes before was now a thing of beauty, if not a raw testament to some whacked-out artist’s angst.

I know this peaceful effect, because hanging on the wall of my oh-so-mellow man cave are two Bob Ross style paintings done by my late Buckeye brother-in-law, Bobby Wilson. One is a mountain scene, the other features a bridge. Both have trees, both have rivers and both are framed. Both also inspire happiness.

Bobby, I must note, was an inveterate Bob Ross enthusiast, which is one of the traits I so admired about him. My brother-in-law grew up a helluva lot tougher than I ever had to be. The level of comfort and coddling my sister Patty and I took for granted in our formative years would have been unthinkable to him, I believe. Born with an innate drive to work hard, he spent years in a factory earning a livelihood for his daughters, Carla and Carrie, and wife Patty before my sister went back to work herself. Golf was a passion of his. Bowling? Probably less so. But his connections with me centered mostly on riding fast motorcycles and draining cans of Genessee Cream Ale.

Physically, he was hard as nails.

Inside Bobby, though, was the soul of an artist. During vacations on the North Carolina Coast, he’d fly kites by the hour to watch them soar. He’d also fashion huge sand sculptures that won the admiration of his family members, but also of passing beachcombers. When Bob Ross and “The Joy of Painting” came into Bobby’s life, he bought himself paint, brushes and canvases, then set to work.

Bobby’s story, multiplied millions of times over, is why Bob Ross is rightfully the subject of such devotion and, yes, love. For all those people who may never have set foot inside an art museum or gallery but somehow craved art in their hearts, it was the television painter who assured them, “You can do this!”  Then he showed them how.

Of course, when it came to admiring the man and his life’s work, those of us living in Muncie and Delaware County were especially blessed.

After Bob Ross did a book signing at a local store, we surprised Bobby with a couple books the artist had kindly inscribed to him. I have a vague memory of his being a little speechless when he held them. The fact that “The Joy of Painting” was produced in little old Muncie must have seemed somewhat amazing to him, too. When my wife Nancy learned of a special class the artist was going to teach here, she helped get Bobby enrolled. A man of few words, my brother-in-law didn’t say much about it afterward, but I know he loved it. The following morning, when the four of us walked into Shoney’s for Sunday brunch, there sat his artistic hero and mentor at a table, eating all alone. Bobby about fainted on his way to the breakfast buffet, as I recall, but nothing we said could convince him to go over and talk to the man he so admired.

Some people were just too special to bother.

Anyway, it was a wonderful weekend, one rife with memories we were grateful to make. Not all that long afterward, in 1995, the artist died of cancer. Years later Bobby died, too, of a heart attack at age fifty-nine, way too young.

Still, Bob Ross’s impact on Bobby and our family is  just about as permanent as anything gets these days. In honoring the memory of her father, his daughter Carrie had a tattooist recreate the favorite of Bobby’s Bob Ross paintings in the skin on her back. Whatever you think of body art, it’s hard for me to picture a more distinctive act of devotion.

It also speaks volumes about the kindly gentleman with the bushy hair and mellifluous voice who came to Muncie, unselfishly leaving behind art and beauty in the lives of so many others, and perhaps most of all, joy.