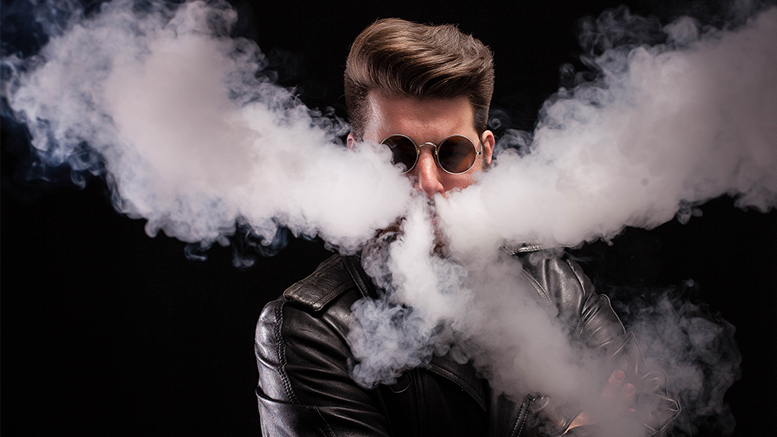 Indiana teens are more likely to use vaping devices than cigarettes. According to Indiana Gov. Eric Holcomb, “Just don’t start.” Photo by: storyblocks

Muncie, IN—Indiana just announced a $2.1 million project to combat youth vaping in the wake of an alarming number of respiratory illness nationwide. There are more than 300 cases nationally, seven suspected vaping deaths, including one in Indiana, along with several Hoosiers seriously ill.

The Indiana campaign will be three-pronged with a youth support component, social media outreach, and a toolkit for educators and parents.

The message is simple, according to Indiana Gov. Eric Holcomb, “Just don’t start.”

In Indiana the number of youth smoking is down, but the number of those using vaping is up. According to the Indiana Health Department, 18.5 percent of high school students use e-cigarettes, and for middle school students, there has been an increase of 300 percent during the past six years.

The JUUL CEO, on an apology tour of sorts, said he would never let his own teenagers vape, and encouraged those in vulnerable populations not to begin because the long-term effects are not known. This is in opposition to the slick marketing campaign targeting youth through social media and on television using attractive JUUL delivery systems, with candy flavored pods or alluring dangerous names such as Zombie Juice and Unicorn Puke.

Located in San Francisco which has now banned the sale of JUUL, the company spent $8.7 billion promoting its products—in one year alone—with the understanding that most youth begin smoking or vaping before the age of 21.

The FDA has now charged JUUL to support their advertising claims that JUUL is safe.

Several states are banning e-cigarettes altogether, or at least the candy-flavored pods. Those selling these products complain they will lose revenue, may have to fire employees, or close down their businesses completely.

Tobacco free advocates counter that saving lives should be foremost. Those who survive the respiratory illness have lasting lung damage often with the lungs of a 50-year-old, doctors say.

In Indiana there is help through the Indiana Tobacco Quit Line, a free program for Hoosiers, who want to stop. It also provides a free two-week supply of nicotine replacement therapy and counseling. For more information call or visit 1.800.QUIT.NOW, www.eQuitNow.com, or www.TobaccoFreeDelCo.org

For more information on the state program, please visit: https://www.in.gov/isdh/tpc/2764.htm