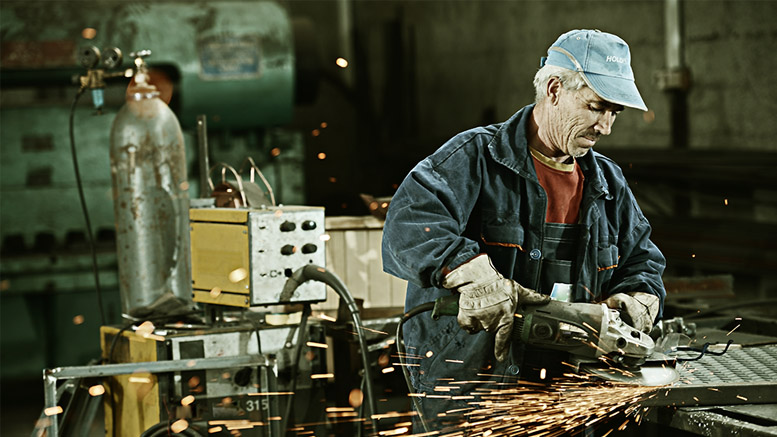 54 percent of U.S. workers are satisfied with their employment. Photo by: Storyblocks

Provided By: Joseph DiBlasi, The Conference Board—

New York—As Americans celebrate Labor Day, a nationwide survey reveals they’re feeling better about their jobs than they have in years.

Conducted by The Conference Board, the survey shows that about 54 percent of U.S. workers are satisfied with their employment. Satisfaction climbed by almost three percent from the prior year, which marks a near-record increase in the survey’s history. Workers also report being much more at ease about their job security. And Millennials have experienced a surge in confidence regarding their wages.

The results, however, include some cautionary signs for management. Amid a strong jobs market where individuals can more easily find new work, survey participants gave weak marks to the most important driver of job satisfaction: their current job’s potential for future growth. In addition, over 60 percent feel dissatisfied with their organization’s recognition practices, performance review process, and communication channels. Also noteworthy, men generally feel better than women about multiple financial components of their work, including wages and bonus plans.

The survey gauged the job satisfaction of approximately 2,000 workers throughout the U.S. Collectively, they represent a snapshot of the nation’s workforce. Highlights include: 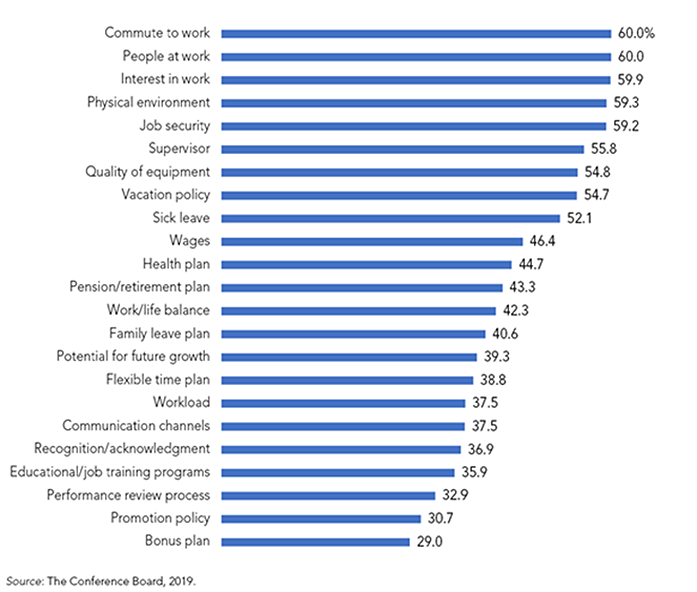 “In today’s strong jobs market, people are quitting their current positions at the fastest pace in over two decades,” said Gad Levanon, PhD, an author of the report and The Conference Board’s Chief Economist for North America. “It’s one of the many signs that illustrate improved opportunities for workers. They now have more leverage when it comes to increasing their paychecks and finding jobs that better align with their interests and skills.”

Which Job Components Most Influence Satisfaction?

Once survey participants ranked how content they are with various aspects of their jobs, The Conference Board analyzed the extent to which each aspect influences their satisfaction. In other words, which aspects are the strongest drivers with the most weight and pull? Takeaways include:

“Our research reveals that workers place the biggest premium on a job’s potential for future growth, but at the moment 60 percent of U.S. workers feel dissatisfied with this component,” noted Robin Erickson, PhD, an author of the report and a Principal Researcher at The Conference Board. “To help change course – and ultimately, retain their employees so they gain an edge in this tight labor market – organizations should make a greater commitment to total talent mobility, a holistic approach to both internal and global mobility.”

Women and Men Value Different Aspects of Their Jobs

Insights for What’s Ahead: Actions for Consideration

To improve the strongest drivers and influencers of overall job satisfaction, those responsible for maintaining employee satisfaction at their organizations should consider the following actions:

About The Conference Board

The Conference Board is a member-driven think tank that delivers trusted insights for what’s ahead. Founded in 1916, they are a non-partisan, not-for-profit entity holding 501 (c) (3) tax-exempt status in the United States. www.conference-board.org