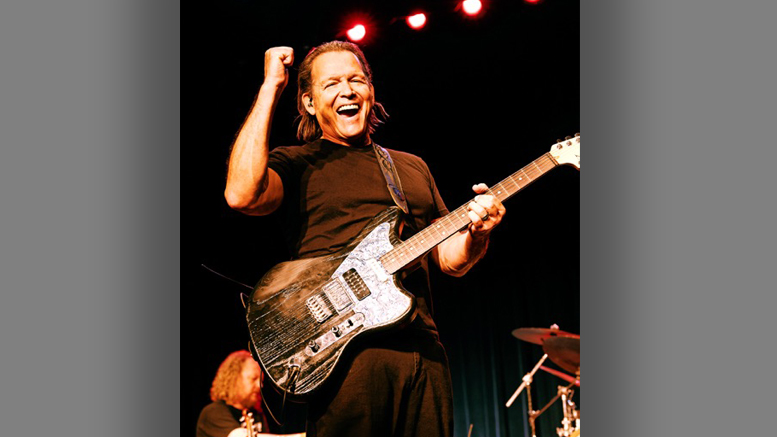 Acclaimed blues-rockers Tommy Castro and the Painkillers will be performing in a FREE outdoor concert on Saturday. Photo provided

Muncie, IN–Acclaimed blues-rockers Tommy Castro and the Painkillers will be performing in a FREE outdoor concert as part of the 2019 Muncie Three Trails Music Series. The concert will take place at 7:00 PM on Saturday, August 24th at Canan Commons (500 S. Walnut St.) in the heart of downtown Muncie, IN. Muncie’s own Chad Nordhoff and New Roundabout will open the show.

This concert is presented by the Community Foundation of Muncie and Delaware County.

Born in San Jose, California in 1955, Tommy Castro first picked up a guitar at age 10. He fell under the spell of Eric Clapton, Elvin Bishop, Taj Mahal, Mike Bloomfield and other blues-rockers. Mixing the blues-rock he loved and the soul music he heard blasting out from his Mexican friends’ lowriders, Tommy started to create his own personal sound and style. Over the course of his still-unfolding career, the guitarist, vocalist and songwriter has released 15 albums ranging from horn-fueled soul and R&B to piping hot blues to fiery rock ‘n’ roll. Castro received his greatest notice after joining Alligator Records and releasing Hard Believer in 2009 to massive acclaim and proceeding to win four of his six career Blues Music Awards, including the coveted B.B. King Entertainer of The Year Award (the very highest award a blues performer can receive).

Castro has performed all over the world, earning countless fans with his legendary, sweat-drenched, exhilarating live shows. The Washington Post says Castro is “phenomenal and funky” with “soulful vocals and inspired blues-rock guitar.” Blues Revue says simply, “Tommy Castro can do no wrong.” Castro’s band, The Painkillers—bassist Randy McDonald, drummer Bowen Brown, and keyboardist Michael Emerson—have coalesced into one of the telepathically tightest units Castro has ever assembled, making them one of the most in-demand live roots music acts performing today. “This is the best band we’ve ever had,” states Castro. “We really got something going on beyond just being good musicians. Every song we play live now has that right feel—all the dynamics. It allows us to jam out more on stage.” Live, Tommy Castro & The Painkillers’ road-hardened musicianship brings an unmatched passion to Castro’s blue-eyed California soul and hard-rocking, good-time songs. His latest album, Killin’ It–Live, captures this live power and raw passion of the band. It’s the next best thing to being there. But the BEST thing IS being there, so join us on Saturday, August 24th for a fantastic show!