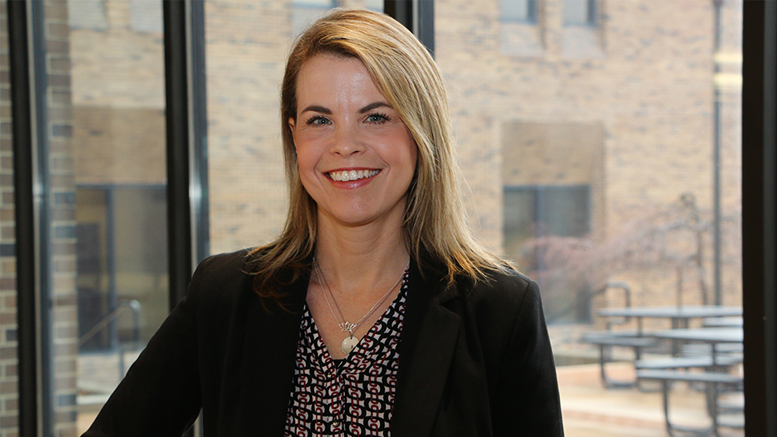 I recently had the opportunity to meet with Muncie city leaders, including Mayor Dennis Tyler, to discuss access to affordable college, a visit that was part of a statewide tour we planned after I took on my new role as Chancellor at WGU Indiana. While I was excited to have the opportunity to visit the new local restaurant, Roots, in the Village, I also found myself reflecting on the city and family members who impacted my pathway to higher education leadership.

Growing up in Muncie, I was exposed to higher education in many different ways. I attended Burris Laboratory School, a public, K-12 school that provides a clinical setting for preparing future educators through Ball State University’s Teachers College. Spending my elementary, secondary and high school years on Ball State’s campus allowed me to observe college life at an early age and benefit from a demonstration school focused on educational research. While I left to attend Indiana University in Bloomington as an undergrad, I returned to Muncie and became a Cardinal by completing my master’s in higher education and student affairs at Ball State.

The path to my Ball State diploma was certainly influenced by my dad, Dr. John Barber, who was a history professor at Ball State for 44 years. He taught a variety of courses during his tenure, including Western Civilization and an interdisciplinary colloquium course called Violence and Peacemaking, which was one of the most popular courses offered on campus at the time. He was known for turning his lessons into a performance – he’d even lecture from the top of a ladder in a Titan helmet to teach his students about ancient Rome! His interactive approach to teaching really opened my eyes to the power of learner-focused higher education.

My mom played a big role in my professional development as well. When I was in kindergarten, she decided to pursue her master’s degree at Ball State,which ultimately led her to her first career working full-time at General Motors in Anderson. After 13 years working at GM, she took advantage of an early retirement and found fulfillment as an academic advisor at Ball State, helping exploratory students choose courses and find their own purpose. Her drive to pursue a second career and new passion showed me that I was capable of my own goals too.

My grandmother’s impact on me was just as important. Her gumption resembled that of Rosie the Riveter. While the men fought overseas, she went to work running a crane for John Williams Steel Works in Jackson, TN during the Second World War. She was a tiny woman with a big heart and her determination and attitude that women can do anything that men do set a strong example for me.

The culmination of these observations and experiences led me to pursue my own career in higher education, and it’s the reason I’m so passionate about our mission at WGU Indiana, a non-profit, online university. By providing an alternative and affordable option for those not well-served by traditional college, we’ve been able to help thousands of people work toward a better life. Today, as Chancellor, I feel honored to be a part of this organization and to continue a family legacy that I watched begin in Muncie as a little girl.

WGU Indiana is an online, competency-based university established to expand access to higher education for Indiana residents. The university offers more than 60 undergraduate and graduate degree programs in the fields of business, K-12 teacher education, information technology, and health professions, including nursing. Degrees are granted under the accreditation of WGU, which is accredited through the Northwest Commission on Colleges and Universities (NWCCU). Teachers College programs are accredited by the Council for the Accreditation of Educator Preparation (CAEP), College of Business programs are accredited by the Accreditation Council for Business Schools and Programs (ACBSP), and nursing programs are accredited by the Commission on Collegiate Nursing Education (CCNE). WGU Indiana has helped 7,500 Hoosiers achieve their dream of completing a college degree. Another 5,900 students are currently enrolled. Learn more at www.wgu.edu/indiana.