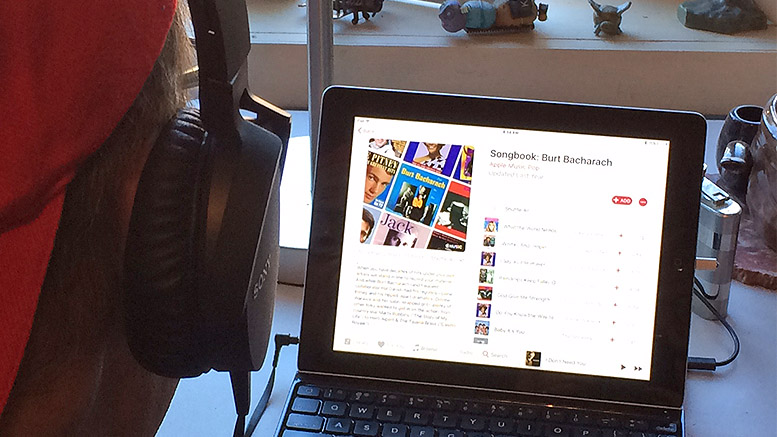 Burt Bacharach did not write “Satisfaction.”

After all, you may have noticed the Rolling Stones’ mega-hit repeatedly includes the refrain, “I can’t get no…”

Bacharach would never have employed – some might say, stooped to – such poor grammar in his lyrics. It’s also a safe bet he didn’t write stuff like The Mothers of Invention’s “Hungry Freaks, Daddy” or Iron Butterfly’s “In-A-Gadda-Da-Vida,” or thousands upon thousands of other memorable songs the young folks of my generation grew up with.

He did, however, write scores of the best, most literate and addictively melodic numbers that served as musical lighthouses throughout my peers’ life journeys, especially from the mid-1960s through the 1980s.

I gained a heightened awareness of this while punching up my Apple Music account one night a few months ago and happening upon “Songbook: Burt Bacharach.” Lubed by a little something to sip, I uncovered  a trove of fifty cuts, starting with “What the World Needs Now” by Jackie DeShannon.  Once the tunes began playing, they were almost impossible to turn off.

More than any other artist he recorded, the inestimable Dionne Warwick’s numbers populate “Songbook,” stirring memories of when she and Bacharach formed a musical marriage that seemed made in heaven.

It’s not that I didn’t love Jefferson Airplane’s Grace Slick. I did. Same goes for Janis Joplin. And there was no doubt that for pure, skin-prickling, goosebump-raising soul, Aretha Franklin was unassailably perched atop the musical mountain. But Warwick’s cool heat on hits like “I Say a Little Prayer” and “Walk on By” were  every bit as much the soundtrack of those special days. Then there’s “Promises, Promises.” If you’ve never stopped and really listened to it, Warwick’s vocal aerial act on this song is incredible.

Gene Pitney is on “Songbook” with a few numbers, too, including “Only Love Can Break a Heart.” I’m addicted to that late singer’s stuff. My passion is traceable back to seventh-grade, when in a scene right out of “Romeo and Juliet,” the first love of my life and I skated hand-in-hand to his music at my hometown’s municipal ice rink. Somehow I thought this commitment meant something to her, you know? But our magical romance ended one week later when, a victim of the worst sort of personal betrayal, I learned she’d danced with the eighth-grade football captain at the sock hop. But thanks to Bacharach and Pitney’s musical counseling, I got over it.

And the hits, as they say, just keep on coming. Cilla Black’s “Alfie” is one powerful piece of music. Why that is was dramatized on “Cilla,” a miniseries about the singer that aired on PBS not long ago. It portrayed the taskmaster Bacharach making her sing what had to be thirty takes of his song before he was satisfied with her performance.

My absolutely favorite rhythm-and-blues vocal group, The Stylistics, is represented on “Songbook,” too, with Bacharach’s “You’ll Never Get to Heaven.” How wonderful is that cut? Good enough that I’m not even slightly embarrassed I sound like a girl when I’m squeakily warbling it in the shower, trying to emulate lead vocalist Russell Thompkins Jr.’s falsetto part.

Others? Tom Jones and Christopher Cross make appearances, as do The Shirelles, The Fifth Dimension, Marty Robbins for a touch of country, Billy J. Kramer and the Dakotas, mega-music exec and  trumpeter Herb Alpert, Elvis Costello, The Carpenters and more, all performing unforgettable songs by Bacharach.

My old fantasy-squeeze Dusty Springfield is here, too, on several cuts, most notably “Wishin’ and Hopin’” and “The Look of Love,” and  Bobby Vinton’s “Blue on Blue” is another in a long list of winners. And just in case you think Bacharach totally sidestepped the rock ‘n’ roll thing in favor of pop, there’s “My Little Red Book,” a hit by no less a British Invasion stalwart than the band Manfred Mann, the namesake of its keyboardist.

These are all satisfying musical confections, especially now that we’re not kids anymore. And while in its own way it’s pretty sobering, there’s an extent to which my exasperated folks’ musical predictions for me have come  true: I would rather listen to stuff like Pitney’s “Twenty-four Hours From Tulsa” than The Troggs’ three-chord grinders.

Besides, mellow though it might be, along about midnight in the confines of my man-cave, playing “Songbook” transports me back to my youth as much as harder rock ever has. It was a time of cruising for burgers, learning to inhale Lucky Strikes and hiding our Budweisers when the cops pulled up alongside us. That was the fun part, the mellow part of that time, but offset by the hollow knowledge that friends we’d been schooled with were fighting, and sometimes dying, half a world away in Vietnam. Then came that slow slide into adulthood with Bacharach’s tunes and, for a while at least, the expanded horizons of a future where we believed our potential was unbounded.

But such memories, whether they bring laughs, grimaces or tears, are good to ponder from time to time. Nothing seems to spur them for me these days like “Songbook” and its parade of Burt Bacharach’s hits.