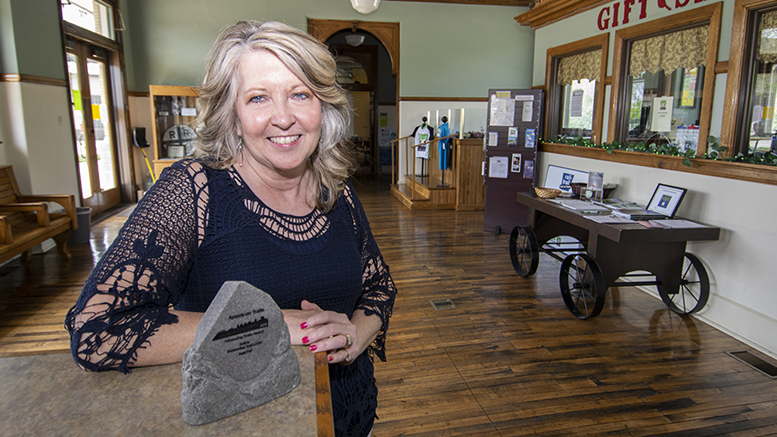 Angie is pictured by the "Outstanding Trail Leaders" award she was presented at the 24th International Trails Symposium in Syracuse, NY. Photo by: Mike Rhodes

The “Outstanding Trail Leader” award recognizes individuals who have made compelling and significant contributions to the trails movement in their home states. Any area of trail excellence or achievement—advocacy, design, construction, maintenance, adaptation, etc.—are grounds for receiving the honor. 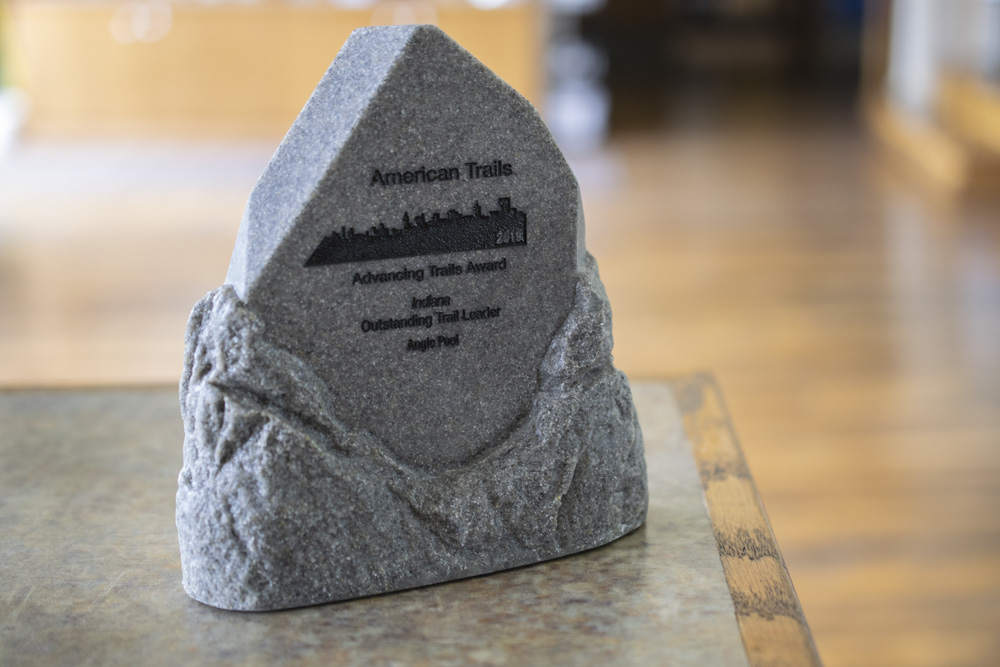 Since 2008, Pool has played a role in the development of the Cardinal Greenway. Pool is a representative on the Indiana Trails Advisory Board, and a board member on the Greenways Foundation of Indiana. She is also a stakeholder for the development of Governor Eric Holcomb’s new “Next Level Trails” program.

Earlier today, in celebration of the Great American Rail-Trail Route Reveal, the Rails-to-Trails Conservancy (RTC) hosted a series of live events around the country, in select locations on trails along the preferred route. Along with Washington D.C., Columbus, OH and Three Forks, Montana, they made a stop in Muncie at the Wysor Street Depot. The event was live-streamed to the RTC Facebook page and is available to view at this website. During the broadcast, remarks where given by Angie Pool and Dennis Tyler, Mayor of Muncie.

Community leaders, Cardinal Greenway board members, and Grant County partners are pictured as Angie Pool and Mayor Dennis Tyler are interviewed during the RTC live broadcast from the Wysor Street Depot. Photo by: Mike Rhodes

About the Rails-To-Trails Conservancy (RTC)

Rails-To-Trails Conservancy is the nation’s largest trails organization dedicated to connecting people and communities by creating a nationwide network of public trails, many from former rail lines.
Visit http://www.railstotrails.org for more information.