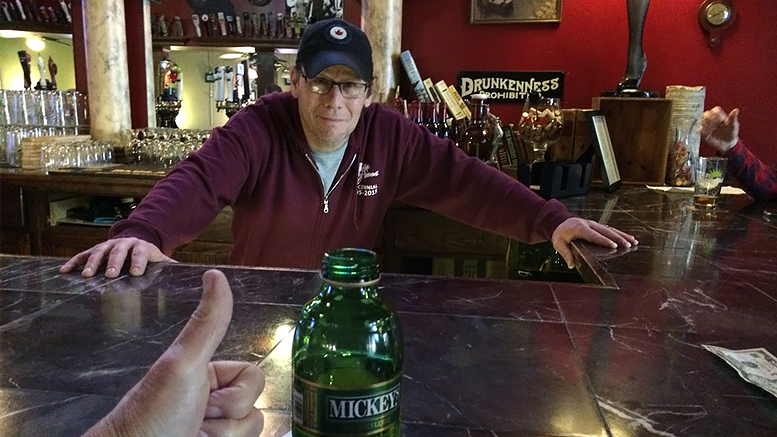 If it’s possible for a man to passionately love a place – and I think it is – then except for my own home and every White Castle in America, I love the Indianapolis Motor Speedway most.

As an IndyCar racing fan, for me it’s Mecca, especially as the month of May approaches.

It’s not like I’ve been to a lot of Indy 500s. I’ve been to maybe ten. And I probably haven’t always been what Speedway marketers would consider a preferred customer. For half of mine, I’ve watched from the saddle of a Harley-Davidson Lowrider parked in the Snake Pit. This was the old Snake Pit, I should note, not the new, genteel Snake Pit. In the old Snake Pit, the least disturbing sight around would have been actual snakes. It was there, when my brother bikers got drunk and disorderly, they would be handcuffed to the chain-link fence like crucifixes. This always lent a certain ambience to the place.

But whenever I visited the Speedway, especially when the rambunctious crowds were absent, I could sense the ghostly presence of the drivers who were my heroes, some of whom had died on that track. Someday, I fantasized, I would make my mark there.

One day, as I recently told my buddy Steve Merritt, I almost did.

It was 1986, and Nancy and I were going to our first Indy 500 together, with tickets for real seats and everything. Frankly, I was feeling pretty good about leaving my beloved Harley back home, because this race day was raining your proverbial cats and dogs. Still we drove down to the Speedway, hoping the rain would clear out in time for the race. I forget where we parked, but we walked around the infield for a while, Nancy carrying an umbrella. As for me, I carried a paper bag. Inside that bag, in anticipation of a thirsty afternoon of race-watching, was a six-pack of green, barrel-shaped bottles containing Mickey’s Big Mouth ale.

As befits even a rainy race day, the Speedway was packed with edgy fans fervently wanting the race to run. Wending our way through thousands of these rain-soaked pedestrians, I pointed out the sights to Nancy on our way to our seats. This culminated in our view of Gasoline Alley and the short stretch of pavement upon which the race cars were towed to the pits. In fact, due to an apparent rain break in the forecast, the first car towed out – pole-sitter Bobby Rahal’s – was approaching as we crossed that paved stretch.

Right then and there, my soggy paper bag broke.

Now I will tell you something about the Indy 500. It features no shortage of butt-puckering moments, none more thrilling than its glorious, gripping, mind-numbing start. But for me, it was also a butt-puckering moment when I saw that just a hundred feet away, Rahal’s race car was being towed directly toward the broken glass from the shattered Mickey’s Big Mouth bottles at my feet.

And here is something else about the Indy 500. When you are the hapless peckerwood whose Mickey’s Big Mouth bottles just shattered in front of the pole-sitter’s race car, you are not a very popular person.  Instantly, “Moron!” and “Idiot!”and “Loser!” rang out on all sides of me. These were the nicest things that thousands of nearby race fans screamed at me. Others questioned my parentage, demanded I stick the glass shards in a place that would be really hard to bandage, or urged me to engage in impossible acts of human physiology. Meanwhile, having toppled to my knees, I was frantically scraping the glass shards into what was left of my ripped and waterlogged paper bag as Rahal’s race car drew ever nearer.

But just then, with me wallowing in despair, a kindly gentleman wearing an official yellow IMS shirt knelt with me and began helping. The tow vehicle pulling Rahal’s car never slowed down, but just before it came upon us, we finished clearing the glass pieces from the asphalt. After dropping them into a trash bin, I was never so happy to melt into a crowd. Nancy and I stuck around a while, but when the rain returned, and it seemed certain the race would be postponed, we reluctantly headed back for our car.

Except, it wasn’t all that reluctantly.

It was funny. For every other Indy 500, whether or not I attended or listened on the radio, the very thought of it being delayed by rain was a major bummer. But this time when the Speedway officials postponed the race? Not so much. This was because as a certified “moron,” “idiot” and “loser” plagued by self-doubt and irrational fears of inflicting mayhem on innocent people, my worries had kicked into high gear. What I feared was the race would start, and automotive hell would ensue.

I could almost hear Tom Carnegie’s voice booming over the loud speakers as the cars sped out of Turn Four for the green flag, and then his heartrending cry, “And it’s a new track record … for opening lap disasters!!!! All four of Bobby Rahal’s tires have just inexplicably blown and the other cars are piling up  behind him!!!!”

Then I imagined from the seats near me, somebody hollering, “Hey! Isn’t that the nitwit who dropped a bag of Mickey’s Big Mouths in front of Bobby Rahal’s car?!?! Let’s git him!!!!” Suddenly, the crowd would be on me.

Anyhow, that was a long time ago. As it turned out, the race was held the following weekend, and Bobby Rahal won. Maybe it was because he was the best driver/car combo. But I’d say it was also because for about ninety intense seconds of glass gathering, I nearly popped a gasket begging God, Jesus, Moses, Noah and anybody else I could think of to watch out for him.

These days I don’t go to the Indy 500, being a wonky walker and the incredible crowds being more than I can handle in my dotage. However, I still take a certain pride in the Speedway’s eventual decision to ban those nasty glass bottles. Could I be the reason?

Probably not, but I like to think I helped.