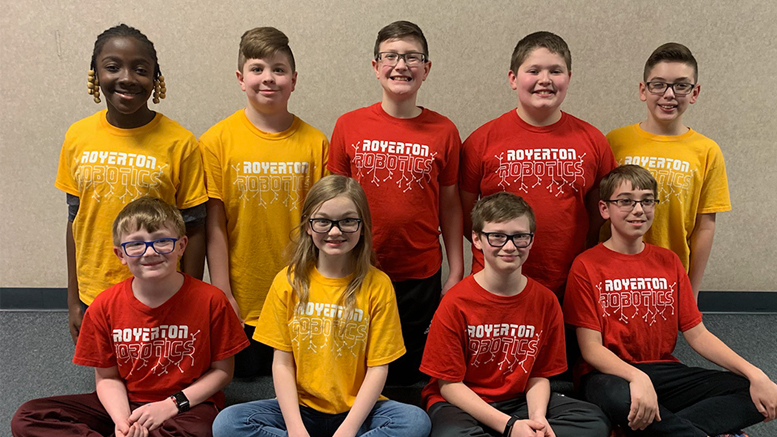 Royerton, IN—Over 200 elementary schools from across Indiana converged on Lucas Oil Stadium to compete in the Indiana VEX Robotics State Championship on March 9th. Two of those teams – the Robo Pirates and the Yellow Jackets – were from Royerton Elementary School. To even make it to the State Championship was a great accomplishment considering Indiana has over 1100 elementary VEX Robotics teams (the most of any state in the country). These two teams, however, worked tirelessly over prior weeks with one goal in mind: to make it to the World Championship.

“These teams started in May of last year when the new game was released.  They designed, built, programmed, tested, documented, and worked together over the past year. Their hard work paid off,” says Ryan Parrot, Assistant Principal at Royerton Elementary and Robotics Coach. “They had a goal to make the State Championships this year and when they realized they had a shot at Worlds, they worked even harder to achieve that.”

The game Mr. Parrot is referring to is VEX IQ Next Level. Each year VEX releases a new robotics game to competitors around the world. The game is played on a 4x8ft field and requires teams to collaborate with other teams to lift, push, and maneuver around objects to score points. They also have the option to program their robots to accomplish the same tasks autonomously.

“The students involved in robotics use the engineering design process and computational thinking to solve challenges. They communicate with their teammates and other teams. They take what they learn in the classroom and apply it,” said Julia Sanchez, 3rdGrade Teacher at Royerton and Robotics Coach.

At the end of the day, BOTH teams qualified to compete in the World Championship in Louisville, KY on April 28-30.  They will compete with and against teams from across the United States and from around the world, including China, Thailand, Australia, Colombia, and Egypt. 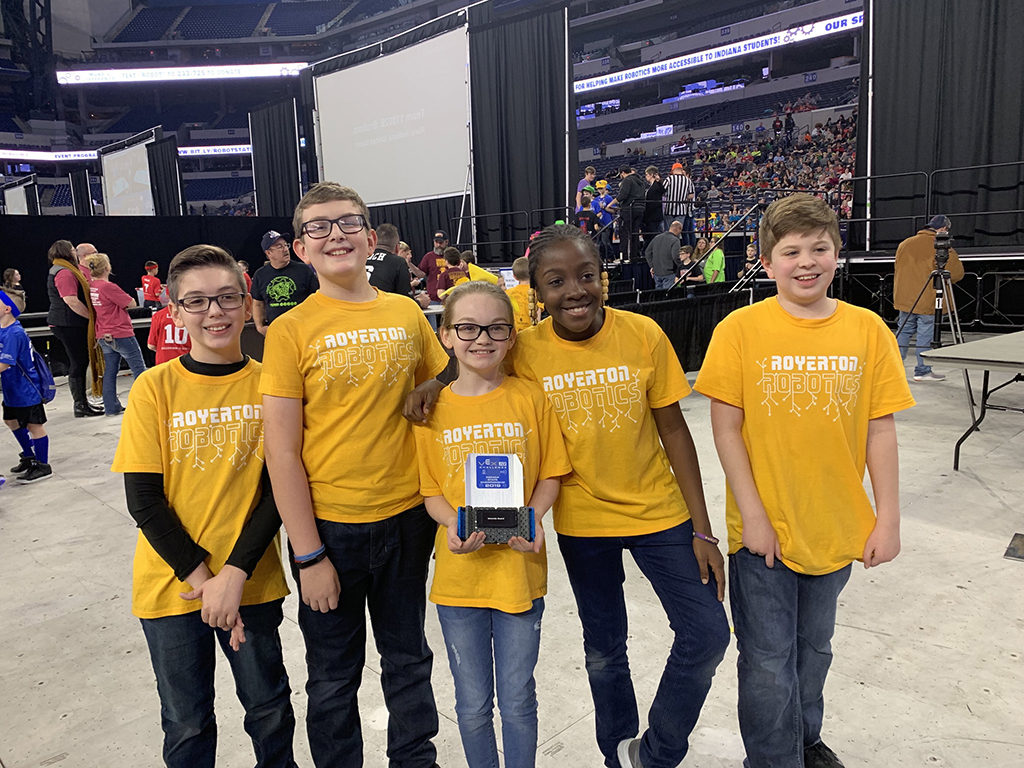