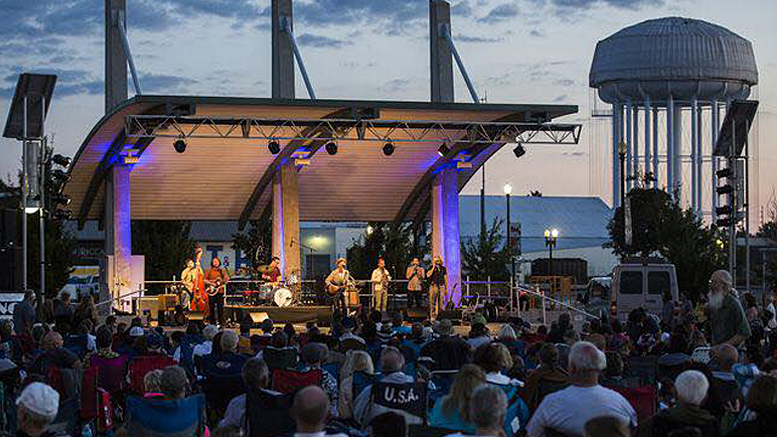 Muncie, IN—The Muncie Three Trails Music Series is pleased to officially announce its 2019 lineup as it undertakes its 7th season of presenting four critically acclaimed national recording artists in four FREE concerts at Canan Commons in downtown Muncie. All shows begin at 7 PM. Complete information on the series and all artists, including songs and videos, can be found at www.munciethreetrails.com.

Celebrated bluegrass group Michael Cleveland and Flamekeeper will kick things off on Saturday, July 20th. Michael Cleveland is one of the most decorated fiddle players in bluegrass history, with 11 IBMA “Fiddle Player of the Year” awards, including winning the most recent award in 2018.  Michael was also inducted into the National Fiddle Player Hall of Fame in 2018, as well as receiving a Grammy nomination for Best Bluegrass Album, “Fiddler’s Dream”. He and his group, Flamekeeper, are also 5-time IBMA winners for Instrumental Group of the Year.  “He plays fearless and…makes you play fearless,” says Country Music Hall of Famer Vince Gill. Muncie’s own Bashville Boys will open the show.

New West recording artist JD McPherson will bring his highly resonant voice and vintage-inspired 40s and 50s sounds to the Canan Commons stage on Saturday, August 3rd. McPherson has cut a distinctive path on the roots and Americana scenes, breaking through with his propulsive 2010 single ‘North Side Gal’ off his debut “Signs and Signifiers” on Rounder Records. He quickly built a rabid following and has drawn critical praise for his soulful analog aesthetic, including an Independent Music Award for Best Roots Album. Subsequent albums, like 2015’s “Let the Good Times Roll” and 2017’s “Undivided Heart and Soul,” continue to find McPherson building upon his old-school passions.

Renowned blues artist Tommy Castro and the Painkillers will grace the Three Trails Series with a performance on Saturday, August 24th. With six Blues Music Awards to his name, including the coveted B.B. King Entertainer of the Year award (the very highest award a blues performer can receive), Castro has released 15 albums over the course of his career, ranging from horn-fueled soul and R&B to piping hot blues and fiery rock ‘n’ roll. He’s performed all over the world, earning countless fans with his legendary, sweat-drenched, exhilarating live shows. As for his current band, the Painkillers, Castro says, “This is the best band I’ve ever had…. Every song we play live now has the right feel—all the dynamics. It allows us to jam out more on stage.”  Opening the show will be Muncie native Chad Nordhoff and his band New Roundabout. This concert is sponsored by the Community Foundation of Muncie and Delaware County.

Concluding our season on Friday, September 27th will be modern Cajun band Lost Bayou Ramblers. With their Jack White produced performance in the 2017 documentary series, “American Epic,” the Lost Bayou Ramblers’ reputation as one of the world’s finest traditional Cajun outfits, if one of the least orthodox, has become more widely known. With eight albums, a Grammy nomination, contributions to the score of the Oscar-nominated “Beasts of The Southern Wild,” and touring stints with both Arcade Fire and the Violent Femmes, the Lost Bayou Ramblers continue to swing wide from their Louisiana home base. But their reputation within that base is solidly established, reflected by their 2012 release “Mammoth Waltz” being selected as #2 in the “Top 21 Louisiana albums of the 21st Century” by the Times Picayune. The Ball State University Jazz Ensemble, under the direction of Mark Buselli, will open the show. This concert is sponsored by Ball State University. 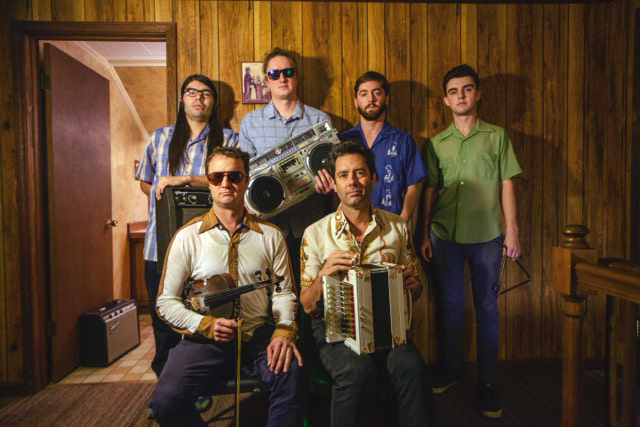 The Muncie Three Trails Music Series is a non-profit partnership between Muncie Downtown Development Partnership, Muncie Arts and Culture Council, and Rick Zeigler, series founder and organizer. The mission of the series is to bring critically acclaimed, national recording artists to perform at Canan Commons, Muncie’s premier outdoor performance venue, located in the heart of Downtown Muncie. A second mission is to promote the many recreational, artistic, and cultural attractions located along, or in close proximity to, Canan Commons and Muncie’s popular “Three Trails” — The White River Greenway, Cardinal Greenway, and Muncie Arts and Culture Trail. We hope attendees will heed our slogan, “Explore the Trails, Enjoy the Music”.