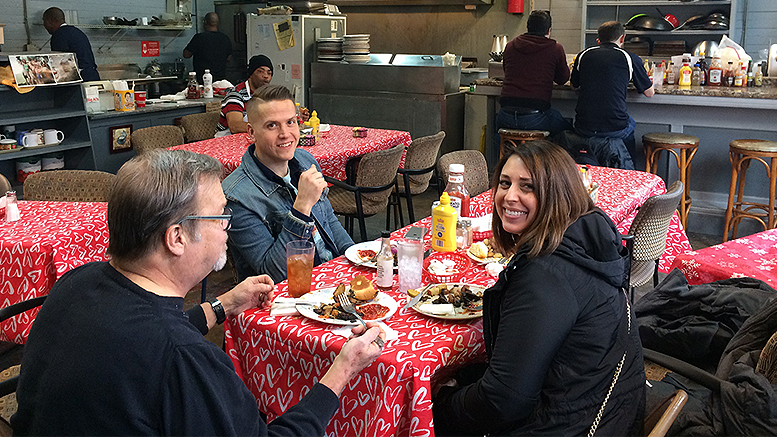 Not long ago, Nancy and I drove south to visit our son and daughter-in-law in one of our favorite places, Nashville, Tenn.

This trip just served to highlight the wide range of attractions there.

Yes, I like a whiskey-fueled romp through a Nashville honky-tonk as much as the next tourist, just so long as I don’t have to dance or otherwise move my feet. But this trip, we started off at the Frist Art Museum, where a very cool exhibit of paintings was on display. It included works by some of art history’s heaviest-hitters, including Monet and Manet, Toulouse-Lautrec, Degas, Picasso and Van Gogh.

And you could walk right up to them! The paintings, I mean, not the artists. They are all very dead.

This exhibit was almost scary, it seemed so open. At one point my nose was no more than a foot from a Van Gogh portraying a container of delicate white flowers. At the very least, you’d have thought the painting should be equipped with a salad-bar sneeze shield. More ominously, the slight ridging effect in his layered oil paint was right there. Had I wanted to, I could have easily scratched off a chip of Vincent’s paint with a fingernail.

Of course, had I been so inclined, there were strategically stationed guards watching. But take it from me, seated on stools, some very paunchy and others with facial expressions that could best be described as disinterested, they hardly seemed a protective force to be reckoned with. Nevertheless, I found myself hoping that, had I so much as looked like I was even thinking about touching the painting, these guards would somehow magically transform themselves into superheroes and pummel the living crap out of me. Same goes for anyone else who tried.

Anyway, the wonderful Frist exhibit gave me way beyond my minimum daily requirement of class and culture.

But Nashville does the same with your minimum daily requirement of down-home love, warmth and enrichment, most often served up on with a knife and fork.

This brings us to Big Al’s Deli. 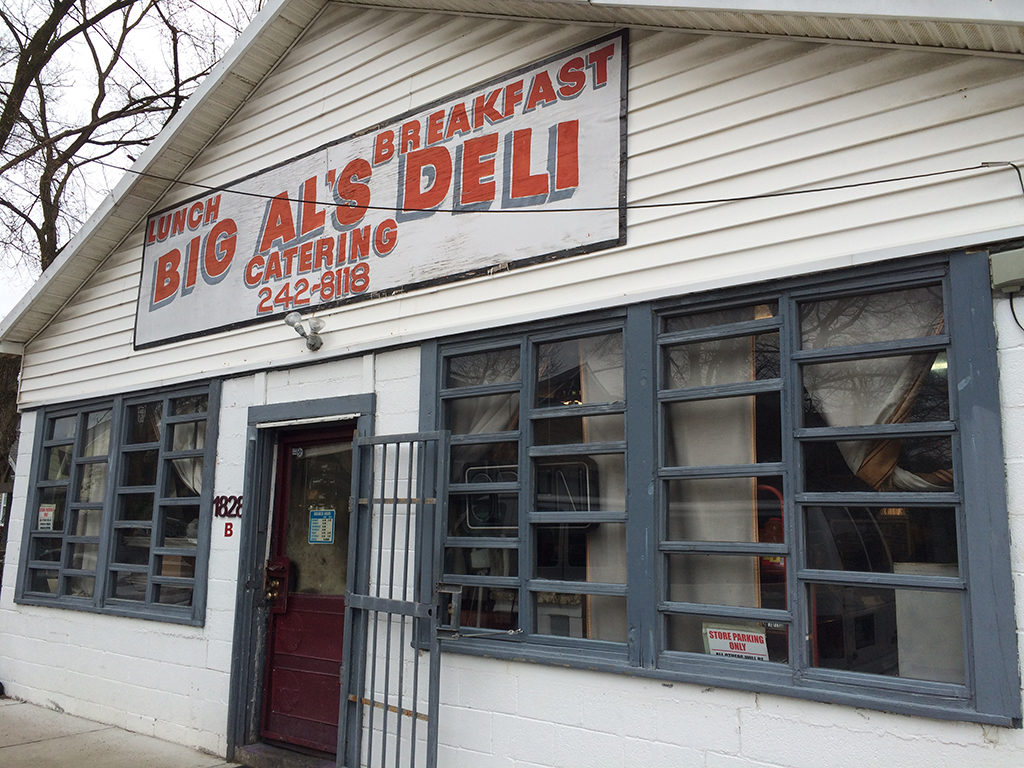 Big Al’s is not the sort of restaurant lit up in flashy neon. Photo by: Nancy Carlson

As a longtime fan of singer-songwriter John Prine, I was watching CBS “Sunday Morning” a month or two ago when an interview with Prine was one of the featured segments. Part of that interview was conducted in Big Al’s, where Prine is a regular consumer of the man’s legendary homemade meatloaf. A couple punches into an iPhone’s GPS thingamajig and we were soon parked in front of the place, smack dab in the middle of an unpretentious neighborhood about a mile’s straight shot from downtown.

When we walked in, loud music was playing and the place was absolutely packed with happy diners. Our friendly waitress, who I’d seen in the Prine television segment, greeted us like old friends. Help yourselves to coffee, she told us, pointing out the pump pot surrounded by mugs clustered on a folding  tray table near the front door. Sweet tea? Let me mix some non-sweet with it, she advised, ’cause it’s way too sweet for non-regulars. Meanwhile, a condiment caddy on our table sat full of unfamiliar hot-sauce bottles, just daring us to try some. Before very long, she brought two heaping breakfast plates to Nancy and Stephanie. Shortly thereafter came the burgers Johnny and I had ordered.

“Those are gonna be the best burgers you ever tasted!” our waitress promised. Truth be told, she had a point, they being thick and delicious with irregular borders that proved these babies hadn’t been pulled from some freezer bag, nor punched out in a meat press. I nearly slid off my folding chair in ecstasy.

All this food, meanwhile, was enhanced by some of the best home fries I’ve ever crammed into my face, to put it delicately.

By the time we left, we were about the last folks there. Big Al and company were closing shop, as they do after lunch hour. Rarely have I exited an eatery feeling so quick a connection. We headed out to the street with compliments, goodbyes and handshakes all around, full of warm feelings for this place and the sweet folks who run it. Heck, standing up to leave I dropped my cane. “I’ll get it!” Big Al called, coming from around his grill before I waved him off.

Anyway, Nashville is a great place. But there is a downside compared to Muncie. Drive around our city and pick out a house you might reasonably expect to pay $60,000 for here. Down there, depending on the neighborhood, it might go for $400,000.

Then again, up here we don’t have Big Al, more’s the pity.