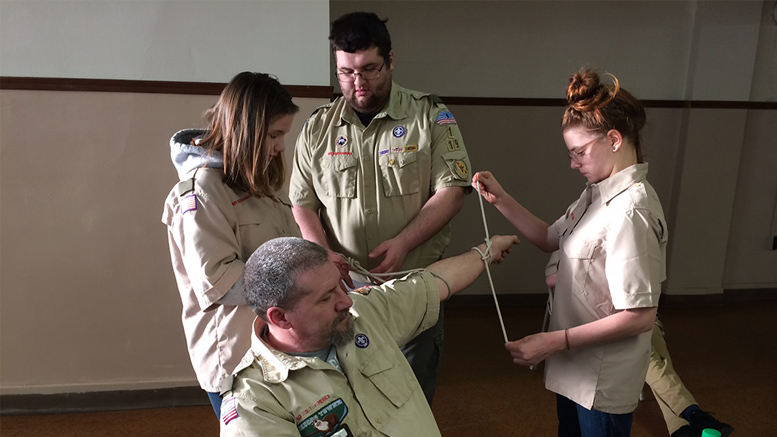 Muncie, IN— There’s a new look, locally, to the Boy Scouts of America these days.

“Any program that provides leadership skills to these kids is a fantastic thing,” said Tori Norris Murphy, discussing the national decision to accept girls, which was made in October of 2017. “It’s just one more option.”

A legal secretary for the firm McKinney and Malapit Law by day, Tori is the Scoutmaster of Troop 19 in her off hours and launched scouting for girls in this district in February. Talking with the former Brownie and Girl Scout about it, though, you get the impression that having girls in the Boy Scouts was never a foreign concept to her.

“It just wasn’t for me,” she said of her old scouting days. “I was more of a tomboy.”

It was 2010 when she became involved with Boy Scouts as a leader. “We’ve always had little brothers and sisters that tag along with us,” Tori explained. 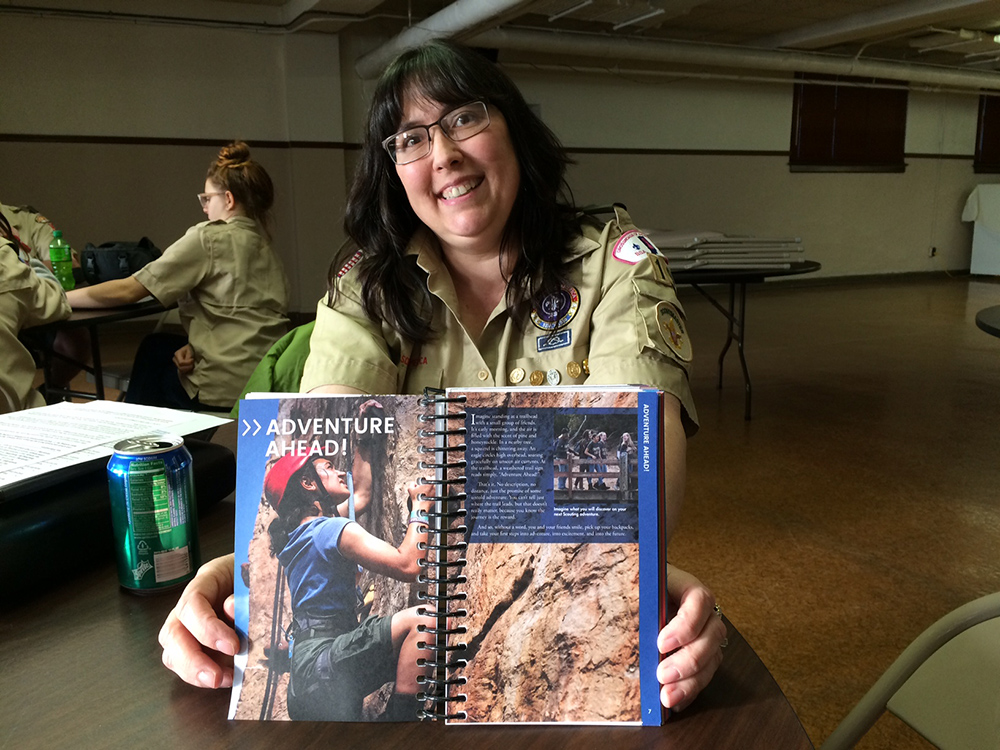 At one of their recent meetings, which are held in the basement of Riverside United Methodist Church on  Mondays at 6 p.m, Moira Teal and Anneka Tschuor went about opening the session in their Boy Scout uniform shirts. To begin, they offered scout salutes as they recited the Pledge of Allegiance. Before long they were practicing knot-tying on a convenient folding chair, and then on the patiently offered arm of Assistant Scoutmaster Mitch Teal, Moira’s father.  All this was under the watchful eyes of Charlie Murphy, Tori’s son, who has 137 merit badges, plus the highly regarded Hornaday Eagle Scout award. An environmentalist/conservationist award, only 1,100 Hornaday medals have been earned by scouts since their inception in 1917.

Also overseeing the girls, five of whom make up the troop, was Assistant Scoutmaster Shandra Teal. 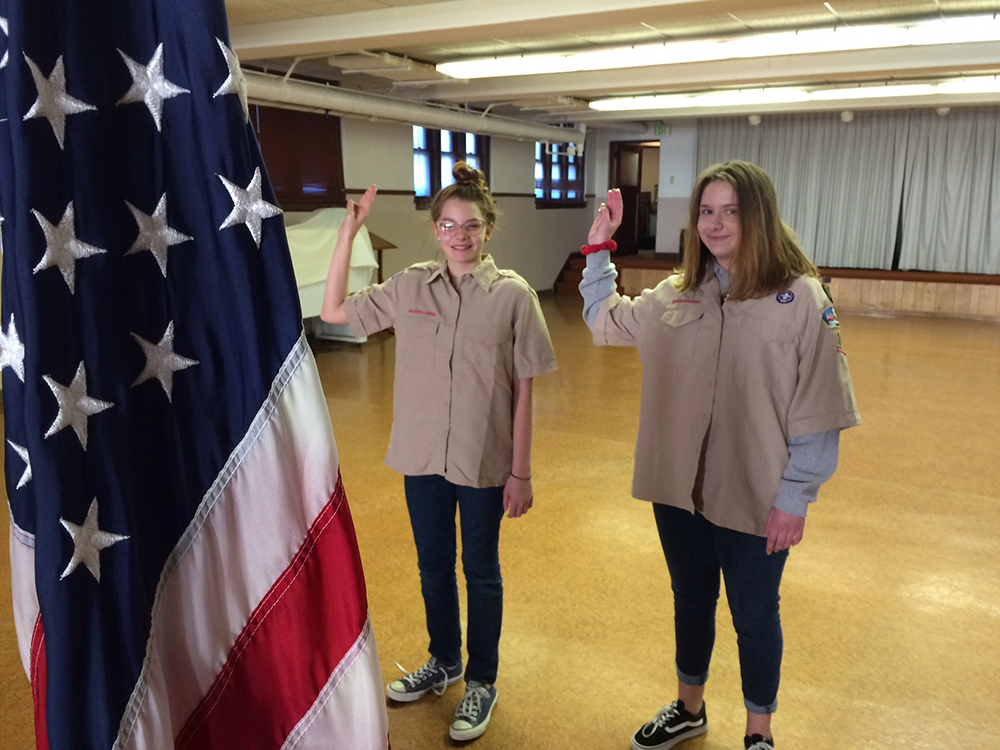 Moira’s interest in the Boy Scouts came as no surprise to her mother and father. “When she was little, she looked at me and said she was going to join the Boy Scouts,” Shandra recalled, noting how much she loved the outdoors. “She’s the kid who gets dressed up in makeup and a pretty dress and then goes mudding.”

She likes being a Boy Scout, Moira added.

“Earning merit badges is really fun,” the eighth-grader noted, recalling how much she had enjoyed getting her first-aid badge. “And the girls in the troop are really nice.”

But what does her mother like best about it for her daughter?

“Expanding her social and leadership opportunities,” Shandra said. “This is an amazing opportunity to develop leadership skills, even opportunities to find what might be your eventual occupation. … This is a way to get individual empowerment. And it’s very non-gender specific. Anybody can learn from what we’re trying to teach them.”

And yes, the boys of the Boy Scouts may have a had a slightly leery reaction upon learning the girls were suddenly welcome.

“At first they were like, what?” recalled Bill Myers, Scoutmaster of Troop 1, of which Tori is also an Assistant Scoutmaster. “But they are OK now.”

In fact, a number of Boy Scouts programs have always been coed, the leaders said, including Venturing, Exploring, Sea Scouts and STEM (science, technology, engineering, and math) Scouts. It’s not surprising, then, when the Boy Scouts offered up basic scouting to girls, it was part of an effort that was well thought out.

Tori can hold the evidence in her hands, in the form of the girls’ version of the Scouts’ BSA Handbook. It’s like the one the boys use, except the lavish illustrations inside all feature girls.

“They have to do the same things the boys are doing,” Tori said.

With that being the case, just like the boys, the girls are working toward the ultimate goal of becoming Eagle Scouts.

For the record, while camping trips are in the works, the girls and boys will be on separate sides of the campgrounds. “Linked but separate,” is the BSA’s catchphrase for this arrangement. In addition, Boy Scout policy is that campers sharing a tent must always be within two years of the same age.

Also, Tori has made it clear that her door – or maybe that should be tent flap – is open to any Scouts with concerns.

“I’ve told them, the boys, to tell me if they do or don’t want to do an activity together,” she said.