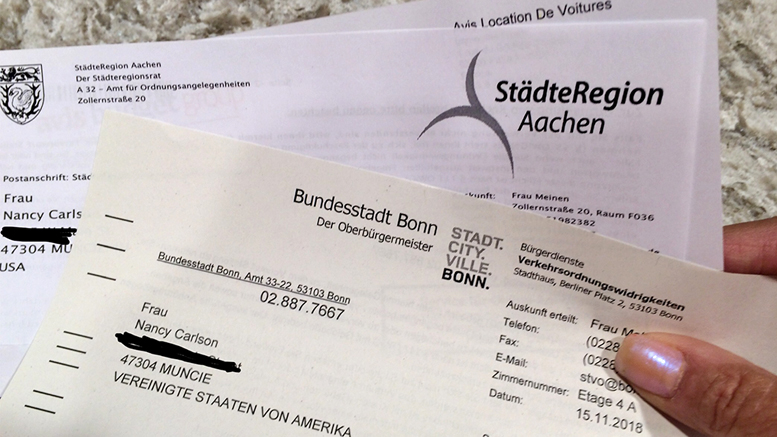 Speeding in Germany will get you these souvenirs. Photo by: Nancy Carlson

This summer my wife Nancy, her sisters Marti, Beverly and Margi, plus their sister-in-law, also named Nancy, visited Europe for two weeks, beginning in Normandy at the D-Day invasion site code-named Utah Beach.

They loved the trip.

What they did was follow their Dad’s path through World War Two. Their thoroughly-researched journey began where Louis Briggs hit the beach in France as a young American artillery officer. Later  they moved through Luxembourg, the Netherlands and Belgium, before crossing the Rhine River into Germany.

As you might imagine, this shared experience was very special for them.

Nancy and her sisters dined well on the local cuisine, even when – much to my wife’s chagrin – her grilled, gilled dinner stared up at her from its plate. They explored the ancient, historic sights, and Marti even got locked into one. They lit candles and relished quiet time in the same German church where their Dad had spent a long-ago Sunday, seated in a pew reflecting on the war. He was also undoubtedly praying to make it back to the Illinois farm country he loved, where his young wife, Helen Louise, awaited him.

As for those GIs who didn’t, the Briggs sisters visited grave sites – marked by endless rows of gleaming white headstones  – where their father’s lost comrades have rested for nearly three-quarters of a century now.

But to do all this required lots of driving. Just last week, this finally caught up with Nancy who, when the sisters divvied up the assorted costs of their adventure, agreed to cover transportation costs.  Truth is, the girls never said a word about being busted. It was hard to imagine them forgetting to tell me about some French motorcycle gendarme, possibly named Clouseau and wearing a pencil-thin mustache, rapping on the driver’s window hollering, “Sacre bleu, mademoiselles!  L’your speed le oola fastoola, s’il vous plait!”

But all Nancy got was a letter.

Make that, all “Frau Nancy Carlson” got was two letters. These were official letters from the German roadway authorities, informing her that their SUV had been nabbed for speeding, twice, by automatic traffic monitors.

Frankly, my first thought upon seeing these letters was, say what? Is this a joke? It wasn’t too long ago that thousands of German vehicles – Tiger tanks, most notably  – broke loads of other countries’ traffic laws while ripping across vast stretches of Russia, Poland, Holland, France and who knows where else. It seemed only logical to assume, then, that the guy in charge of paying the Wehrmacht’s traffic fines had been delivered a crapload of tickets himself. Had they all been paid? Somehow, I doubted it. Was it too much to hope, then, that they might offer modern-day scofflaws a little break, be a little lax on traffic enforcement?

Yep. It was too much.

Right from the start, you could sense the Germans weren’t likely to let the notorious Briggs sisters’ two traffic tickets slide. Furthermore, it was my Nancy they were putting the squeeze on. “Sehr geehrte Frau Carlson,” the letters accompanying these tickets read. “Ihnen wird vorgeworfen … Sie uberschritten die zulassige Hochstgeschwindigkeit innerhalb geschlossener …”

Whoa, I gasped. Did some German traffic goon just have the gall to call my wife a “geschlossener”? And if so, what exactly was a geschlossener?

But mostly all I could think was, “Now wait just a gol’ darn minute here.” Sure, my German was a little rusty. But whatever the citations read, obviously “wird” was short for “weird,” and the meaning of “die” seemed pretty danged obvious. What really got me, though, was that greeting. Ain’t nobody, I told myself, gonna call my wife a “sehr geehrte”!

The last guy who tried ended up in IUBMH’s emergency room.

That’s total baloney, of course. I’ve never sent anybody to the emergency room, unless you count my old buddy Chuck, who ticked me off one time in ninth grade. As I’ve reported before, in our fistfight outside school, I unleashed a flurry of punches that left him bent over, clutching his stomach and fighting for breath. Then I realized he was hyperventilating from laughing so hard.

So eventually I decided to forgive and forget the Germans. I mean, maybe “geschlossener” was Deutsch  for “foxy.” And “sehr geehrte”? Maybe that translated as “woman whose short, flabby  husband is actually a total stud muffin.”

Besides, between both offenses, it looks like Nancy only owes forty euros to Germany. Less palatable is the fact that the folks at Avis rent-some-wheels are charging her another eight-four euros. This is for the emotional devastation the Briggs sisters’ speeding inflicted upon them while tracing their Dad’s path through the war in Europe.

I keep one thing in mind, though. If not for the bravery of American kids like Lou back in 1944 and ‘45, it could have been some German sisters who traced their father’s World War Two path through the United States this summer. They could have hit Muncie. Maybe even Illinois. 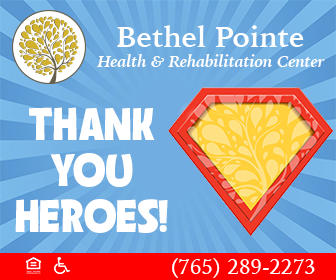