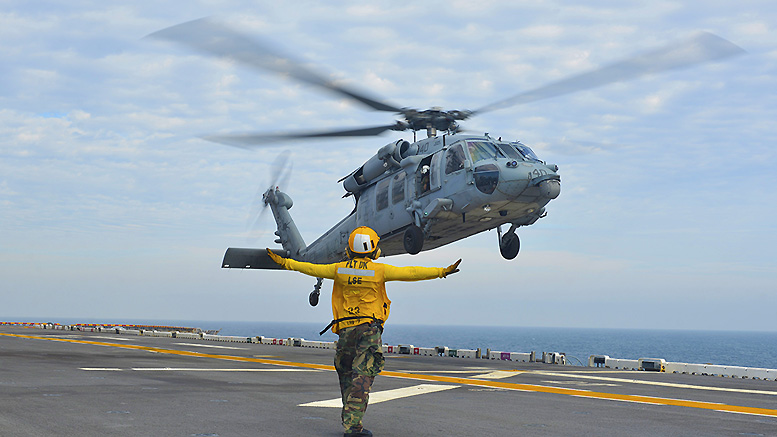 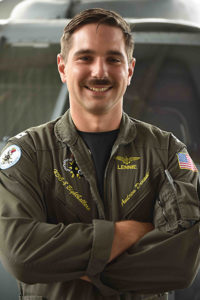 Lt. Andrew Drummond is a Navy pilot serving with the command, a versatile squadron that’s capable of completing a number of important missions for the Navy with the MH-60S “Knighthawk” helicopter.

“The best part about my job is interacting with the sailors and working with highly motivated and diverse people,” Drummond said. “I get the opportunity to meet people from all around the country, and also am a pilot, so flying is awesome too.”

Drummond credits success in the Navy to many of the lessons learned in Yorktown.“Growing up, I learned how to operate in a team environment while playing football,” Drummond said. “I learned about teamwork, resilience and commitment.”HSC 8 provides all-weather rotary wing operations, anti-surface warfare, special operations forces support, combat search and rescue, vertical lift search and rescue and logistical support.

“The best thing about serving at this command is the people I work with,” Drummond said. “The whole command is awesome. The commanding officer is dedicated and the junior sailors are motivated. There is a strong sense of camaraderie between everyone. I’m very fortunate to have had the opportunity to work with these sailors.”

Though there are many ways for sailors to earn distinction in their command, community, and career, Drummond is most proud of being selected as line division officer and making aircraft commander.

“Making aircraft commander has allowed me to make decisions for each flight that I am involved in,” Drummond said. “Working in the line shack has meant that my command has confidence in me and my ability to lead. It is extremely rewarding working with sailors in that division as aircraft commander. It took lot of hard work and there was plenty of stress, but the pinnacle moment of a helicopter pilot’s career is to be able to lead and make decisions within the aircraft.”

As a member of one of the U.S. Navy’s most relied upon assets, Drummond and other sailors know they are part of a legacy that will last beyond their lifetimes, one that will provide a critical component of the Navy the nation needs.

“Serving in the Navy is a commitment, first and foremost, to the country and more relevant to everyday life,” Drummond said. “Commitment to the squadron means basically putting yourself second and putting mission and team first. Something we don’t see a lot in modern society.”