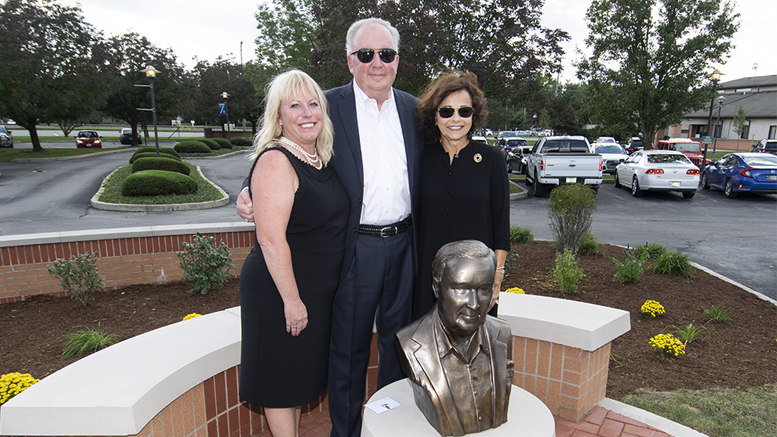 Muncie, IN— The 12th Annual Shafer Giving Society luncheon was held at the Youth Opportunity Center on Wednesday, October 3rd.  Each year, the YOC Foundation hosts the Shafer Giving Society Luncheon to honor donors and friends for their continued commitment to the Youth Opportunity Center and to celebrate the legacy created by the late Hamer and Phyllis Shafer.

Ashley Williams, Director of Program Services at the YOC is pictured giving remarks during the Shafer Giving Society luncheon.

This year, special recognition was given to Kelly Stanley for his support and dedication to the YOC’s first and only capital campaign. Stanley was the Campaign Chairperson for the campaign that exceeded its original goal of $4,250,000 by 13% and raised $4,808,659.22 to support children at the YOC.

During the luncheon, Rick Rowray, CEO of the Youth Opportunity Center said, “Kelly was THE driving force in raising $4.8 million dollars for the YOC Capital Campaign. Through planning meetings, brainstorming times, update sessions, scheduling of activities, identifying points of influence, utilizing connections, through late night texts, detailed and numerous emails, impromptu phone calls, and seeking accountability from others, Kelly Stanley demonstrated a drive and a focus to accomplish these daunting goals, all while keeping an eye on the kids!”

Upon reflecting on the honor, Stanley said, “The whole experience was very humbling. I very much appreciated the recognition and honor. But, it’s really about the kids. I had the opportunity a while back to take a tour of the YOC and was looking at all the donor names at the Shafer Giving Plaza, and I realized that Donna’s and my name was not there anywhere. During our tour of the YOC, my heart wasn’t just touched. It was grabbed. So that very day we determined that we wanted to help the YOC in some way.”

Stanley made note of a quote by Derek Jeter that has stuck with him.  After a great career with the New York Yankees, Jeter said upon his retirement, “The thing about memories is that memories can be passed from generation to generation.” Stanley hopes that in years to come, if someone visits the Shafer Giving Plaza— sees his sculpture and wonders WHY it is there—it will give the YOC an opportunity to revisit the memory about the first and only capital campaign.  Stanley said, “If that campaign memory and discussion motivates people to be supportive of the YOC, then its all been worthwhile.” 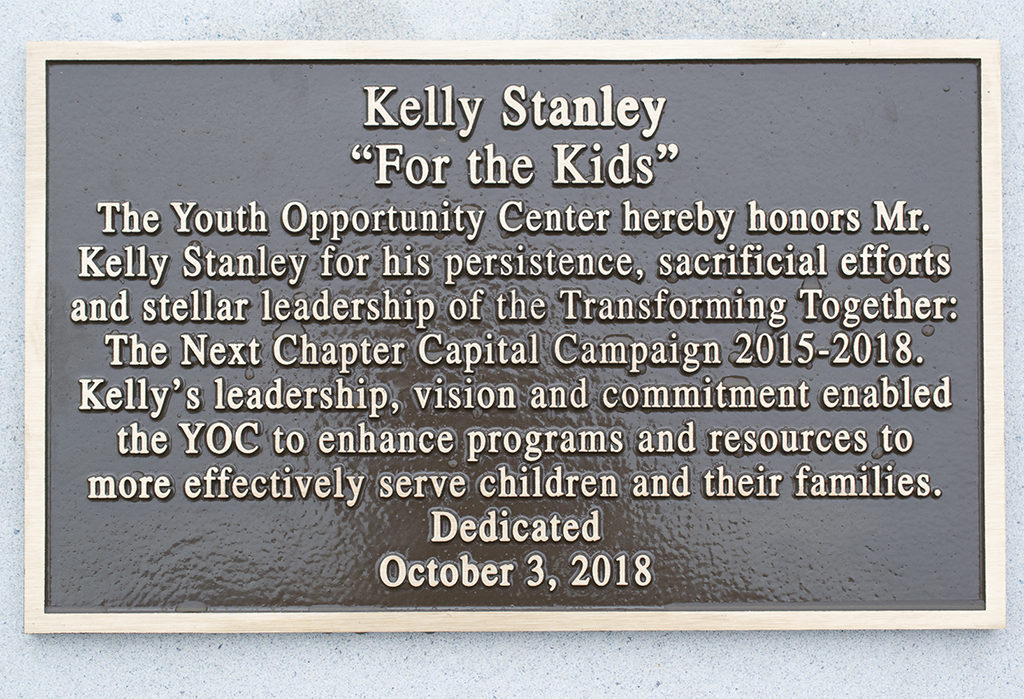 Over the course of 4 months, Yorktown artist Kenneth Ryden created the bronze sculpture of Stanley that is now located in the Shafer Giving Plaza on the grounds of the Youth Opportunity Center.

Born in Chicago, artist-sculptor Ryden is one of the Midwest’s most accomplished sculptors. Working primarily in bronze, his works range from compelling abstractions to heartfelt renderings of mans deepest aspirations and most ethereal visions. Ryan’s work can also be seen at the YOC through his “Awakening Potential” sculpture that stands in the center of the Shafer Giving Plaza.

The video below was played during the luncheon, and featured a YOC staff member, and former resident.

If you would like to make a donation to the YOC, please visit the weblink below.
https://www.yocinc.org/donate/

About the Youth Opportunity Center

The Youth Opportunity Center (YOC) is a nationally accredited, not-for-profit behavioral treatment center serving children and youth from throughout Indiana. Founded in 1992, the YOC, in partnership with area agencies, offers a complementary range of services on its 75-acre campus including residential and outpatient counseling, on-grounds accredited school, CASA (Court Appointed Special Advocates), juvenile court, day treatment program, and juvenile detention. The YOC is accredited by the Council on Accreditation (COA) and the American Psychological Association (APA).