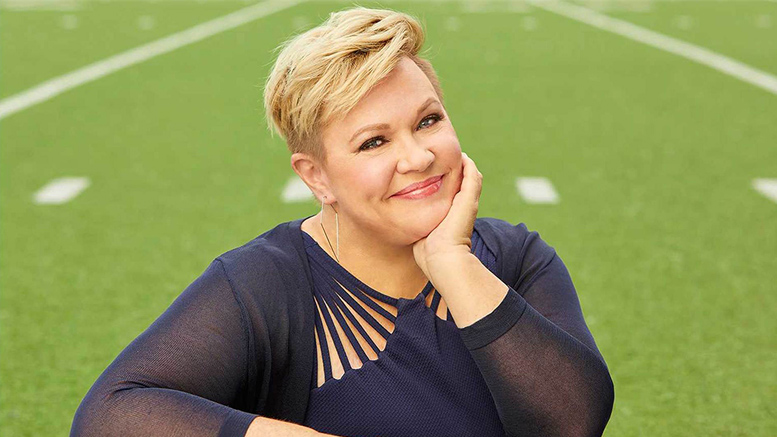 Muncie, IN—Ball State University’s College of Communication, Information, and Media, in conjunction with Ball State Athletics, is pleased to announce that ESPN reporter and play-by-play commentator Holly Rowe will visit campus on Monday, Oct. 22. Rowe will speak on Working and Living with Passion and Purpose in Emens Auditorium beginning at 7:30 p.m.

The event is part of The David Letterman Distinguished Professional Lecture and Workshop Series. The presentation is FREE and open to the public – no ticket necessary.

Rowe joined ESPN on a regular basis in August 1998 and had previously served as a sideline reporter for select ESPN telecasts in 1997 and for ABC Sports from 1995-96. Rowe primarily covers college football, men’s and women’s basketball and softball as a reporter, as well as the NBA and WNBA. She has also provided play-by-play commentary for women’s college basketball, softball, volleyball and gymnastics. In addition, Rowe has covered soccer, swimming, track & field and the Little League World Series of baseball and softball for ESPN. She plays a role in espnW’s coverage of the sports she works on. Rowe also continues to serve as the reporter for the Women’s Final Four.

Rowe has also provided play-by-play for women’s college basketball and women’s college volleyball for ESPN since 1998 and Fox Sports from 1993-2003. Rowe was one of four play-by-play announcers on ESPN’s coverage of the 1998 Women’s World Cup and has hosted ESPN’s coverage of the Running of the Bulls. She was also the analyst for the WNBA’s Utah Starzz until the franchise moved to San Antonio. Rowe served as the play-by-play voice for BYU women’s basketball, volleyball and gymnastics from 1993-2009 and as a BYU and Air Force football sideline reporter for the Blue and White Sports Network from 1993-97.

She graduated from the University of Utah with a broadcast journalism degree. While at Utah, Rowe was a sportswriter for the Daily Utah Chronicle and the Davis County Clipper, and anchored the campus TV station news.