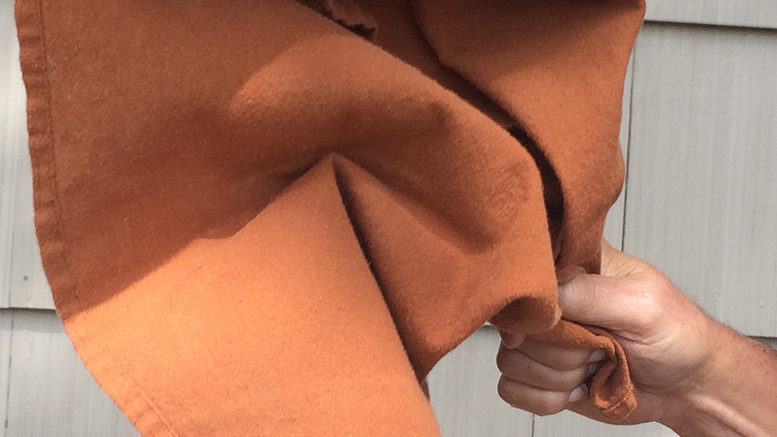 What’s in waving a rag? The fate of hopeful racers. Photo by: Nancy Carlson

A few weeks ago I was watching the Indycar race at Pocono Raceway on television, when driver Robert Wickens spun up into the catch-fence in what was a very ugly crash.

No doubt about it, he could have been killed.

Witnessing that accident reaffirmed a nagging belief: Maybe it was good I hadn’t become a famous  Indycar racer after all.

That’s not to say I didn’t want to become a famous Indycar racer. I did want to. The desire was instilled in me by going with my Dad to countless super-modified races on summer Saturday nights throughout my youth. But I didn’t have nearly enough money to race, because I foolishly became a newspaperman instead of a counterfeiter.

But then Nancy and I married. She being a successful businesswoman with a commensurate salary and a willingness to indulge her dopey new husband’s whims, I was soon enrolled in the Skip Barber Formula Ford road-racing school. Heading off to Mid-Ohio Sports Car Course, I prepared to fulfill my racing destiny.

For the not-exactly-nominal sum of $2,500, we future A.J. Foyt, Al Unser and Guido Dacco wannabes bought three days of racing around Mid-Ohio at ever-increasing speeds. Sandwiched between the drives were classroom lessons on clipping the apex of turns, double-shifting, and not driving like a bunch of  witless Bozos.

This was in 1982, sort of the dawning of race car drivers’ corporate quests for that all-important sponsorship money. There were a few of us students who were handsome, confident and well-groomed, the type of presentable young men who could walk into a boardroom and ask a CEO for a million dollars to go racing.

I was not one of them.

Personal experience had proven that at any given moment, you could spot me walking around with my zipper down, my socks mismatched and my shirt bearing the crimson slash of a day-old spaghetti sauce stain. In short, I didn’t have a chance in hell of selling anybody anything, not even the folks at Ragu.

Did I have the right stuff to race? Sure! Why the heck not?

I’d learned to fly before I could drive, after all, which meant I probably wasn’t a complete klutz on the coordination front, even if I couldn’t chew gum and pat the top of my head at the same time. That I possessed my learner’s permit for only two weeks before getting my driver’s license proved I was a quick study behind the wheel. I was even good enough that my smarmy driving instructor would direct me to the nearest diner, where we’d spend every lesson slurping coffee, smoking cigarettes and talking about girls before he dumped me off back at my high school.

Road-racing school was a bit more intense, though. By midway through Day Three we were hitting well over 100 m.p.h. on the straights, clipping those apexes for the most efficient way through a corner, and considering ourselves quite the hot dogs.

A few of the guys actually were quite the hot dogs, or someday could be. We students had been divided into two groups. While one group drove, the other group gathered around its instructor, listening raptly to his comments and critiques. When a gifted student raced expertly past, he would say so, though to our untrained eyes that guy’s line through a corner didn’t look much different than anybody else’s.

At the end of our training, the final test was driving Mid-Ohio at top speed. Oddly enough, this speed was largely determined by one’s skill at braking. Braking too soon wasted momentum, and your track time suffered.

With the other group driving first, we gathered at the very end of Mid-Ohio’s longest straight to watch. This straight ended in a wicked turn. You’d be barreling along, heading directly for a thick stand of trees, whip the car hard right at the end, traverse an equally tight uphill/downhill curve, then go on your merry way. Getting through there quickly meant going fast as you could before braking at the last possible second.

One by one these guys came speeding past. With one or two exceptions, our instructor fluttered a rag at them. That’s sweet, I thought. Somehow, he hadn’t seemed like the kind of softie who’d wave bye-bye to his students on their graduation drive.

“That’s so nice of you, sir!” I said, but he just stared like I was some kind of dumbass.

Thus was our group introduced to the “wimp flag.”

No, our instructor hadn’t been waving “bye-bye” to them. He was signaling “bawk–bawk,” as in conveying a visual reference to the sound of true chicken-hood.

Naturally, we all laughed our butts off at the other guys’ woeful performances. Once in the cars ourselves, though, every one of us made serious secret vows: We’d rather crash into the trees than be proven a bunch of wussies like those first guys.

When it was finally my chance, I came out of a sweeping right-hand turn onto the straight and buried my foot in the accelerator. Sitting low to the ground, I felt the pavement rush blindingly past, as that deadly, hair-raising turn grew closer and closer. In three days, I had never driven the Formula Ford that fast. Something inside me said, “OK, time to brake!” but I ignored it. “Now!” my brain warned, but I ignored that, too, gripping the wheel tighter. The blood in my veins felt icy cold as I stayed hard on the gas. “What are you DOING?”a panicky voice inside my head erupted, but went unanswered.

“Oh my God, brake NOW!!!” every fiber of my being screamed, as I wracked the car into an impossibly hard right turn.

And flicking a glance where my instructor stood, I saw that jerk waving the wimp flag.

That is why I am not a famous Indycar racer today, nor even a non-famous, mostly unsuccessful one like the late Guido Dacco, may he rest in peace.