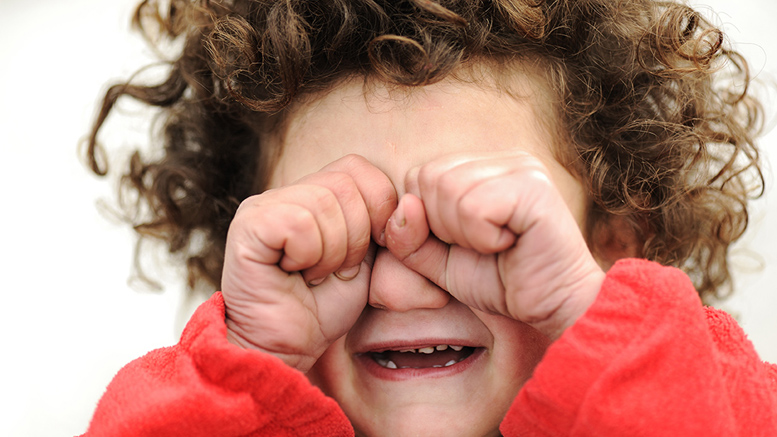 A re-creation of the aftermath of my ninth-grade paddling. Photo by: story blocks

The other day I saw a national news story about a school system down South that is initiating an innovative method of controlling unruly students’ classroom behavior.

It’s called “swatting them on the butt with a paddle.”

That’s right, it’s good old corporal punishment, something that used to be fairly common in schools back in my day. I know this from personal experience, having been swatted a couple times during my own stellar public-school career.

Maybe it’s my imagination, but I doubt our schools back then engendered the sort of disciplinary problems that seem fairly routine today. The most shocking case of schoolroom insurrection I ever witnessed came in a tenth-grade math class, when a buddy of mine argued with a teacher who fit the description of an “old battle axe.” As she mercilessly castigated him for his lack of mathematical prowess, my friend got madder and madder until he finally exploded.

While we, his classmates, sat in stunned silence at this shocking breech of schoolroom decorum, he schlepped down to the principal’s office to meet whatever cruel fate awaited him. And that was it. No throwing things. No F-bombs. No death threats. Just “Whadaya want? Egg in your beer?!?!?” The worst school meltdown I ever witnessed.

Those were, indeed, different days. Did the threat of corporal punishment help keep us students in line? I believe it did. In fact, in the earlier grades, we kids were downright fearful of the legendary “electric paddling machine” said to occupy some darkened corner of our school’s inner recesses. None of us knew how this machine worked, what it looked like, nor which ghoulish, maniacally-cackling school administrator operated it, but we believed beyond a doubt that it existed.

Both my encounters with paddles, however, involved the old-fashioned, hand-propelled kind. My first  was in seventh- or eighth-grade history class. I don’t even recall what I was whacked for. Talking in class, probably. Anyway, back then boys often wore heavy corduroy pants to school. Having manfully endured my swat because I barely felt it through my thick trousers, I sauntered back to my seat basking in a sort of celebrity status that had previously been unknown to me. Yeah, Ace Carlson wasn’t some kind of lackey who’d let “The Man” dictate his behavior. Not without a whoopin’ anyway!

But my second whack? That one remains burned in my memory.

It came after ninth-grade gym class, which was taught by our school’s no-nonsense, tough-as-nails hockey coach. There were probably thirty of us guys in there, and we were all lying on the floor doing exercises. Now, if I had any personal pride left these days, I would probably write that I didn’t recall what got me in trouble. That would be a lie, though. What happened was, right in the middle of a sit-up and with absolutely no warning, I made what you might call an unfortunate noise.

Of course, physiologically-speaking, it wasn’t intentional. Embarrassing as it was, it could hardly be helped. The thing was, in a panicky effort to divert unwelcome attention from myself and the unfortunate noise I had just made, I glanced next to me and spotted a mild-mannered kid with the unique last name of Bobo.

“Way to go, Bobo!” I spat with stunning alliterative effect, as his jaw dropped.

Regrettably for me, four or five of my closest friends immediately pointed my direction,  informing the hockey coach that poor Bobo was blameless, and in fact, the noise had actually emanated from Carlson.

Dang it, I thought. Nailed again.

The long and the short of it is, the coach’s wooden paddle was about two-feet in length and an inch thick, with holes drilled through it to achieve maximum velocity by cutting down on wind resistance. My swat, delivered by the coach like he was hammering a puck past a goalie in the Stanley Cup playoffs, landed just before I stepped into the showers. In other words, I was buck naked. While I couldn’t seethe effect that hole-covered paddle had on my bare backside, I assumed on the walk to my locker I was the only guy sporting a polka-dotted bottom.

So how upset were my parents at this abuse of poor little Johnny? Not a bit. That’s because in neither case did I rush home to tell them what a terrible injustice had befallen me. Mom would have just told me to wait until my father got home. And my Dad? After a long, pressure-filled day adjusting chemicals at General Motors, he would have laughed his head off, and possibly even whacked me himself, just to let off some steam.

But that’s all right. I don’t think either paddling damaged my sense of self-worth, and maybe they even taught me some important life lessons, especially about making unfortunate noises in public. So, is paddling a practice whose time has come again? Beats me, but it can’t hurt.

Except, of course, where you sit.