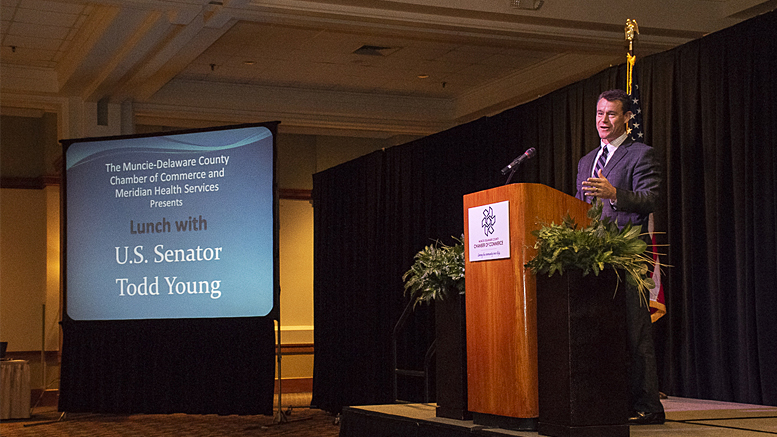 U.S. Senator Todd Young is pictured presenting to members of the Muncie-Delaware County Chamber of Commerce and guests at the Horizon Convention Center. Photo by: Mike Rhodes

Muncie, IN—On Thursday, August 9th, 80 members of the Muncie-Delaware County Chamber of Commerce and their guests listened to remarks by U.S. Senator Todd Young during a luncheon at the Horizon Convention Center.

Senator Young represents the State of Indiana. He currently serves on the Senate Committees on Foreign Relations; Health, Education, Labor & Pensions; Commerce, Science & Transportation; and Small Business and Entrepreneurship. Previously, in the House, he served on the House Armed Services Committee, the House Budget Committee, and most recently the House Ways and Means Committee.

The senator gave an update on some of the accomplishments of our country, U.S. Congress and specifically the U.S. Senate.

“We’ve gotten a lot done,” he said. “That may contradict some of your impressions. Washington is portrayed as a polarizing place that doesn’t get things done. There’s a measure of polarization—I have to acknowledge that. But we’ve gotten quite a bit done. In fact, a historic amount of work.”

You can listen to the senator’s entire remarks at the end of this article, but here are some of the highlights. He said:

At the end of Senator Young’s remarks, he was presented with the Spirit of Enterprise award by Kevin Courtois of the U.S. Chamber of Commerce. 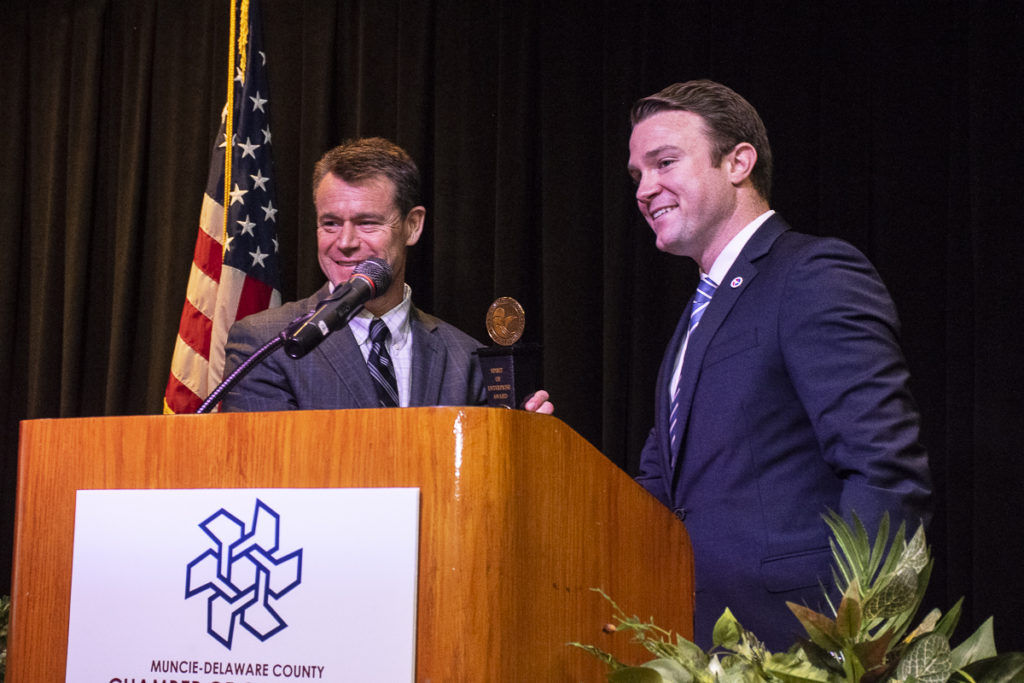 Senator Young is pictured receiving the “Spirit of Enterprise” award presented by Kevin Courtois of the U.S.Chamber of Commerce. Photo by: Mike Rhodes

You may listen to the Senator Young’s entire presentation recorded by WLBC’s Steve Lindell by clicking on the play button below.